Mike Miller has been the interim head coach of the New York Knicks for 44 games, but will he be there when the 2020-21 NBA season begins?

Although the NBA is currently suspended due to the coronavirus pandemic, rumors continue to swirl about New York's search for its next head coach.

This will be the first coaching hire for Knicks President Leon Rose, who was hired at the beginning of March, and it will be an important one as the team is mired in a stretch of seven consecutive losing seasons.

Perhaps the Knicks could hire Tom Thibodeau, who has eight years of head-coaching experience in the NBA with the Bulls and Timberwolves. And there's reason to believe he might be one of the front-runners for the position, according to Ian Begley of SNY.

"For what it's worth, several coaches and people with a vetted interest in Leon Rose's first coaching hire believe it will ultimately be Thibodeau—if he doesn't retain Mike Miller," Begley wrote Monday.

Thibodeau coached Chicago for five seasons from 2010-15, helping it reach the playoffs every year during that span. The Bulls' best season under him was their first, when they went 62-20 and reached the Eastern Conference Finals.

The 62-year-old coached Minnesota from 2016-19, getting fired midseason during his third year. He helped the Timberwolves make the playoffs in 2017-18, but they lost in the first round.

After not coaching during the 2019-20 season, Thibodeau is expecting to return to the NBA ranks next season, according to Stefan Bondy of the New York Daily News.

"Thibodeau is confident he'll get a job next season and has even been asking around the league for advice on picking the best opportunity, according to sources," he wrote Sunday. "The Knicks, Nets and Rockets are expected to have the three highest-profile coaching gigs available. Keep an eye on the Pelicans, Bulls and Hawks."

Bondy added that Thibodeau would be a good hire for the Knicks, but his "first choice" would be Kenny Atkinson, who left the Nets on March 7 amid his fourth season leading the team. Over that time, Brooklyn struggled, going 118-190 and losing its only playoff series.

Begley listed Jeff Van Gundy, Mark Jackson and Mike Woodson as other options who could be "good fits," in addition to Thibodeau and Atkinson.

One long-shot option would be University of Kentucky head coach John Calipari, who has previously stated he's not interested in the Knicks job. However, Begley "wouldn't entirely rule out" the 61-year-old as a candidate because of the Kentucky coach's "close relationship" with Rose.

Since Miller took over as the Knicks' interim coach, they've gone 17-27, and they were likely going to miss the playoffs for the seventh straight season. And since Woodson led them to the postseason in 2012-13, Derek Fisher, Jeff Hornacek and David Fizdale were all hires who failed to lead the franchise to its former glory.

But the next Knicks head coach will inherit a young core that features Julius Randle and RJ Barrett as they look to end the team's run of major struggles and finally turn things around. 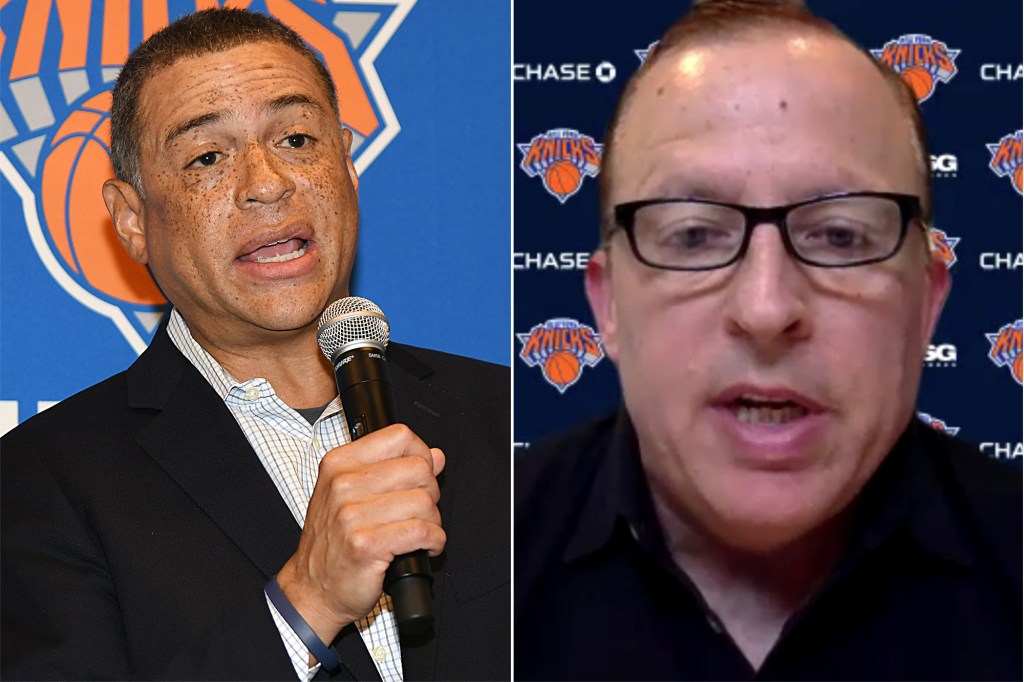