Amid the suspension of the 2019-20 NBA season due to the coronavirus pandemic, New Orleans Pelicans guard JJ Redick appeared on ESPN's Get Up! on Wednesday to discuss multiple topics, including the potential of teammate Zion Williamson.

When asked what he believes Zion can become over time, Redick suggested that nothing is out of reach for the 2019 No. 1 overall draft pick.

"An NBA MVP, first-team All-NBA, a Hall of Famer and a guy who leads teams to championships. I think that's his ceiling," he said. "He hasn't even come close, really, to scratching the surface, and as his skill level develops, as the game slows down a little bit for him, he's going to be even better, which is scary, for sure."

Williamson missed the first three months of his rookie season because of a torn right lateral meniscus, but it became apparent when he debuted Jan. 22 that he was as good as advertised.

Zion scored 22 points in his first NBA game, and through 19 contests thus far, he is averaging 23.6 points, 6.8 rebounds and 2.2 assists while shooting 58.9 percent from the field. 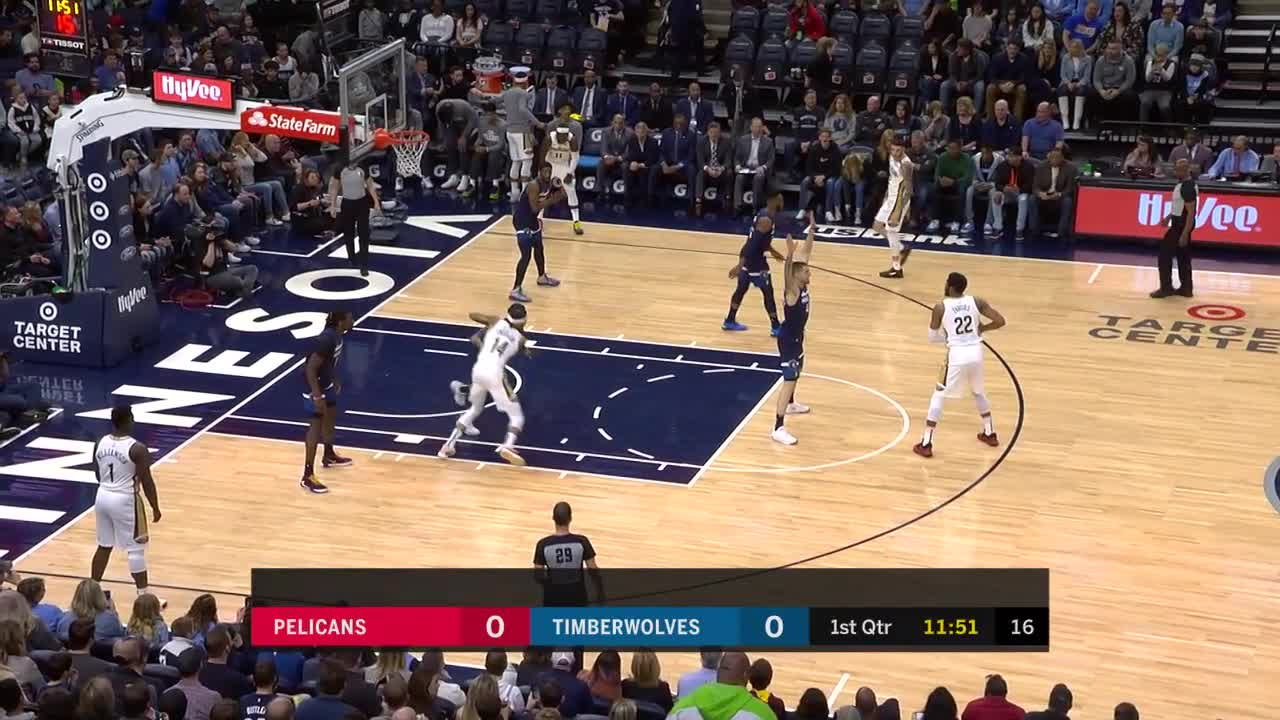 Williamson entered the NBA with a ton of hype surrounding him because of his accomplishments in high school and college, but Redick said he has been impressed by the manner in which Zion has handled it:

"Well, I know for him it was frustrating to start his rookie year with an injury, and to go through that rehab process, it's not a fun thing. I think the most impressive thing about Zion is just the levelheadedness that he has in regards to the amount of hype and attention that he gets. He seems, in general, unfazed by all of it, which I think speaks volumes about his maturity as a 19-year old."

Through 64 games, the Pels own a 28-36 record. That leaves them at 10th in the Western Conference, 3.5 games behind the Memphis Grizzlies for the eighth and final playoff spot.

The Pelicans were clearly a better team with Williamson in the lineup, going 10-9, and if Zion hadn't missed the first three months, it stands to reason that they would be comfortably in the playoffs.

If the 2019-20 campaign does resume, it is possible that the standings will be frozen, and the playoffs will begin immediately. The Pelicans would miss the postseason in that scenario, but they undoubtedly have a strong foundation in place for the future.

Veterans like Redick and Jrue Holiday are under contract for next season, while Williamson leads a young core that includes Lonzo Ball, Josh Hart, Jaxson Hayes, Nickeil Alexander-Walker and All-Star Brandon Ingram.

Both Zion and Ingram seemingly have what it takes to be perennial All-Stars, and if executive vice president of basketball operations David Griffin can keep a strong core around them, then the Pelicans figure to be a force in the Western Conference for years.

The only real question mark surrounding Williamson is his durability, as he missed significant time this year and during his one collegiate season at Duke with a knee injury.

If the injuries are an outlier rather than the norm, then Redick's predictions for Zion's career seemingly have a strong chance of coming true.

'Y’all Hear Us, But You Ain’t Listening'

The biggest roster regrets for each team 🤦‍♂️