The Memphis Grizzlies and swingman Dillon Brooks agreed to a three-year, $35 million extension on Wednesday, according to ESPN's Adrian Wojnarowski.

Brooks, 24, was averaging 16.1 points on 42.4 percent shooting (39.9 percent from three-point range) and 3.4 rebounds heading into Wednesday. He is in his third NBA season.

As Justin Phan of The Action Network noted, the Grizzlies have a bright future ahead with their young core:

The 26-25 Grizz have won seven of their last 10 games after defeating the Dallas Mavericks 121-107 on Wednesday. They are currently holding onto the eighth and final Western Conference playoff spot.

Brooks has played an integral part in the team's improvement from a 33-49 record last year, as he's third on the team in scoring behind Jaren Jackson Jr. and Ja Morant.

Brooks' loyalty to Memphis goes beyond his recent contract extension, as he made comments recently surrounding ex-Grizz forward Andre Iguodala, who did not report to Memphis after the Golden State Warriors traded him there last summer.

"I cant wait 'til we find a way to trade him so we can play him and show him really what Memphis is about," Brooks said Monday, per Mark Giannotto of the Commercial Appeal. 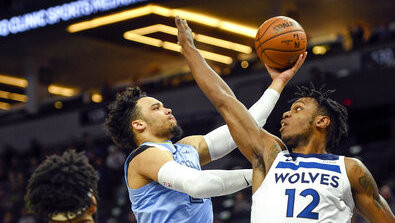 Brooks said the following, per ESPN's Tim MacMahon, after the Grizzlies shipped Iguodala to the Miami Heat in a deal that sent forward Justise Winslow back to Memphis.

Dillon Brooks on the deal that is expected to send Andre Iguodala to Miami and Justise Winslow to Memphis: “Now we have a player that we’re getting that actually wants to play with us and thinks we’re good.” https://t.co/LGjKIYmqIm

The Grizzlies and Heat won't play each other for the remainder of the regular season, but Memphis has bigger problems as it prepares to embark on a stretch of six road games in its next seven contests.

It's far from a make-or-break stretch for the Grizz, who enjoy a three-game lead over the ninth-place Portland Trail Blazers at the moment. However, it's still a tough test for the newly extended Brooks and the rest of the young Grizzlies, who are looking to make the playoffs for the first time in three years.

Still, Brooks and the Grizz have proven fearless and confident en route to toppling some of the league's best teams, including the Denver Nuggets, Los Angeles Clippers and Heat.

Nets, Magic lock up playoff spots in East; Grizzlies help own cause in West 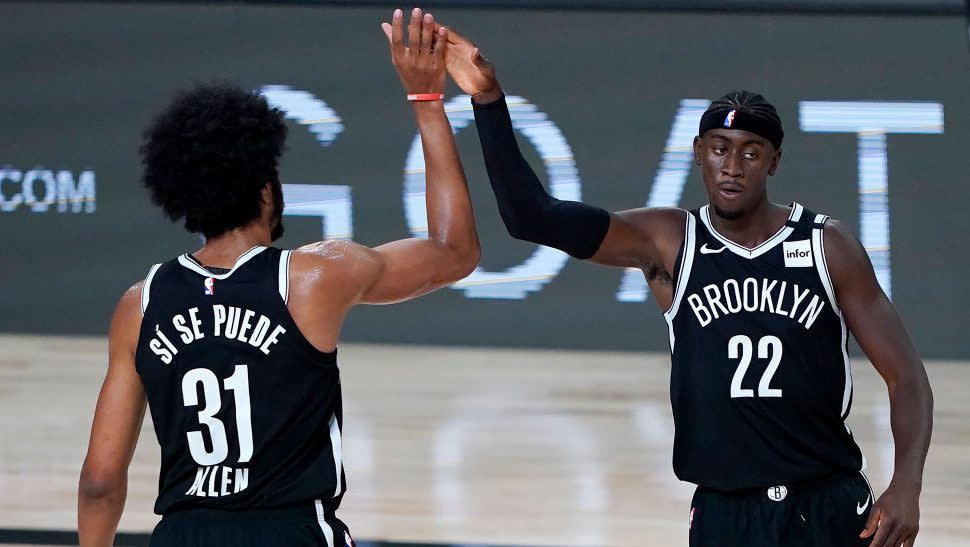 Nets, Magic lock up playoff spots in East; Grizzlies help own cause in West