It was 3rd-and-5 in the fourth quarter of the Seahawks-Packers divisional-round game, and the playoff lives of both teams had yet to be determined. Seattle was trailing but driving. Russell Wilson had been chased around all game and needed time to throw. So the Seahawks used both a tight end and a running back as extra pass protectors to try to contain linebackers Za'Darius Smith and Preston Smith.

Wise plan. But the Smiths had plans of their own.

While Za'Darius fought through a double-team on the left side of the formation, Preston raced past both tight end Jacob Hollister and right tackle Germain Ifedi. Wilson stepped up in the pocket but had no one to throw to: an unfortunate consequence of using two eligible receivers as bodyguards. Preston wrapped Wilson up, quashed the rally and essentially sealed the victory for the Packers. With two sacks apiece, the Smiths proved to be the difference between a chance to reach the Super Bowl and another year of disappointment and frustration.

That has been the story of the Packers' season so far, one that began taking shape long before training camp began. 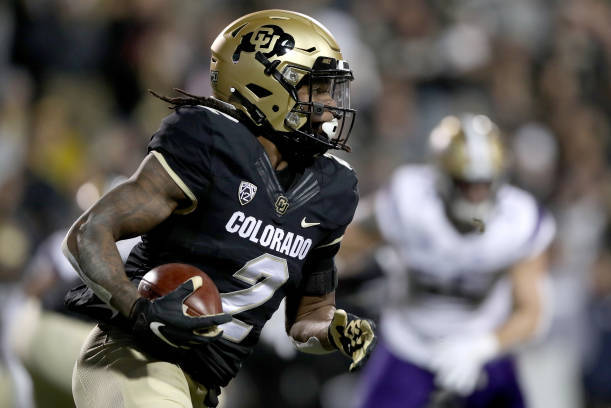 Before the Packers signed Za'Darius and Preston Smith in March, you could count their free-agent acquisitions of the previous decade on one hand. There was Charles Woodson, Julius Peppers, Jimmy Graham, um…Jeff Saturday and…er, that's just about it.

The Packers front office under Ted Thompson didn't believe in free-agent spending. Over the years, that philosophy became a mandate. Each year, the team fell a little further from their peak seasons of 2010 (Super Bowl champions) and 2011 (15-1 record). And each year, Thompson assured fans that slow, steady and thrifty would ultimately win the race.

The new Brian Gutekunst administration's willingness to open the coffers was a welcome change after back-to-back losing seasons, and the pass rush was an obvious area of need. But the new arrivals came at steep prices, and with questions. Za'Darius Smith (four years, reported $66 million) was a situational player for most of his four seasons with the Ravens and was coming off a career-high 8.5-sack season: exactly the type of player who can go bust once asked to play a larger role in a different scheme. Preston Smith (four years, reported $52 million) was coming off a four-sack season in Washington; statistically, he looked more like just another guy than an impact player.

Instead, they acquired a pair of defenders who would change the team's identity and make this year's Super Bowl run possible.

The difference that it makes

It was 1st-and-10 in the fourth quarter of Week 16. The NFC North crown and crucial playoff seedings were on the line. The Vikings were trailing but driving. Kirk Cousins needed time to throw. But instead of blitzing, the Packers choose to rush just three defenders.

A recipe for disaster, right? Three-man pass rushes are for Hail Mary situations only; otherwise, they're an invitation for a veteran to get comfortable in the pocket and pick the coverage apart.

With Za'Darius and Preston Smith's ability to each create a pass rush on their own, the Packers have gained a flexibility on defense few teams can counter.Al Pereira/Getty Images

But Packers defensive coordinator Mike Pettine had a pair of not-so-secret weapons: two of the three pass-rushers were Za'Darius and Preston Smith. They lined up on the same side of the formation. Preston, playing defensive tackle, was blocked by two Vikings linemen and a running back but still collapsed the pocket while Za'Darius wheelbarrowed the right tackle straight to the quarterback. They split the sack and halted the drive. The Packers won the game and the division.

Pettine hasn't had to blitz much this year: Per Pro Football Reference, the Packers blitzed on 22.7 percent of pass plays, the fifth-lowest rate in the NFL. But they have pressured opposing quarterbacks on 34.4 percent of pass plays, according to Football Outsiders, the fourth-highest rate in the league. Za'Darius finished second in the NFL to Cameron Jordan of the Saints with 65 pressures.

The advanced stats and percentages don't require much interpretation: Thanks to the Smiths, the Packers can generate sacks and pressure with just three or four pass-rushers, making life much easier for the back end of the defense. And opponents never know where those rushers will come from. Za'Darius lines up everywhere from the edge to defensive tackle to middle linebacker. Preston drops into coverage frequently, which can leave some poor offensive lineman searching for someone to block while other Packers pass-rushers converge on the quarterback.

Statistically, the rest of the Packers defense is nothing special: They finished the regular season ranked ninth in points allowed, 18th in yards allowed and (according to Football Outsiders) 10th in pass defense and 23rd in run defense. Without the pass rush provided by the Smiths, the Packers defense would not be close to playoff-caliber. The Packers might not have swept the Vikings and could easily have stumbled when their offense sputtered in other too-close-for-comfort victories.

If the Packers hadn't taken the risk of investing in the Smiths, they may have missed the playoffs for a third straight season.

The Packers needed more than just sacks this year. They needed leaders. It was time to open the organizational windows and spray some air freshener after 13 years of Mike McCarthy and Thompson. Aaron Rodgers can be [spends an hour searching for a diplomatic way to phrase this] aloof. Newcomers needed to be more than mercenaries for hire: They had to immediately buy into Matt LaFleur's coaching and convince others to buy in as well.

As ESPN's Rob Demovsky wrote in December, the Smiths have done just that. Za'Darius Smith is a team captain and formed a leadership council with Rodgers. And both Smiths have taken on roles that veterans like Clay Matthews, Peppers and Woodson held on the best Packers teams of last decade.

Linebacker Za'Darius Smith quickly became one of the Packers' leaders on the field and in the locker room after signing with Green Bay last offseason for four years and $66 million.Michael Ainsworth/Associated Press

The Smiths have also developed their own unique chemistry. As Wes Hodkiewicz reported for the Packers website in September, they have known each other since Preston hosted Za'Darius' campus visit at Mississippi State, and they ended up clumped in the same groups (same last name, same position) at the 2015 Senior Bowl and combine. They sometimes conduct joint interviews.

"Me and Za'Darius are like brothers," Preston said, per Hodkiewicz. "Just being on the same team with somebody you can relate to, somebody you've known for a long time, is great. Because it's easy for us to communicate and not shy away from talking about a lot of things with each other."

Stop us if you've heard this one before

It was fourth down in the season opener against the reigning NFC North champions. The chance to set a tone for the upcoming season was at stake. The Bears were trailing, but LaFleur's new Packers offense had struggled all evening, and a touchdown would tie the game.

Preston and Za'Darius Smith ran a stunt, with Preston looping behind Za'Darius. Two blockers latched onto Za'Darius while Preston raced past. Preston tripped Mitchell Trubisky, and Za'Darius arrived a moment later to make sure the quarterback didn't stumble away.

"He scares a lot of guys," Preston said of Za'Darius, per Hodkiewicz. "Because normally guys, if they weren't scared, they might go against somebody and come off and try to block me. But he had the guy petrified, and he stayed on him, and I came around. And I tell him thank you all the time."

Preston and Za'Darius may be thanking each other for Super Bowl rings in a few weeks. But first, they must face the 49ers, who deploy some petrifying pass-rushers of their own, not to mention a balanced, unpredictable offense, which makes it hard for edge-rushers to launch quarterback seek-and-destroy missions.

The 49ers crushed the Packers in the regular season, and they are favored to win Sunday. But if San Francisco finds itself trailing in the fourth quarter, in desperate need of a big play or a measly first down, Jimmy Garoppolo had better watch out.

The Smiths will be coming to get him, and to propel the Packers to a championship.