Greenwood took his tally to four goals in five Europa League appearances this season and six strikes overall for the campaign.

Per Goal, Solskjaer said of the 18-year-old:

"The closer he gets to goal the more dangerous he is. Right foot, left foot, he is a nightmare for defenders.

"He needs to develop his heading. Then he can be a proper striker.

"I've seen a few good ones—I played with Wazza [Wayne Rooney]. But for natural finishing, he's one of the best I've seen.

"He's a different class as a finisher—in and around [the] box you expect him to get a shot off and on target. He is so precise with his finishing."

Solskjaer added that Greenwood will "look forward" to United's clash with Everton on Sunday, "but he won't rest on laurels."

Greenwood may have played himself into contention against the Toffees with his performance.

After Ashley Young opened the scoring, the teenager hit the back of the net with two fine finishes either side of a Juan Mata penalty, which he had won (U.S. and UK only, respectively):

Mason Greenwood is becoming a star in the #UEL 🌟 Watch full highlights from the last day of group stage now on #BRLive ➡️ https://t.co/a3wiiFv4lo https://t.co/ufBFy0WRiM

Samuel Luckhurst of the Manchester Evening News predicted Greenwood has a bright future at Old Trafford:

Mason Greenwood has already scored more #mufc goals than Di Maria, Falcao and Federico Macheda. Unlike Macheda, suspect we'll be seeing a lot more of Greenwood in a United shirt over the coming years. #mufc

Solskjaer also discussed United's transfer plans after the match. Amid links with Red Bull Salzburg sensation Erling Haaland, the manager confirmed the club are looking to add to their ranks.

However, per the Press Association's Simon Peach, he clarified that they won't necessarily be spending in January:

Solskjaer: "I didn't say January did I? I said going forward. Targets that we're looking at are long-term targets. If something's popping up that might be as a short-term, maybe. Always thinking long term. January is always a difficult one but we're always on the lookout" #MUFC

However, Greenwood's success in his limited opportunities could mean a new striker is no longer an immediate priority at Old Trafford.

Håland a very good talent but signing him doesn’t make sense for United at the minute. I’d say the issue is the lack of chances being created rather than chances being wasted. Creative midfielder the absolute priority and I’d want another winger over a striker too.

Not only has Greenwood impressed this season, but Marcus Rashford has also taken his goalscoring to another level.

The 22-year-old has already scored 13 goals for United this season—matching the previous-best tally he set in each of the last two campaigns—as well as contributing four assists. He also has three goals and an assist for England this season.

More firepower wouldn't go amiss at Old Trafford—they've scored fewer goals than the Premier League's top four and Tottenham Hotspur this season—but the efforts of Greenwood and Rashford have provided optimism for the club's future in forward areas. 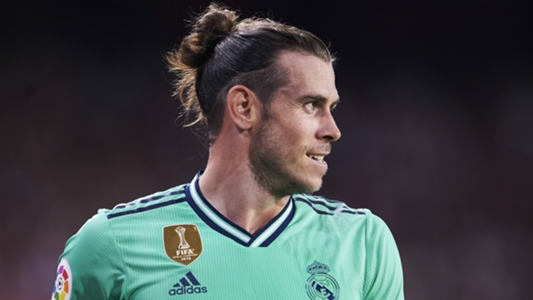 Bayern were styling all over Schalke in 5-0 win