Those who lost out on Cole must redesign their free-agency pursuits, and the Los Angeles Dodgers are among them. According to The Athletic's Ken Rosenthal, they will make Madison Bumgarner their focus.

The 30-year-old lefty starter rejected the San Francisco Giants' qualifying offer in mid-November to become a free agent after spending his entire MLB career in the Bay Area.

Since debuting for the Giants in 2009, Bumgarner has won three World Series and was named the 2014 World Series MVP. He was named an All-Star in every season from 2013 to 2016.

That price tag could now increase with Cole off the board.

Heyman noted that "many teams" are in on Bumgarner but named the Minnesota Twins as "heavy" on him.

#SFGiants ownership has given Zaidi a free hand, even allowing moves that are painful for fans, but I can't imagine the owners will let Madison Bumgarner sign with the #dodgers unless their offer is insane. You can quote me on that.

Schulman isn't the only one skeptical of the Dodgers' chances:

Giants have been preparing to move on without Bumgarner, but I’ve got to think they revisit those plans if Dodgers show serious interest. They’re well aware that fan base is pissed and that those emotions matter.

It's not out of the realm of possibility that the Dodgers float the idea of interest in Bumgarner to make life more complicated for Farhan. Since when has this current Dodgers leadership let their plans leak?

Bumgarner aside, the Dodgers could instead try to re-sign starting pitcher Hyun-Jin Ryu. According to Bill Plunkett of the Orange County Register, Dodgers President of Baseball Operations Andrew Friedman said at the winter meetings that the club has "definitely had conversations about" bringing back the 32-year-old lefty.

"He's put himself in this position to hit the free-agent market and get a feel for what's out there and what makes the most sense for him and his family. Looking back, he's been a big part of our success over the past couple years. I have a lot of respect for him. The confidence as an organization that we had every fifth day when he took the mound was real. Where that takes us at this point, I'm not sure. But we definitely have interest based on what he's meant to us looking back."

Ryu had a better 2019 than Bumgarner with an MLB-leading 2.32 ERA and 1.2 walks per nine innings. He earned his first All-Star nod, starting the game for the National League, and posted a 14-5 record across 29 starts.

However, Bumgarner has been much sturdier overall.

Bumgarner has exceeded 200 innings pitched in seven of his 11 seasons in the league, including 2019, while Ryu has never hit 200 innings in a season.

Bumgarner, Ryu or someone else, the Dodgers are clearly committed to upgrading their rotation. Cole was the top prize this offseason, but pairing Bumgarner with three-time Cy Young winner Clayton Kershaw wouldn't be the worst consolation prize.

Report: Giants to Add Player Names to Back of Home Jerseys Next Season 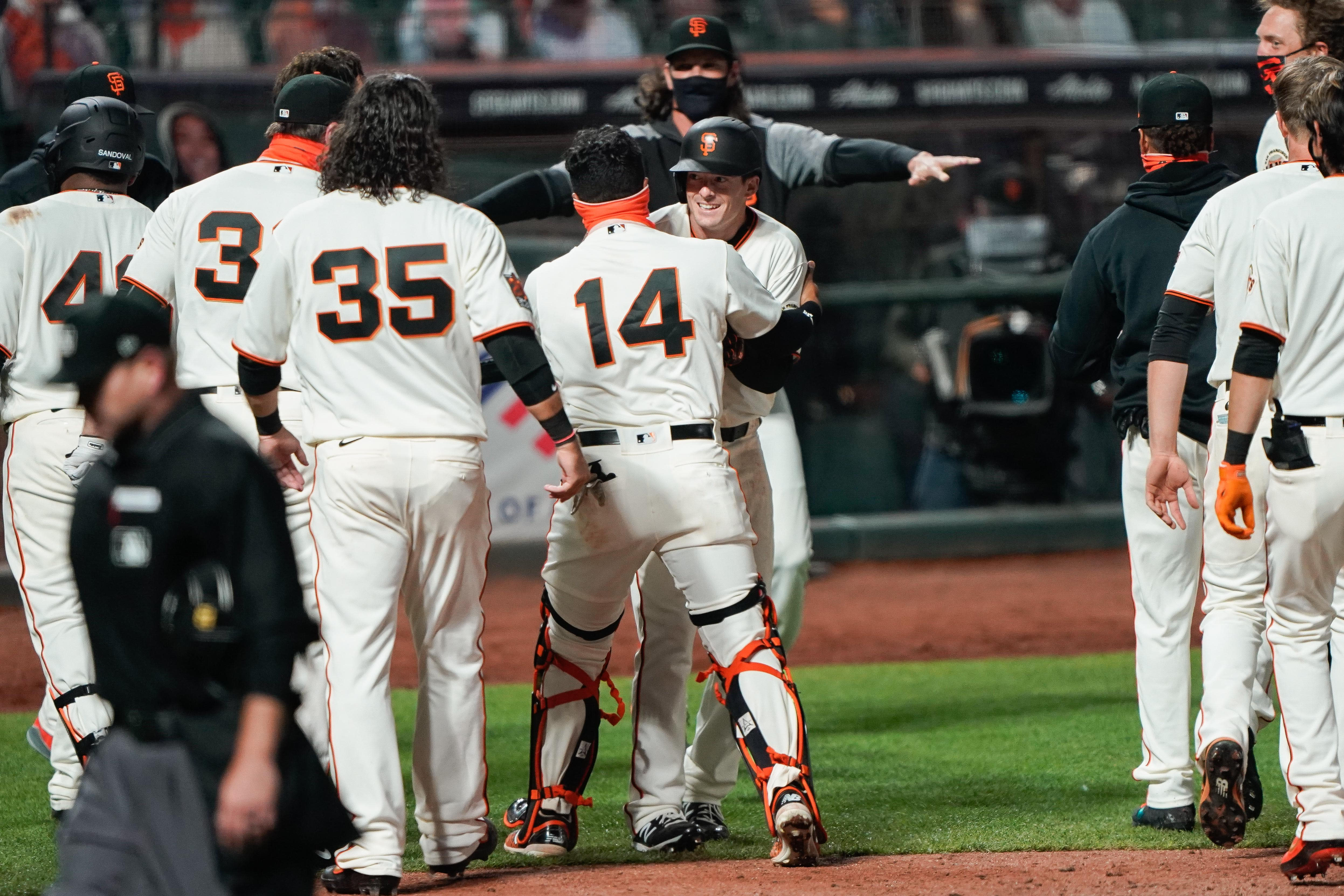 Report: Giants to Add Player Names to Back of Home Jerseys Next Season

Giants to Return Home to More Than 10,000 Cutouts

Giants to Return Home to More Than 10,000 Cutouts