The San Antonio Spurs have been one of the major disappointments of the 2019-20 NBA season, starting just 9-14. That has called into question whether legendary head coach Gregg Popovich will choose to call it quits after the season, especially if the team misses the postseason for the first time since the 1996-97 campaign, when Popovich replaced Bob Hill midseason as the team's head coach.

According to The Athletic's Sam Amick and John Hollinger, Popovich has "given no indication" he intends to retire:

"While the 70-year-old signed a three-year contract extension in April, he's also widely known to be taking a year-by-year approach to this stage of his storied career. As of now, a source said Popovich has given no indication to the organization that he won't be back next season. Yet whenever he steps away, whether it's after he coaches Team USA in the Tokyo Olympics this summer or sometime thereafter, there's one name that continues to come up from league sources as a possible replacement: Bill Self, the longtime Kansas coach and close friend of Spurs general manager R.C. Buford."

As for any links to Self, Amick and Hollinger added that "a source with knowledge of the Spurs' thinking is quick to make it clear that this monumental choice will be, first and foremost, about what's best for the organization and not based solely on personal relationships."

Self would absolutely present a credible resume. In 17 seasons at Kansas, he's led the Jayhawks to a 480-107 record, reaching the NCAA tournament in every season, winning 14 Big-12 regular-season championships, eight conference tournament titles, reaching the Final Four three times and winning a national title in the 2007-08 season.

All of that is predicated on Popovich's future, of course, and Popovich's decision may come down to whether he's willing to undergo a temporary rebuild.

The Spurs, as constructed, aren't a contender. The team managed to reach the postseason with DeMar DeRozan and LaMarcus Aldridge as their two best players last season, but that doesn't seem feasible for much longer. Both players may be excellent scorers—DeRozan averages 21.4 points per game, while Aldridge offers 18.9 per contest—but the Spurs are actually better when both players sit.

And with Aldridge and DeRozan on the court together, the Spurs have a net rating of -6.8.

The pairing isn't tenable in the long term. At some point, San Antonio will need to rebuild around players like Dejounte Murray, Bryn Forbes, Lonnie Walker IV and any assets they might get for moving DeRozan and Aldridge.

Maybe they can make another late push to get back into the postseason picture—they are only 1.5 games behind the Phoenix Suns for the eighth seed in the Western Conference, after all—but the Spurs would essentially be playing for the rights to lose in the first round, likely in convincing fashion. At some point, the rebuild is coming.

The question for Popovich is whether he wants to be the man to lead it. 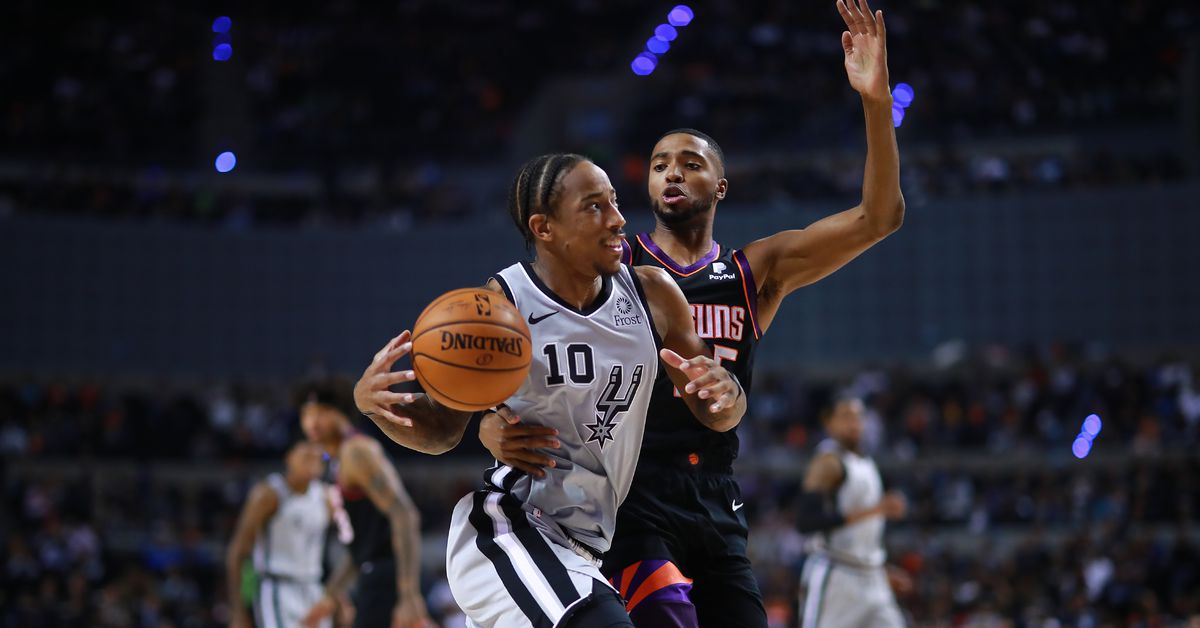