Lionel Messi scored a hat-trick as Barcelona hammered their way to a 5-2 win over Mallorca at the Camp Nou on Saturday, when the Blaugrana reclaimed the lead in La Liga from Real Madrid.

Antoine Griezmann scored an impressive opener for the hosts, but Messi soon took the spotlight with a brace before half-time, followed shortly by a back-heeled Goal of the Season contender from Luis Suarez.

Ante Budimir scored both goals for Mallorca, but his side couldn't come up with a result at the Camp Nou, where Messi capped off a successful week with his second hat-trick of the campaign:

Ernesto Valverde's side are unbeaten in seven games and have won their last six across all competitions.

Messi—who has scored five goals in his past three games—was presented with the Ballon d'Or in front of his home fans before kick-off, having clinched a record sixth gong in Paris on Monday:

🤩 Best in #LaLigaSantander. 🌎 Best in the world. 🐐 Best ever? Leo Messi presented the Ballon d'Or to the Camp Nou ahead of #BarçaRCDMallorca. 🏆 💙 @FCBarcelona ❤️ https://t.co/ZcyQxdTwEp

Griezmann got lost somewhat in the Ballon d'Or chatter after a slow start to life in Catalonia, but he latched on to an opportunistic Marc-Andre ter Stegen lob through to break the deadlock.

The Frenchman caught Mallorca's defence on the break and raced through to chip over goalkeeper Manolo Reina, while Ter Stegen celebrated his second assist of the season, per football writer Michael Yokhin:

Ter Stegen with his second assist this season. Only Messi, Griezmann and Arthur have provided more assists for Barcelona.

Messi's first goal of the night was a thing of beauty, and although Griezmann collected an assist in its build-up, the Argentinian's left-footed finish was a work of individual grace, via Premier Sports (UK viewers only):

😱 Messi with his weekly screamer! ⚽ 2-0 to Barca and Mallorca could be in for a long, long night https://t.co/1GIqdUBPjY

Budimir got the benefit of a Clement Lenglet deflection to halve the deficit on 35 minutes, with his effort skipping off the defender and up over Ter Stegen's stretching frame.

The one-goal gap didn't last long, however, as Messi again received too much freedom on his left foot and wrapped a second strike inside Reina's left post.

The best of the bunch was to come, though, when Suarez sealed a tight passage of passing play on the edge of Mallorca's box by back-heeling over the keeper with wizard-like aplomb (UK only):

Budimir finished again in the 64th minute to mark a memorable outing for him, but Messi again stole centre stage after completing his hat-trick in almost expected fashion.

Sergi Roberto made good progress down the right side and put the ball into the feet of Suarez, who laid it back for Messi to slam home a landmark finish:

Lionel. Messi. Hat-trick number 5️⃣3️⃣ in all competitions for the GOAT. 🔥 https://t.co/8v8NkpnGY5

35 - @FCBarcelona's Lionel Messi has become the player with the most hat-tricks in @LaLigaEN history (35), surpassing Cristiano Ronaldo (34). Excellence. https://t.co/WUFU9Ck241

Roberto deserved special praise for his constant presence down Mallorca's right flank, while Budimir will have earned some deserved attention with a brace at the Camp Nou.

However, Messi claimed the night as his own to celebrate the end of a historic week for the Barcelona talisman, who continues to play the role of guide in their La Liga title defence.

Barcelona travel to Inter Milan on Tuesday already assured of a first-place finish in UEFA Champions League Group F, with the first Clasico of the season against Real Madrid set for December 18. Mallorca travel to Celta Vigo on Sunday.

This article will be updated to provide more information soon.

Get the best sports content from the web and social in the new B/R app. Get the app to get the game.

How Will Barca Line Up in Ibiza? 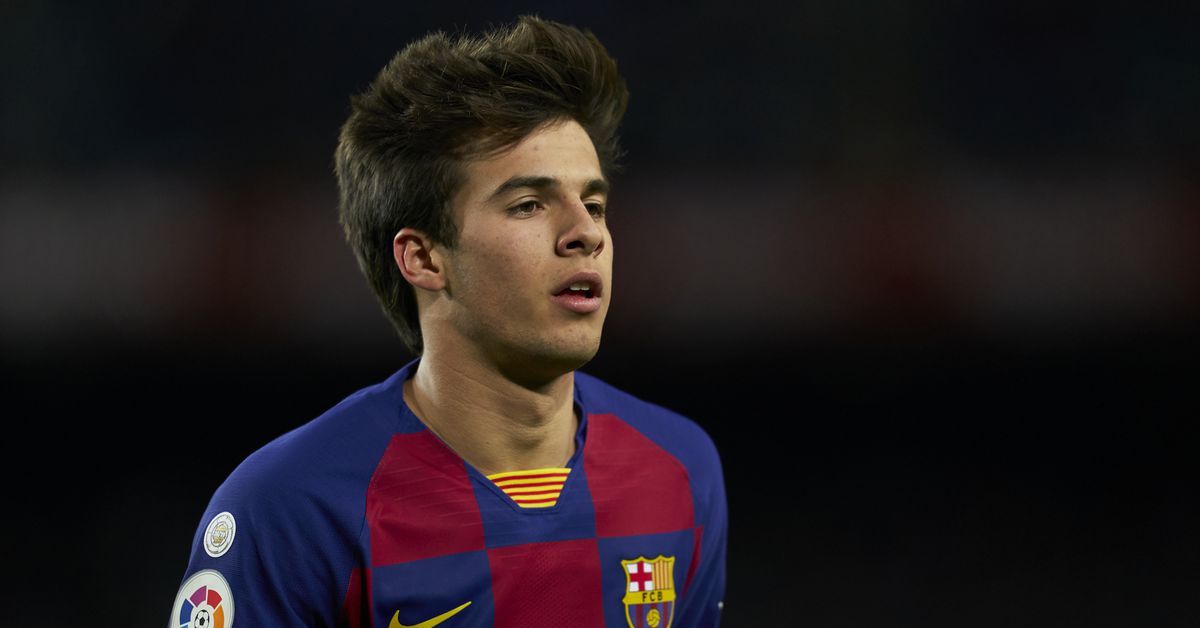 How Will Barca Line Up in Ibiza?