The Philadelphia 76ers earned a 103-94 win over the Utah Jazz on Monday night at Wells Fargo Center.

The Jazz were in the second half of a back-to-back, having suffered a 130-110 drubbing at the hands of the reigning NBA champion Toronto Raptors on Sunday. Utah was also closing out its five-game road trip.

Philadelphia capitalized on the Jazz's likely travel fatigue to earn its eighth victory in nine games, though Utah had something left in reserve for the fourth quarter. The Jazz outscored the Sixers 28-18 over the final 12 minutes to turn what had been a rout into a close game. 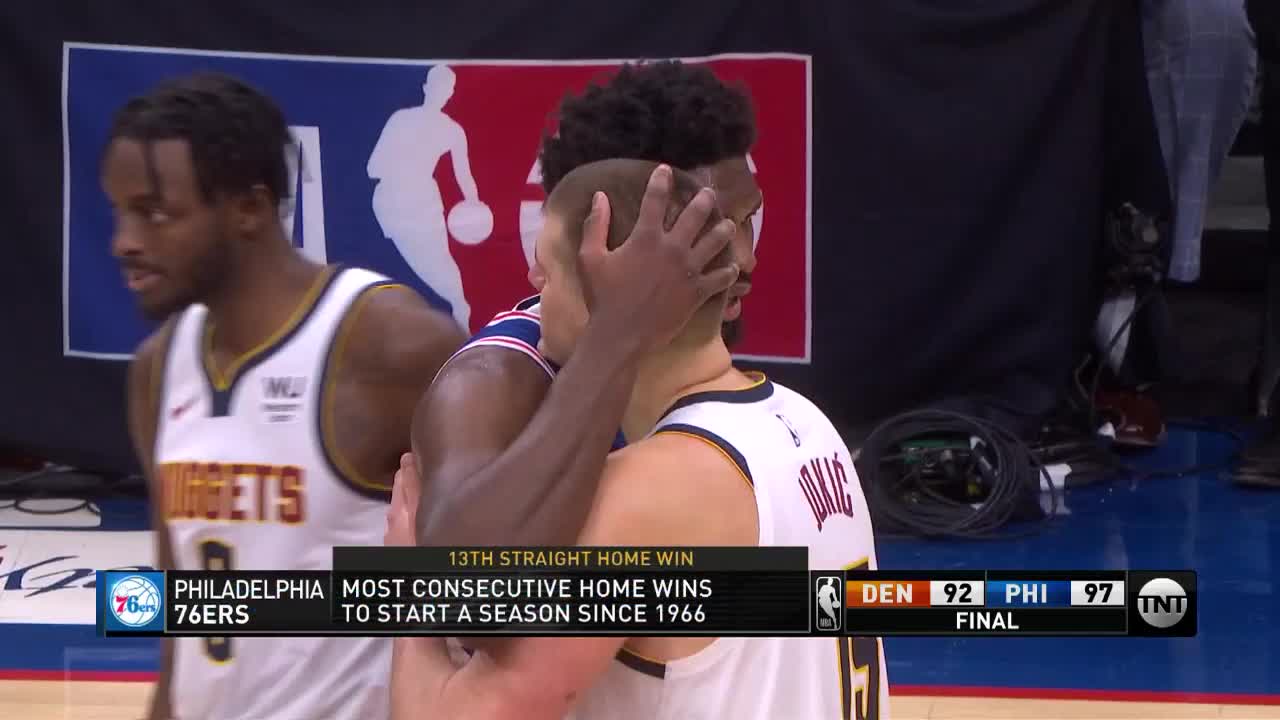 Rather than one standout performance, a collective effort from Philadelphia's best players powered the team offensively. Furkan Korkmaz was the only Sixers starter who didn't score in double figures.

When push came to shove, Tobias Harris stepped up in the fourth quarter as Philadelphia's shooting touch disappeared. It felt like every time the Jazz were beginning to build momentum, Harris was there to hit a critical jumper.

It wasn't pretty down the stretch, but the #sixers hold on for a 103-94 win, improving to 15-6 on the season and a perfect 10-0 at home. Tobias Harris, who was just about the Sixers only source of consistent offense in the 4th, finished with 26 points and 9 boards.

Sixers win it 103-94 w/ Tobias Harris leading the charge w/ 26 points. My last rant on #SixersOutsiders was about being patient with Tobi - it's paying off

A top-heavy roster has obvious drawbacks, but it also means the Sixers are likely to have at least one guy they can count on in big moments.

Matisse Thybulle is playing his way into a bigger role in the Sixers rotation. He opened the second half in place of Korkmaz, a move that was deserved based on the rookie's performance.

Thybulle knocked down his first three attempts from the perimeter and helped the Sixers get out in transition with his effort on defense.

It's been an up-and-down rookie season for Matisse Thybulle, but the way he's playing tonight -- 9 points on 3-3 from 3, plus three steals -- is why Brett Brown said before the game he needs to make sure he keeps growing Thybulle's role so he can be a playoff contributor.

The 22-year-old doesn't have to take off right away and become a key figure.

Depth is the Sixers' biggest issue, as they doubled down on the core of Harris, Ben Simmons and Joel Embiid. Should Thybulle get to the point where head coach Brett Brown can trust him to play meaningful minutes in the playoffs, he will have given the team exactly what it needs.

Donovan Mitchell Has Night to Forget

As Donovan Mitchell goes, so goes the Jazz offense. According to Basketball Reference, Mitchell shot 45.7 percent from the field and 41.6 percent from beyond the arc in Utah's 12 wins entering Monday. He shot 41.3 and 31.9 percent, respectively, in the team's eight defeats.

The trend continued, as the Jazz star went 6-of-19 from the field and missed five of his six three-point attempts.

Mitchell's shot selection was less-than-ideal, which was partially down to the dogged defense of Simmons and Thybulle.

The Jazz, and especially Donovan Mitchell, take a lot of bad shots.

The Jazz took only two 3-pointers in the entire first quarter, both bad pullup looks from Donovan Mitchell. It's not possible to score well in the NBA with this shot distribution.

Way too much of Utah's offense boils down to either Conley or Mitchell meandering around a high screen and settling for a floater or mid-range jumper instead of attacking the basket.

The Jazz mounted a late comeback in the second half as Embiid battled foul trouble. That made life a lot easier for Rudy Gobert and cleared a path for Utah's wings to attack the basket. But the Jazz had dug themselves into a big hole by that point.

Mike Conley was limited to 23 minutes before left hamstring tightness forced him to exit, which made the comeback even more difficult.

Defense has been the Jazz's calling card under head coach Quin Snyder, but they had a respectable 110.3 offensive rating in 2018-19, 14th in the league, per NBA.com. Utah has fallen to 21st in offensive rating (106.0), and that ranking might fall slightly after Monday's loss.

Jazz ball-handlers are picking the ball up way too early in pick-and-roll. It's why they never get anything out of it. You don't have to stop dribbling once you get to the baseline. You can keep going. They're allergic to the idea.

Some adjustment was to be expected after the team added Conley and Bojan Bogdanovic in the offseason, so it's too early to hit the panic button.

But the Jazz aren't where many expected them to be, and their offense is the biggest culprit.

The Sixers head to the nation's capital Thursday to play the Washington Wizards. The Jazz begin a three-game homestand Wednesday against the Los Angeles Lakers.

How the NBA Can End the Hiatus

How the NBA Can End the Hiatus 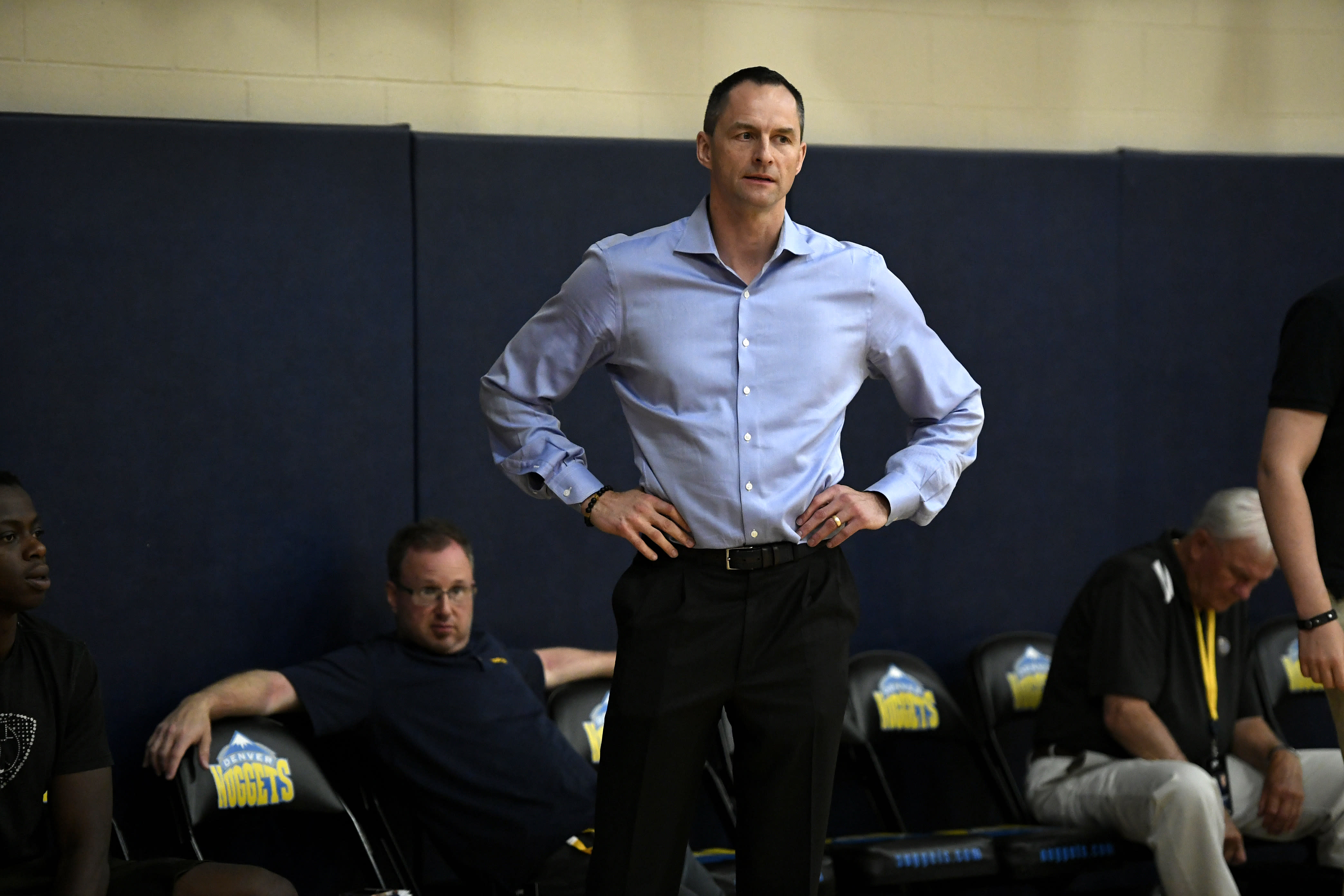 Allen posts his hairline on IG after growing it out and wants LeBron, Shaq and other stars to do the same