Indiana Pacers guard Malcolm Brogdon left his team's Friday road game against the Houston Rockets with a sore lower back and did not return.

Brogdon played nine minutes before exiting, posting two points, four assists and a rebound. Aaron Holiday started for him in the second half.

It isn't initially clear when the injury occurred, with Scott Agness of The Athletic tweeting there was "no obvious reason why" Brogdon went back to the locker room in the first half with Pacers head athletic trainer Josh Corbeil. The Pacers initially ruled him questionable to return before declaring him out.

The free-agent signing via the Milwaukee Bucks has been tremendous for Indiana, averaging 20.7 points, 8.5 assists and 5.2 rebounds per game entering Friday.

Losing him for any period of time would be a tough blow for the Pacers, who entered Friday with a 7-4 record despite being shorthanded all year.

Victor Oladipo has missed all season with a quad injury suffered last January. Domantas Sabonis sat two games with a calf injury. Myles Turner has been out with a right ankle sprain for eight-plus games, and Jeremy Lamb has been sidelined seven contests with hip and calf ailments.

Brogdon wasn't even the only Pacer to suffer an injury Friday, as T.J. Warren took an elbow to the face, bled heavily and was attended to on the bench, per Agness. 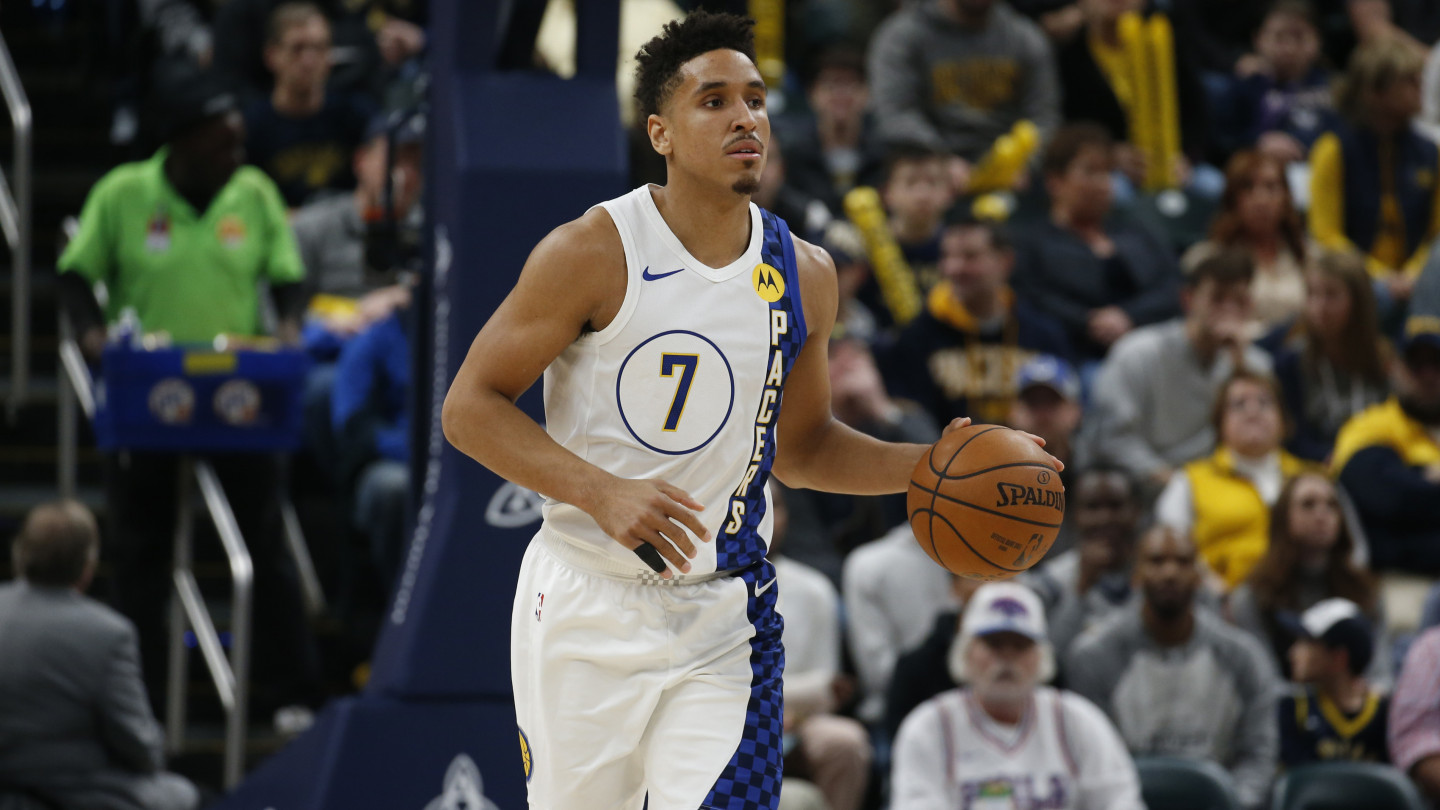 The Pacers have a quick turnaround before their next game, a home matchup against the Milwaukee Bucks on Saturday.

If Brogdon can't return then, his next opportunity will be Monday at the Brooklyn Nets. The Pacers will then enjoy a four-day break before hosting the Orlando Magic on Saturday, Nov. 23.