"I believe he can help us," Lillard told ESPN's Rachel Nichols. "Obviously I'd like to see our early-season struggles turn around, and hopefully we can be part of a great bounce back for Melo as well."

Carmelo Anthony will earn $14,490 while on the roster in Portland. The contract becomes fully guaranteed if he is not waived by Jan. 7.

The 35-year-old New York City native averaged 13.4 points and 5.4 rebounds while shooting 40.5 percent from the field across 10 appearances for the Houston Rockets last season. He was traded to the Chicago Bulls in January and got waived before appearing in a game.

Melo's career resume is impressive, highlighted by 10 All-Star selections, three Olympic gold medals with Team USA and a scoring title from the 2012-13 season while with the New York Knicks.

The Syracuse product also helped lead the Orange to a national championship in 2003 during his only collegiate campaign.

Although he's one of the generation's top offensive weapons, he's yet to prove he can make a consistently strong impact in a secondary role. He's a lackluster defender, and he's struggled in those complementary situations over the past two seasons with the Rockets and Oklahoma City Thunder. 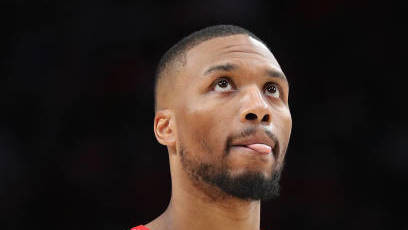 In August, Anthony told ESPN's Stephen A. Smith on First Take (via Tommy Beer of Forbes) he was prepared to embrace not being a team's first offensive option in order to get another NBA opportunity.

The top two in the Blazers' pecking order is firmly established with Lillard and backcourt partner CJ McCollum. Beyond that, however, there's definitely room for Anthony to make his presence felt.

Portland hasn't announced when Anthony will make his debut. The first chance comes Saturday against the San Antonio Spurs, but more likely it's going to happen during one of the team's four games next week.

The Blazers, who entered the season with high expectations, must turn things around quickly given the deep, competitive nature of the Western Conference.