Belgium and Russia will play their penultimate UEFA Euro 2020 qualifier in Group I on Saturday, with the Red Devils on course to complete a perfect run in qualifying.

Caesars has handed the visitors -110 odds to maintain their perfect run, while a Russian win sports odds of +275. A draw comes in at +285.

Kick-off is scheduled for 5 p.m. GMT/12 p.m. ET. UK-based fans can tune in via Sky Go, while American fans can watch via ESPN3.

Belgium and Russia have already met once during this qualifying campaign, which was a 3-1 win for the hosts in Brussels:

Denis Cheryshev's goal remains the only one the Belgians have conceded so far in qualifying. Russia have won all of their matches since, and both teams have already qualified for Euro 2020.

With little at stake in terms of group position, both teams have opted to call up several youngsters and fringe players. For Belgium, the most surprising inclusion in the squad is Elias Cobbaut, who could earn his first cap. He earned his spot by impressing for Belgium's youth teams:

🗣️ R. Martinez: "@eliascobbaut had a good transition with @JohanWalem at the Under-21's. The #U21EURO last season was a key moment for him. In his club he shows that he is growing all the time” #EURO2020 #COMEONBELGIUM 🇧🇪

Anderlecht team-mate Hendrik Van Crombrugge could also earn his first cap, and there was room in the squad for Yari Verschaeren, Leandro Trossard, Hans Vanaken and Maxime Lestienne.

For Russia, Rifat Zhemaletdinov and Zelimkhan Bakaev are two major talents for the future, and both could feature against the Red Devils. The hosts have opted against calling up the likes of Anton Miranchuk and Cheryshev, and are expected to do plenty of experimenting against Belgium and San Marino, their next opponents.

While the Red Devils are still chasing a perfect record, Russia can already shift their focus to next year's tournament. The team have built on their successful 2018 World Cup where they the reached the quarter-finals and have had an influx of talent since, with Ilzat Akhmetov the standout after making his debut in March.

A strong result at home against the top-ranked team in the world could provide the team with a major boost, but getting the next generation of potential stars up to speed is just as important. 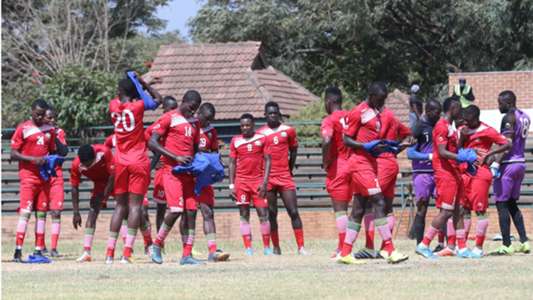 Mourinho: Arsenal Will Benefit from No Fans at Derby

Mourinho: Arsenal Will Benefit from No Fans at Derby