Liverpool manager Jurgen Klopp said on Friday that the Reds have "absolutely no chance" of signing Kylian Mbappe from Paris Saint-Germain.

The German told reporters the European champions can not afford to land the 20-year-old, who is already widely regarded as one of the world's best strikers.

"OK, from a sporting point of view, there are not a lot of reasons to not sign him. What a player he is. But it is about the money of course. No chance. Absolutely no chance. Sorry for killing that story."

The Reds have been linked with a move for Mbappe. El Desmarque (h/t Perform via AS) reported that Klopp's side had the finances available to land the World Cup winner and would battle Real Madrid for his signature.

Liverpool should be in a position to compete for the best players in the world. Klopp has transformed the team into Premier League title-challengers and guided the club to a sixth European Cup triumph last season.

The Reds are also set to sign a new five-year kit deal with Nike from the start of next season which is expected to "lead to a significant increase in commercial revenue," per Guardian Sport.

Mbappe joined PSG from Monaco in 2017 initially on loan before completing a permanent deal worth €180 million, per BBC Sport.

The striker's price tag will have risen during his time at PSG as he has established himself as one of the world's most lethal forwards:

Real Madrid were reportedly willing to offer PSG €280 million for Mbappe in March, according to France Football (h/t Agustin Martin at AS).

Mbappe's PSG contract runs until June 2022, and PSG may find it difficult to renew his deal. L'Equipe (h/t Jose Felix Diaz at Marca) report that they can not afford to offer him the same wages as team-mate Neymar. The Brazilian earns an annual salary of €30 million after tax.

Real Madrid boss Zinedine Zidane has fuelled speculation over a move for Mbappe in recent days. He told reporters: "I know he always said his dream is to play for Real Madrid."

His comments have not gone down well at PSG. Sporting director Leonardo said Zidane's words were "a bit irritating, it's annoying" and added "now is not the time to destabilise him," per BBC Sport.

Alisson was transfer bargain and stats only further highlight class

Alisson was transfer bargain and stats only further highlight class

Behind the scenes as Jurgen Klopp stars in Erdinger advert

Behind the scenes as Jurgen Klopp stars in Erdinger advert

Liverpool manager 'is kind of like a father, but the second part is like a coach, a manager', says his former striker 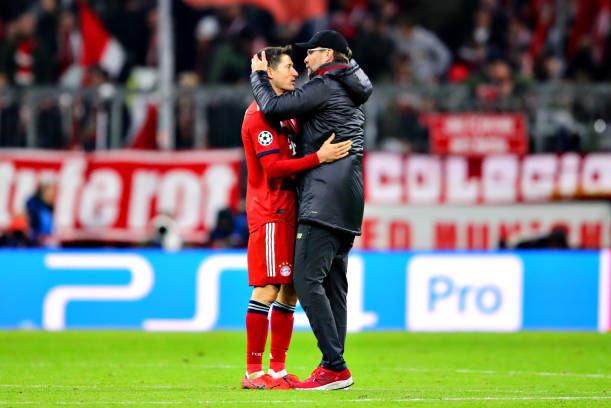