Five races make up the Friday schedule for the 2019 Breeders' Cup, highlighted by two events with total purse values of $2 million.

The main event of the first day at Santa Anita Park is the Juvenile with eight of the top two-year-old colts and geldings competing for the grand prize. The field did lose one of its top contenders when Maxfield, who had the third-best odds at 3-1, was scratched earlier this week with a leg issue.

Here are the results from all five races from the first day of this year's marquee event:

The main event turned out to be the best race of the day with Storm the Court pulling off a massive upset and holding off Anneau d'Or, another long-shot, to grab the $2 million top prize in the Juvenile.

Thriller! Storm The Court causes a big upset to win the $2m @TVG @BreedersCup Juvenile for @EurtonRacing and Flavien Prat… #BC19 https://t.co/WhraBOxFV1

Well, that @BreedersCup Juvenile did NOT go as expected in any way whatsoever. Once Dennis's Moment stumbled badly, it was over for him, and Eight Rings and Scabbard had nothing. Storm the Court holds on in a shocker...final time was 1:44.93, 2.14 seconds faster than the fillies.

Per the NBC Sports Network broadcast, Storm the Court was a 45-1 underdog at post time. Eight Rings, named in honor of New England Patriots head coach Bill Belichick and a strong 3-2 favorite, looked to be in good position until slowing down after the final turn.

Storm the Court's trainer Peter Eurton praised the heart and determination of the horse and his team following the stunning victory:

“This horse has so much heart!” – @EurtonRacing, almost speechless after his Storm The Court gives him a second @BreedersCup success… #BC19 https://t.co/O8PDJmhrPo

Pulling off upsets at the Breeders' Cup seems to run in Storm the Court's family. His dad, Court Vision, was a bigger long-shot seven years ago when he stunned the world:

On the other end of the spectrum, morning-line favorite Dennis' Moment (8-5) never factored into the outcome after stumbling out of the gate en route to a last-place finish, 21.5 lengths behind Storm the Court.

Sharing pulled off the first genuine upset of the Breeders' Cup on Friday when the 12-1 underdog stormed past Sweet Melania down the stretch to capture the Juvenile Fillies Turf.

Sweet Melania wound up falling to third place when jockey Jose Ortiz had to push the filly earlier in the race to get her into the top spot. Daahyeh made an excellent surge nearing the finish line to get a second-place finish.

This was a bad race if you were among the favorites, with the exception of Daahyeh at 5-1. Morning-line favorite Albigna (9-2) finished a distant ninth, easily her worst showing of the year, beating out a sixth-place showing at the Moyglare Stud Stakes-G1 in September.

Crystalle, who was coming off the board at 8-1, couldn't overcome a slow start that left her five lengths back right out of the gate. She salvaged her run by coming in seventh, but it was a disappointing turn overall.

Since starting the year with a third-place outing in July at the Maiden Special Weight, Sharing has responded with three consecutive wins following Friday's triumph.

In a thrilling photo finish, British Idiom held off Donna Veloce to take the top spot in the $2 million Juvenile Fillies race.

With the two horses essentially neck and neck for most of the final stretch, jockey Javier Castellano got the best of Flavien Prat by saving one last burst from his horse as they approached the finish line to win by a neck.

Bast led most of the way before losing speed coming around the final turn. British Idiom continues to be a dominant force in 2019. Trainer Brad Cox has led the filly to wins at MSW in August and Alcibiades-G1 on Oct. 4.

Despite the runner-up finish, Donna Veloce continues to look like a top-tier competitor early in her career following a September win at the Maiden Special Weight.

Billy Batts and Gear Jockey did their best to pull off an upset in the Juvenile Turf, but Structor (5-1 odds) made a late surge under the guidance of jockey Jose Ortiz to come away with a victory in the $1 million race.

Structor strikes for Chad Brown and @jose93_ortiz in the $1m @BreedersCup Juvenile Turf… #BC19 https://t.co/BmwE8iqTK4

The win also gave Ortiz bragging rights over his brother:

Jose Ortiz picked up the mount on Structor when his brother Irad selected Decorated Invader. https://t.co/WKoMgKWHRy

Both Billy Batts and Gear Jockey were coming off the board at 20-1. The mile-long track worked against Billy Batts, who came within an eyelash of claiming his second career victory but ran out of steam.

Structor's win marked the 13th career Breeders' Cup victory for trainer Chad Brown and his first in the Juvenile Turf.

A thirteenth @BreedersCup success for that man Chad Brown! 👏 #BC19 https://t.co/NmPvpwJpCb

None of the top three favorites— Decorated Invader, Arizona and Hit the Road—fared well in the race. Arizona, who was the overall betting favorite at 5-2, had the worst showing of his career, crossing the finish line in fifth place.

Decorated Invader wasn't far behind at 4-1 on the betting line, but the Christophe Clement-trained horse never recovered from a stumble that forced him to settle for fourth place.

There was no shortage of pressure for Four Wheel Drive coming into the Turf Sprint. He was the betting favorite at 3-1 and is the son of 2015 Triple Crown winner American Pharoah.

Jockey Irad Ortiz Jr. had no problem keeping Four Wheel Drive on point in the race, guiding the two-year-old colt to an easy win in the first major race on Friday at the Breeders' Cup.

This marks the third straight win for Four Wheel Drive to start his professional career. He previously won Rosie's Stakes in August and Futurity in October.

Trainer Wesley Ward had nothing but praise for how his horse performed in the five-furlong race:

“American Pharoah is going to be a tremendous sire” – Four Wheel Drive gives Wesley Ward a third @BreedersCup win, and his trainer is blown away by his precocity… #BC19 https://t.co/L0IpuRVaCn

It was a good day overall for American Pharoah's offspring with Another Miracle coming in with a strong third-place finish. His career has been more varied than his brother's to this point, with a fifth-place showing at Futurity and being the runner-up at Green Light Go in his debut in July.

Sandwiched between Four Wheel Drive and Another Miracle was Chimney Rock, who made a strong push down the stretch to close the gap on Four Wheel Drive for the top spot. It ultimately wasn't enough to get him a win, but an encouraging finish for the colt. 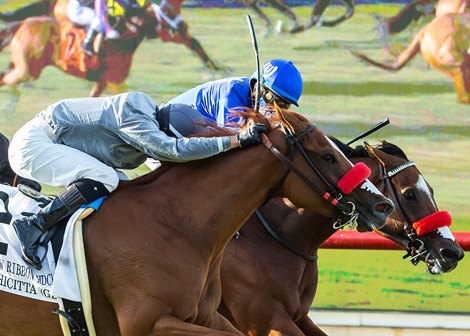 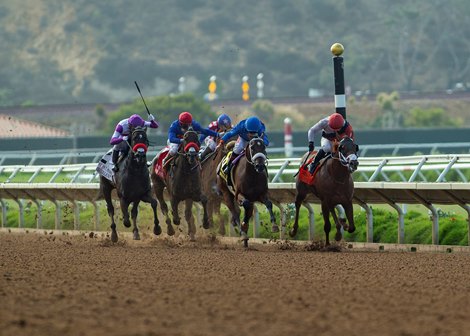 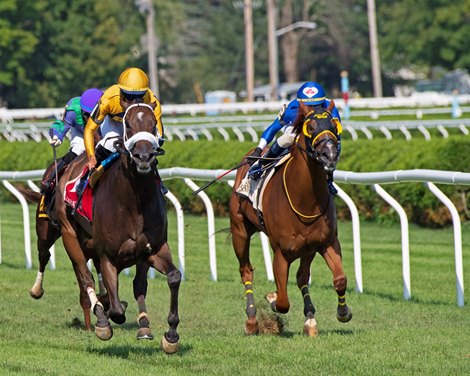