Even the hottest pitcher in baseball was no match for the sport's foremost slugging prodigy in Game 1 of the World Series.

Though Tuesday's Fall Classic opener between the Washington Nationals and Houston Astros at Minute Maid Park was originally billed as a bout between aces Max Scherzer and Gerrit Cole, Juan Soto stole the show while leading the Nationals to their first-ever World Series victory with a 5-4 win.

Washington's left fielder got the first of his three knocks—he also stole a base for good measure—with a game-tying solo home run off Cole in the fourth inning that landed on the train tracks beyond left field:

In the fifth inning, Soto got to Cole again with a double to left that brought home the last two runs the Nationals would need:

This is Juan Soto's first #WorldSeries game. But you wouldn't know it based on these at-bats. https://t.co/XTjcwHbl3a

The following will only be true until Thursday, but it's worth emphasizing in the meantime anyway: Soto is only 20 years old.

According to ESPN Stats & Info, Soto is the second-youngest player, after only Andruw Jones, to go deep in his World Series debut. To boot, Jones, Miguel Cabrera and Mickey Mantle are the only three players to homer at any point in the World Series at a younger age than Soto.

"He's a special player," first baseman Ryan Zimmerman, who also homered in Game 1, told Tom Verducci of Fox Sports. "And [he has been] really since the day he came up. You can tell the special ones when they're young because they can slow the game down. And to be able to slow the game down on this stage, he's got a chance to be pretty good."

Soto has indeed been not only one of the league's top hitters since he debuted in 2018, but he's also been one of the best young hitters in the history of Major League Baseball.

Out of all the players who've logged at least 1,000 plate appearances through their age-20 season, only three have posted a better OPS+:

Yet it really hasn't been until this month that Soto has found himself under an appropriately bright spotlight. He's certainly revealed himself as a natural-born entertainer with some, ahem, peculiar habits in the box, but he's also made sure not to leave many big moments un-seized.

Soto began carving out his postseason legend with the decisive hit in the National League Wild Card Game, and then with a game-tying homer off Clayton Kershaw in Game 5 of the Division Series. The latter paved the way for Washington's eventual upset of the 106-win Los Angeles Dodgers.

Soto faced a whole new challenge in taking his first World Series hacks against Cole. All the right-hander did in 2019 was lead the American League with a 2.50 ERA and achieve the highest strikeouts-per-nine rate in MLB history. He also went into the World Series with a 1.60 ERA over his last 25 starts, postseason included.

However, Cole didn't even need to make mistakes to get beat by Soto. The left-handed swinger tapped into his superior opposite-field hitting talent to do damage on a 96 mph fastball up in the zone and a 90 mph backdoor slider.

In other words, Soto became the hero of Game 1 by hitting pitcher's pitches from perhaps the best pitcher of them all.

Game 1 wasn't a total loss for Cole, as he at least took a load off Houston's bullpen by pitching through the seventh inning. Yet his six strikeouts were his fewest since he logged only four back on Aug. 1, and it was his first outing with as many as five earned runs since May 22.

The 29-year-old's fastball maxed out at 99.3 mph, and he was snapping off nasty breaking balls, so his stuff wasn't the problem. He nonetheless got the Nationals to swing and miss at only 13 pitches, which is on the low end of his usual standards.

The Astros, who led MLB with 107 wins in the regular season, exploited two whiff-happy clubs in the Tampa Bay Rays and the New York Yankees on their way to the World Series. The Nationals, on the other hand, finished their regular season with the lowest swinging-strike rate in the National League.

If Washington's penchant for tough at-bats can work against Cole, there's little reason to think it can't also work against fellow aces Justin Verlander and Zack Greinke in Games 2 and 3. If so, the Nats must feel confident that Stephen Strasburg and Patrick Corbin will get the better end of those matchups.

Yet for their part, the Astros aren't in a totally unfamiliar spot. They also lost Game 1 of the 2017 World Series against the Dodgers, only to storm back and take the series in seven games. And they didn't even have home-field advantage two years ago. They do this year.

The Astros also showed signs in Game 1 of being ready to bust out of their collective slump in the clutch. They had three hits with runners in scoring position, which is only two fewer than they had in the entire American League Championship Series.

Still, the Astros should probably win a game before they get their hopes up too high. And if Game 1 taught them anything, it's that they'd better be careful when handling Washington's resident wunderkind.

A year ago today: Trea the hero, Nats get first win 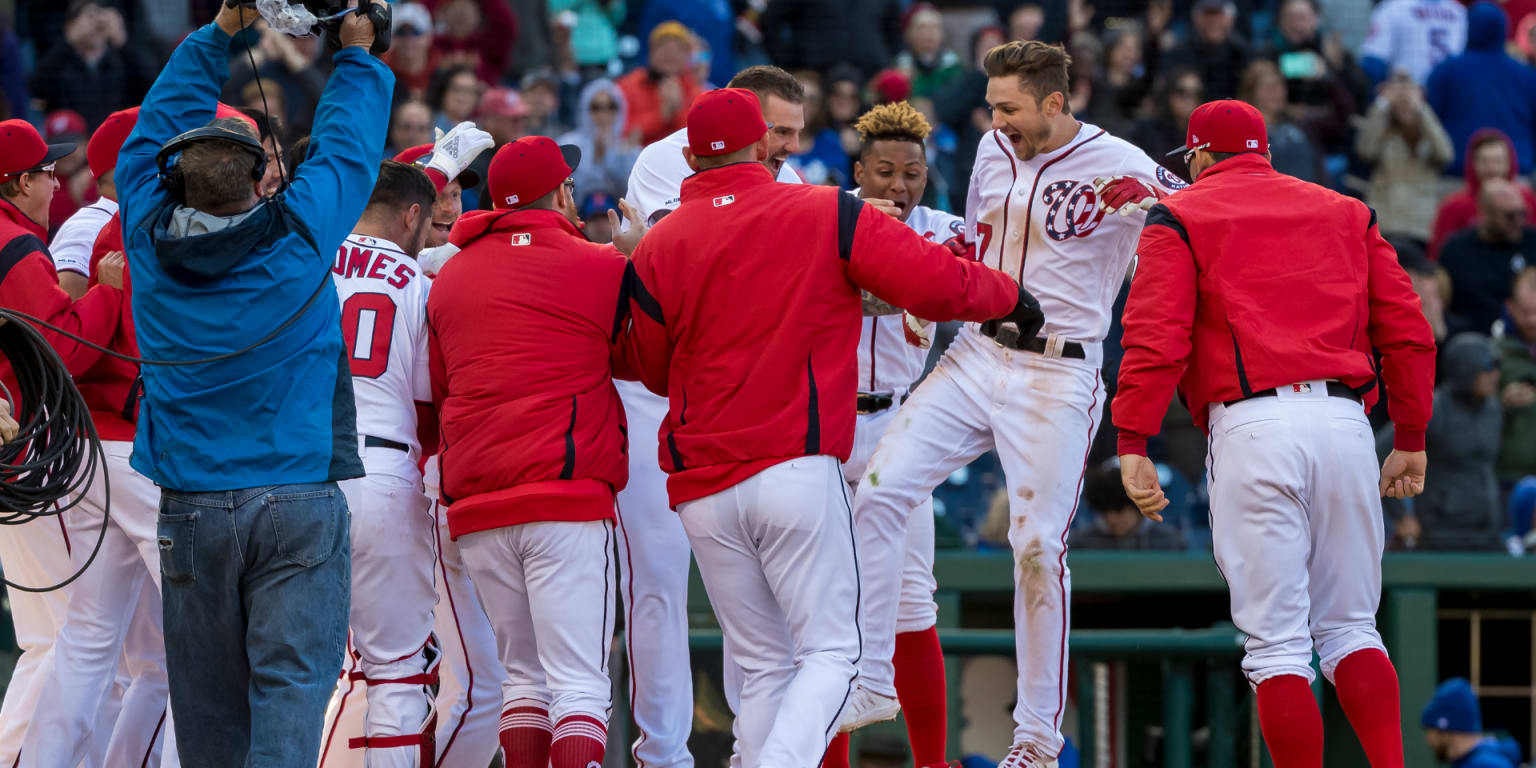 A year ago today: Trea the hero, Nats get first win