Ezekiel Elliott had a simple explanation for having not recorded a run of 30 yards or more through six games this season.

"I just think, you know, it may be luck of the draw, something that's off about me," the Dallas Cowboys running back said Wednesday, according to Pro Football Talk's Charean Williams. "I've just got to be better."

Elliott also admitted he regrets a 12-yard run that could have gained much more yardage in the Cowboys' 24-22 loss to the New York Jets on Oct. 13.  Elliott came closest to gaining 30 yards in Week 2 against Washington. On the second-to-last play of the game, he pulled out a 27-yard gain.

"I don't want to press it," Elliott added. "I'm not going to try too hard to create a big play. Just opportunities like [the one against the Jets], just making sure I take full advantage of it so Monday, I'm not regretting or thinking that I could have done something different or done something better."

To be fair, Elliott's 491 rushing yards rank sixth in the NFL, and his five rushing touchdowns are tied for sixth. He has recorded three 100-yard rushing games.

However, expectations for the 24-year-old were ratcheted up after Dallas gave him a six-year, $90 million extension days before the season's start.

The 2016 No. 4 overall pick set a high bar for himself during his first three seasons. He finished last year as the league's rushing champion with 1,434 yards, a title he also secured as a rookie in 2016 with 1,631 yards.

Per Williams, Elliott also recorded five carries that went at least 30 yards as a rookie, compared to just four since. His lack of explosive runs so far this season could at least in part be attributed to Dallas' offensive line suffering major injuries to left tackle Tyron Smith (ankle) and right tackle La'el Collins (knee).

The All-Pro's work will be cut out for him in Week 7 against the Philadelphia Eagles. Philly owns the second-ranked run defense and, per ESPN's Todd Archer, hasn't allowed more than 43 yards rushing to a starting running back through the first six games.

The Cowboys as a whole have a tall task moving forward, having dropped three games in a row after starting 2019 with a 3-0 record. They will be without receiver Amari Cooper (quad), receiver Randall Cobb (back), Smith (ankle), Collins (knee), cornerback Byron Jones (hamstring), cornerback Anthony Brown (hamstring) and defensive lineman Dorance Armstrong (neck) against the Eagles.

Dallas and Philadelphia will face off Sunday night at the Cowboys' AT&T Stadium. 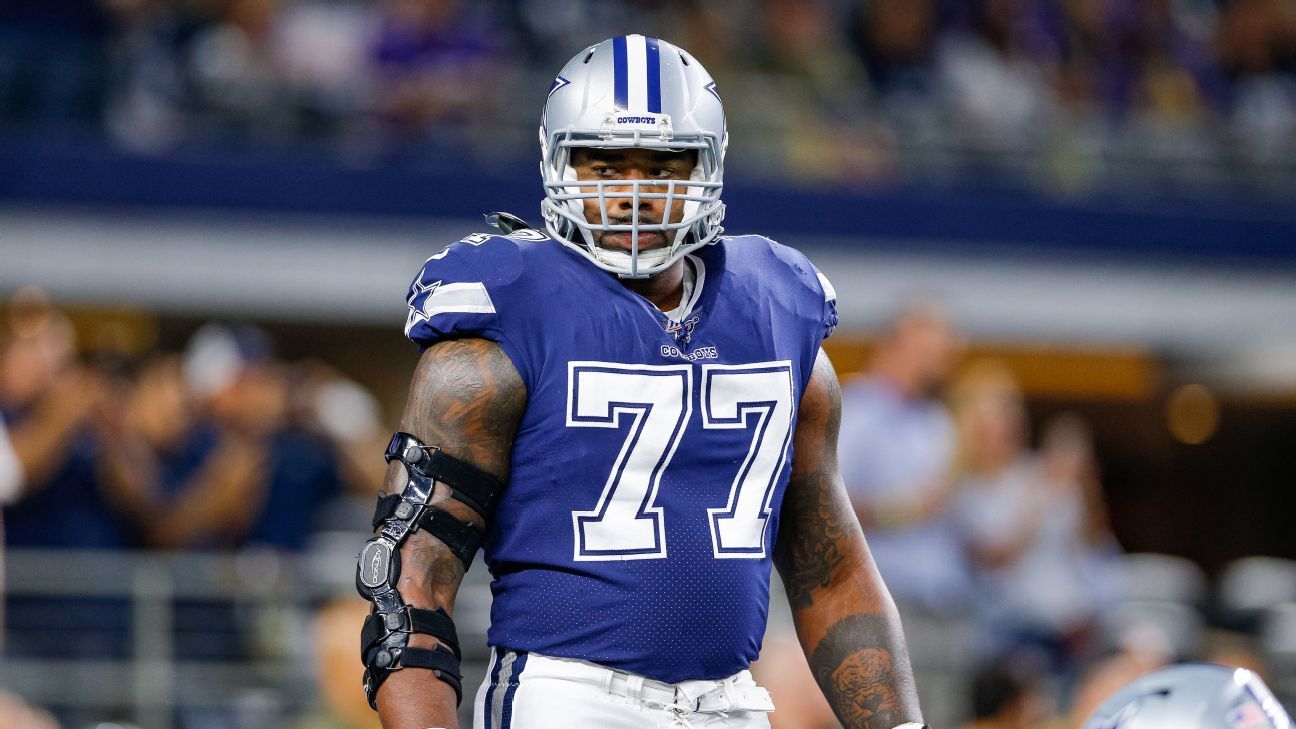