The 36-year-old went 5-of-15 with four RBI and four runs. His RBI single gave the Nats an insurance run in a 2-0 win over St. Louis in Game 1. He also led the Nats offense in Game 3 with three doubles, three RBI and two runs in an 8-1 victory.

The series continues an excellent October for Kendrick, who smacked a go-ahead grand slam in the 10th inning of Washington's 7-3 comeback win over the Los Angeles Dodgers in Game 5 of the NLDS.

Per MLB Stats, Kendrick is also the third-oldest player to win the NLCS MVP award, which has been in existence since 1977:

This is Howie do it in the NLCS. https://t.co/HSR3OFyNVL

Kendrick has played 14 MLB seasons, beginning with the Los Angeles Angels in 2006. After stops with the Dodgers and Philadelphia Phillies, Kendrick was traded to Washington in the middle of the 2017 season.

Kendrick re-signed with the Nats on a two-year deal in 2018, but a ruptured Achilles suffered in May ended his season.

Undeterred, the veteran shined for the Nats in 2019, hitting a team-leading .344 alongside 17 home runs, 62 RBI and a .966 OPS in 121 games. The versatile infielder was also a tremendous asset in the field, filling in at first, second and third base.

Kendrick will be making his first World Series appearance, and the Nationals will follow suit.

Washington, D.C. hasn't seen an MLB team make the Fall Classic since 1933 when the Senators (now Minnesota Twins) represented the American League in a five-game loss to the New York Giants.

The Nats, who were the Montreal Expos from 1969-2004, have only made the NLCS twice in franchise history. The first time occurred in 1981 when Montreal lost to the eventual World Series champion Los Angeles Dodgers.

The Expos had a chance for greatness in 1994 when they led the entire league with a 74-40 record, but a strike prematurely ended the season and canceled the World Series.

Pedro Martinez, who was that team's staff ace and was part of the MLB on TBS postgame broadcast, even congratulated his old team in French:

The Nationals will face either the Houston Astros or New York Yankees in the World Series, which will begin on Tuesday, Oct. 22. The Astros have a 2-1 edge over the Yankees in the American League Championship Series.

Regardless of the pennant winner, the AL representative will have home-field advantage and host Games 1 and 2.

Adam Eaton picks up where he left off in the World Series: homering off the Astros

Adam Eaton picks up where he left off in the World Series: homering off the Astros

Scherzer on adversity in spring: 'I welcome it' 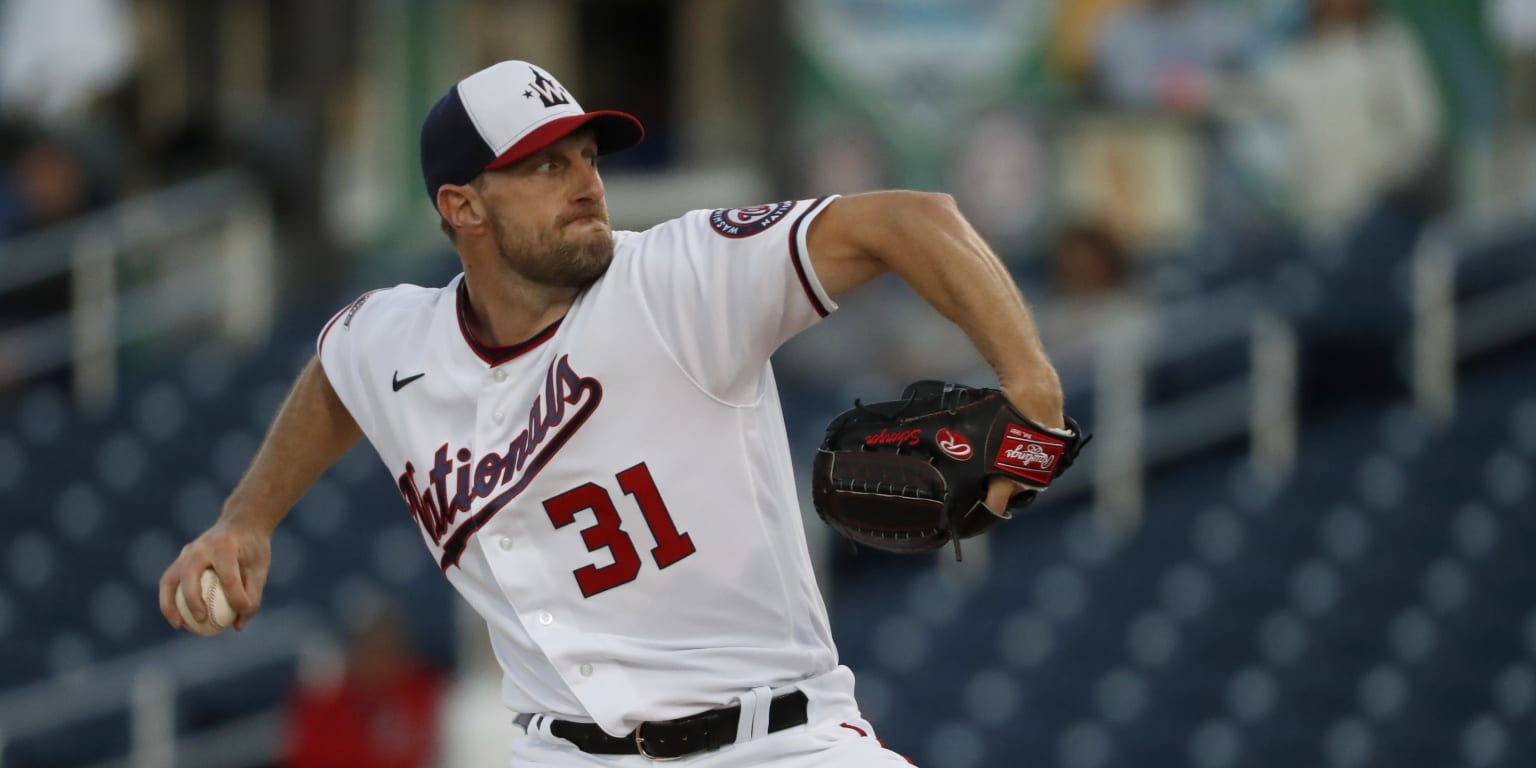 Scherzer on adversity in spring: 'I welcome it'