The New York Mets and relief pitcher Dellin Betances reached agreement on a one-year contract, with a player option for 2021 season.

‘Twas the night before Christmas...When we signed four-time All-Star RHP Dellin Betances (@DBetances68) to a one-year contract with a player option for 2021! More Info: https://t.co/49gV6Tt7Z3 https://t.co/ogdRyzKEDj

SNY.tv's Andy Martino, Joel Sherman of the New York Post and MLB Network's Jon Heyman were the first to report the news.

"I love New York," Betances said in a statement. "I grew up in Manhattan. Went to high school in Brooklyn. Played minor league ball in Staten Island. Made it to the big leagues in the Bronx. Now, I’m excited to go win a World Series with the Mets in Queens. Thanks to Fred and Jeff, Brodie, and all the other Mets staff who worked so hard to make possible this next step in my New York journey. Merry ChristMets! Let’s Go METS!"

The 31-year-old New York City native was limited to just one game in 2019 because of injuries. He landed on the injured list in March because of a bone spur behind his right throwing shoulder. He returned in September only to suffer a torn Achilles that brought his season to an end.

Although Betances returned to the Yankees bullpen for one game, he said at the time he wasn't all the way back to 100 percent.

"Arm strength, I'm still not where I want to be, but it's definitely better than what I was early in the season, and I'm happy where I'm at right now," Betances told reporters.

He expressed confidence in his ability to get batters out despite a fastball that was down about three miles per hour: "A lot of guys have [found success in the mid-90s]. I don't see why I can't. I've just got to be able to change speeds, making sure you keep the hitters off balance."

The four-time All-Star selection would have been one of the winter's most coveted free agents if healthy, especially given the uptick in reliever usage in recent years. The 2019 injury issues raised questions about what type of deal he'd receive, though.

Betances is a high-upside signing for the Mets if he returns to full strength. He's been one of the most dominant relievers in the sport and is capable of handling either closer duties or a high-leverage, multi-inning role.

As he stays in New York but switches boroughs, expect him to slot in as the chief setup man for Edwin Diaz, though those roles could flip throughout 2020 if Diaz's struggles carry over to next season. 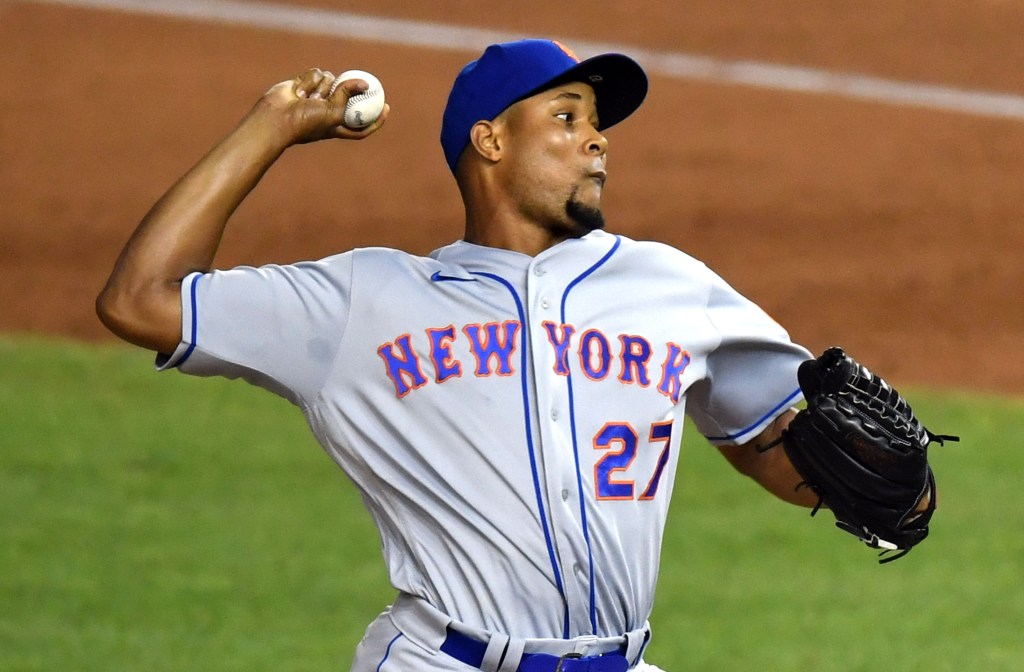