ONE Championship flyweight and former UFC champion Demetrious Johnson returns to the cage, where he'll attempt to win the world grand prix final against Danny Kingad on Saturday at ONE: Century in Tokyo, Japan. In the United States, watch his match on Part I of the Century card on Saturday night on TNT and B/R Live, along with Part II of the card on Sunday morning, also on B/R Live.

For six years, Demetrious Johnson dominated the UFC flyweight division as its champion. This Saturday, Oct. 12 at ONE: Century in Tokyo, he has the opportunity to become the No. 1 contender for ONE Championship's flyweight title. Doing so would make him the first former UFC champion to earn a championship shot at the Singapore-based organization.

Johnson's path to being the first 125-pounder in history to win titles at the world's two largest mixed martial arts promotions has continued to cement his legacy as one of the most dominant competitors ever. As Mighty Mouse told Bleacher Report, his move to ONE was something he always dreamed of, especially as he sensed his time in the UFC coming to a close.

"The North American audience isn't very fond of lighter weight divisions, so when I had the opportunity to make the journey over to ONE Championship and start competing in Asia, it wasn't an offer I could pass up," he said. "I've always wanted to travel the world and compete, and [I] actually grew up watching Asian mixed martial arts with Pride."

Johnson got off on the right foot with his new promotion in March, defeating Yuya Wakamatsu by guillotine choke in the second round of the flyweight world grand prix quarterfinals. It wasn't an easy win, though, as Wakamatsu's power gave Johnson fits early on with a heavy shot to the eye. Ultimately, the American's experience and quick decision-making were too much for the young Japanese.

In less than a week, Demetrious Johnson looks to finish another opponent at @ONEChampionship 🐭 https://t.co/igNG1pNecB

His world grand prix semifinal matchup came against the lanky Tatsumitsu Wada in what turned out to be a different kind of bout than his previous one, as both competitors held their own in a grueling three-round grappling masterclass. Wada showed he was more than capable of hanging with Johnson, but ultimately the 33-year-old wrestling standout prevailed by unanimous decision.

Johnson reflects on his two impressive, yet different victories. He broke down both opponents like the 13-year veteran he is.

"Looking back, neither victory outweighs the other significantly," Johnson said. "Obviously the finish is always better. I'm always going to go for the finish, but you have to take into consideration that Wakamatsu is still a young athlete. His style is more aggressive, and he's going to try and knock you out. When someone has that type of power, they want to use it. I can fight in a way to take advantage of that.

"Then there's a guy like Wada who isn't very powerful in the stand-up but very tricky on the ground with his grappling exchanges. I basically went to the realm where he's best at and competed with him there. On the feet, he was very long and got my back. He has long legs so it was hard to get mine untangled from him. He was a tough, resilient, game opponent. He's a three-time DEEP world champion, so he probably has just as much experience as I do. It was an interesting fight. It was a great grappling exchange, and I got some great cardio out of it."

Now the Kirkland, Washington, resident prepares to take on 23-year-old Danny Kingad, who is 13-1 and on a six-match win streak. Known for his quick and clever striking, the Filipino earned decision victories over Senzo Ikeda and Reece McLaren in the world grand prix quarterfinals and semifinals, respectively. The nine weeks Johnson had between the Wada match and Saturday's fight against Kingad is the shortest amount of time he's been given to prepare for a bout since 2010, while with World Extreme Cagefighting.

Mighty Mouse has won 15 of his past 16 bouts and could further make his case in the GOAT conversation with a world grand prix championship and his 30th career MMA victory. A win would crown Johnson as the No. 1 contender to the ONE flyweight title held by Adriano Moraes, the only fighter to win a ONE belt on three occasions.

After making his ONE debut in Tokyo last March, Johnson is excited to put on a show in the city once again on Saturday, especially with his entrance.

"I tell people, 'If you aren't watching ONE, let me just show you the production value of my f--king walkout. If you're not watching it, you're crazy.'"

Johnson admits there's been one big change he's had to make in his entrance since joining ONE.

"In ONE, you can't have profanity in your walkout songs at all. I like hardcore rap, so I can't really use that now. That's something I've kind of struggled with is to find a song to pump me up. The last song I picked was 'The Immigrant' by Led Zeppelin. I was watching Thor: Ragnarok and told myself, 'I need to come out to this f--king song.'

"As for my new celebration, I'm really big into video games, and it's a collaboration of a lot of them. When I close my fist, it's me harnessing all the martial art forms I know, absorbing it and then going out there and fighting."

Demetrious Johnson is BACK 🐭 Watch his ONE return now on #BRLive ⬇️ https://t.co/1RRqsVrcdn https://t.co/b7og5OaAeu

There aren't many guarantees at ONE: Century other than that Johnson's entrance will be one of many highlights. 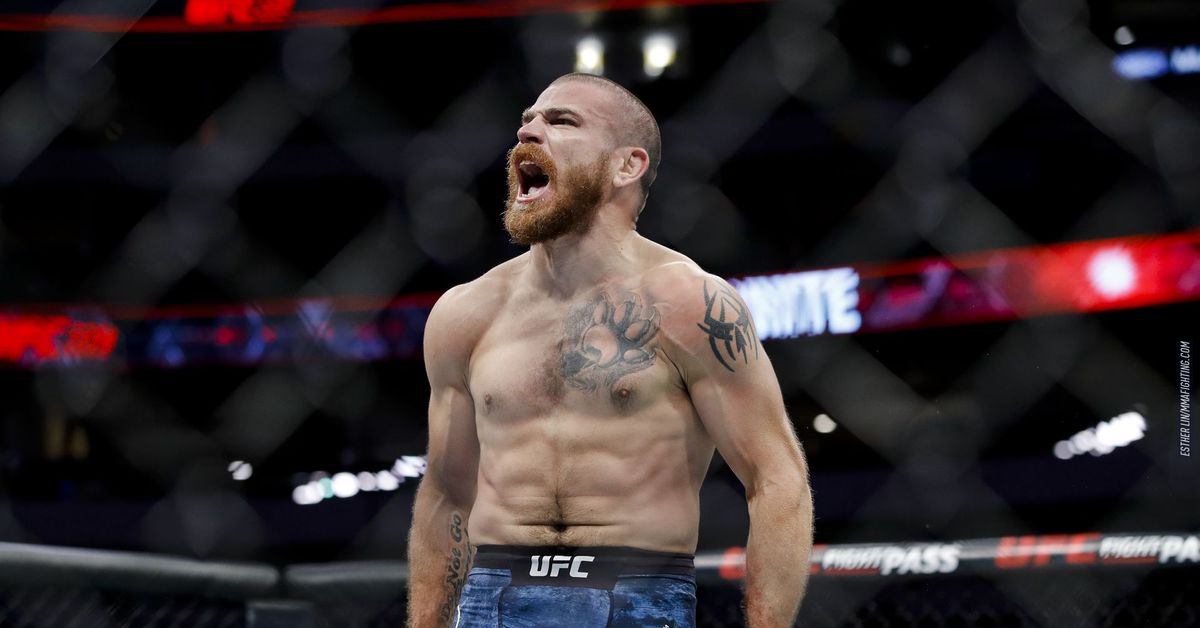 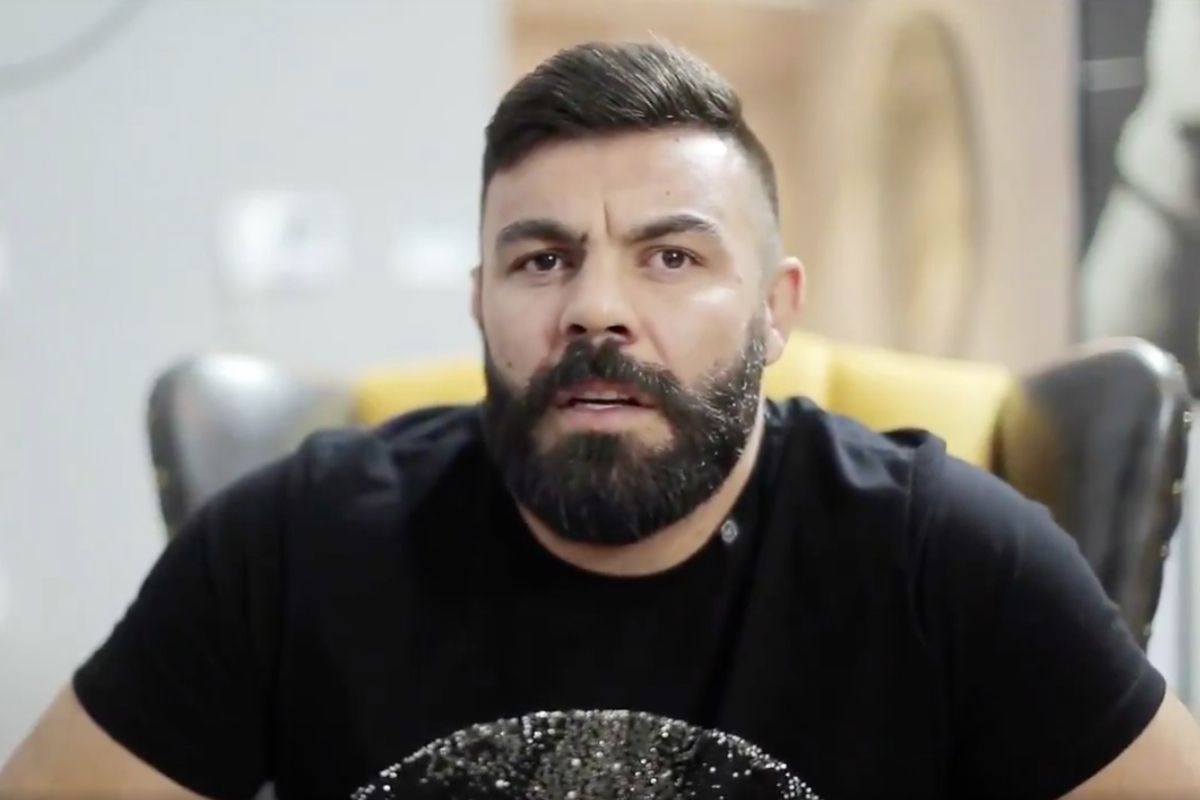