Bernardo Silva's hat-trick helped Manchester City close the gap at the top of the Premier League to just two points after demolishing Watford 8-0 at the Etihad Stadium on Saturday.

David Silva, Sergio Aguero, Riyad Mahrez, Nicolas Otamendi and Kevin De Bruyne were also among the goalscorers against the team bottom of the table.

The Citizens move closer to league leaders Liverpool, ahead of the Reds' trip to Stamford Bridge to take on Chelsea on Sunday.

City didn't even wait for a minute to pass by before beginning their goal rush when De Bruyne teed up Silva to finish a typically slick move.

It was 2-0 on seven minutes after Mahrez won a penalty. Aguero swept in the spot-kick to reach yet another milestone during his prolific spell in the sky blue half of Manchester:

Man City are 2-0 up inside seven minutes and we have a landmark goal for Sergio Aguero... 1️⃣ Henry at Highbury 2️⃣ Rooney at Old Trafford 3️⃣ Aguero at the Etihad The Argentine becomes just the third striker to score 100 Premier League goals in one stadium ⚽️ #BTSportScore https://t.co/2jbDwSXyQJ

City's free-scoring No. 10 also made a piece of league-wide history:

Meanwhile, Mahrez didn't have to wait long to get the goal his early magic deserved, with the winger clipping in a free-kick, albeit one aided by a deflection off Tom Cleverley, five minutes later.

It was four after a quarter of an hour when Bernardo Silva, one of the smallest players on the pitch, got his head to a corner. There were 18 minutes on the clock when Aguero broke free and pulled the ball across for Otamendi to finish.

The fact one of City's centre-backs felt emboldened to raid freely so far forward summed up not only the home side's dominance but also the visitors' total lack of resistance. In this context, it was no surprise City were setting more records:

Manchester City's five goals after 18 minutes is the fastest any side has ever gone 5-0 ahead in Premier League history. https://t.co/0vWAu5i3nO

It would be disingenuous to say City eased up after the lightning start. Instead, there should have been more goals, but the unplayable Aguero spurned three excellent chances.

Watford's only response was to substitute debutant Dimitri Foulquier for Roberto Pereyra. Like Foulquier, the whole Watford team was likely wishing for a do-over.

Wishing wasn't going to make it so, and City continued to press for a sixth before the break. However, Aguero's radar had deserted him, and he headed against the post as the half drew to a close.

City's sixth finally came four minutes after the restart when the two Silvas combined brilliantly, with David picking out Bernardo to double his tally.

Despite the embarrassing deficit, Watford boss Quique Sanchez Flores still waited until two minutes before the hour mark to bring club-record signing Ismaila Sarr off the bench. The former Rennes winger replaced Will Hughes, who, like the rest of the Hornets midfield, had been overwhelmed by Silva, De Bruyne and Co.

The change did nothing to spark the Hornets into life, while Aguero went close twice at the other end, but somehow more goals continued to elude him. It was a different story for Bernardo Silva, though, after the Portugal international met De Bruyne's cross to complete a career first:

The eighth seemed inevitable when substitute Angelino, replacing Benjamin Mendy at left-back to make his City debut, crossed for Mahrez. Yet the winger could only head against the crossbar.

Mahrez couldn't find the net again, but he played in De Bruyne for the Belgian to finally get the goal his performance deserved. De Bruyne should have doubled his tally with two minutes remaining, but he fluffed his lines with City trying to equal the nine goals Manchester United scored against Ipswich Town in 1995.

There were no more goals, but City had made an emphatic statement about their ability to retain the title. Defeat to Norwich City last week, combined with injuries at the heart of the defence, had raised doubts about the Citizens' ability to keep pace with Liverpool.

Now the Reds may be anxious when they try to restore their five-point advantage against Chelsea.

City face Preston North End away in the third round of the 2019 Carabao Cup on Tuesday, while Watford host Swansea City at Vicarage Road in the same competition on the same day. 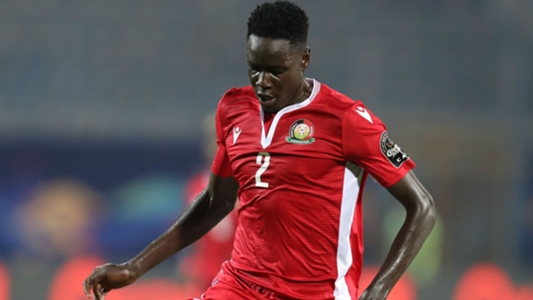