Barcelona have endured a mixed start to 2019-20. They opened their La Liga title defence with a loss at Athletic Bilbao before beating Real Betis and drawing against Osasuna.

As a result, they sit eighth in La Liga on four points, the same as their opponents on Saturday, Valencia. Los Che visit the Camp Nou on the back of a win against Mallorca before the international break.

League leaders Atletico Madrid have won three from three this season, and Barca cannot afford to fall any further back even this early in the campaign, so they will be eager for three points on Saturday.

Lionel Messi has, unsurprisingly, been missed by Barca at the start of the new season.

Sidelined with a calf injury, the Argentinian superstar has yet to appear for the Blaugrana this term, and he will not be risked on Saturday, per Javier Giraldo of Sport.

Even without Messi, Barca have a phenomenal squad, and stars like Antoine Griezmann and Luis Suarez have more than enough quality to cause Valencia problems.

Suarez has missed much of the season so far with injury, but he is "winning his race to be fit for the La Liga clash," per Sport.

Even if the Uruguayan is back in action, though, Ernesto Valverde's side will still be missing their attacking talisman, who makes a huge difference to the side:

Messi is kind of important. Barcelona has one win in their last eight without him. (via @BRfootball) https://t.co/cgvtUKS1Cp

If Barca are concerned by their recent form without Messi, then a look at their recent results against Valencia will not make for much better reading.

They played Los Che three times last season, including in the Copa del Rey final, and the La Liga champions did not manage a single victory.

The corresponding 2018-19 fixture in La Liga at the Camp Nou was a 2-2 draw, and Messi scored both Barca's goals after they had gone 2-0 down.

However, the form book may not be the best place to look in attempting to predict Saturday's result.

Instead, a glance at the recent upheaval at Valencia could be more instructive after manager Marcelino was sacked on Wednesday:

Just when it lookedil like Valencia were heading in the right direction and looking capable of narrowing the gap to the big three, they decide to self-implode again. Marcelino about to be sacked due to internal politics according to various sources.

The Spaniard had brought stability to the club with back-to-back fourth-place finishes, and his exit could be disastrous for Valencia's prospects this season.

Former Real Madrid assistant Albert Celades has come in as Marcelino's replacement, and he could hardly have asked for a tougher first assignment than a trip to the Camp Nou. 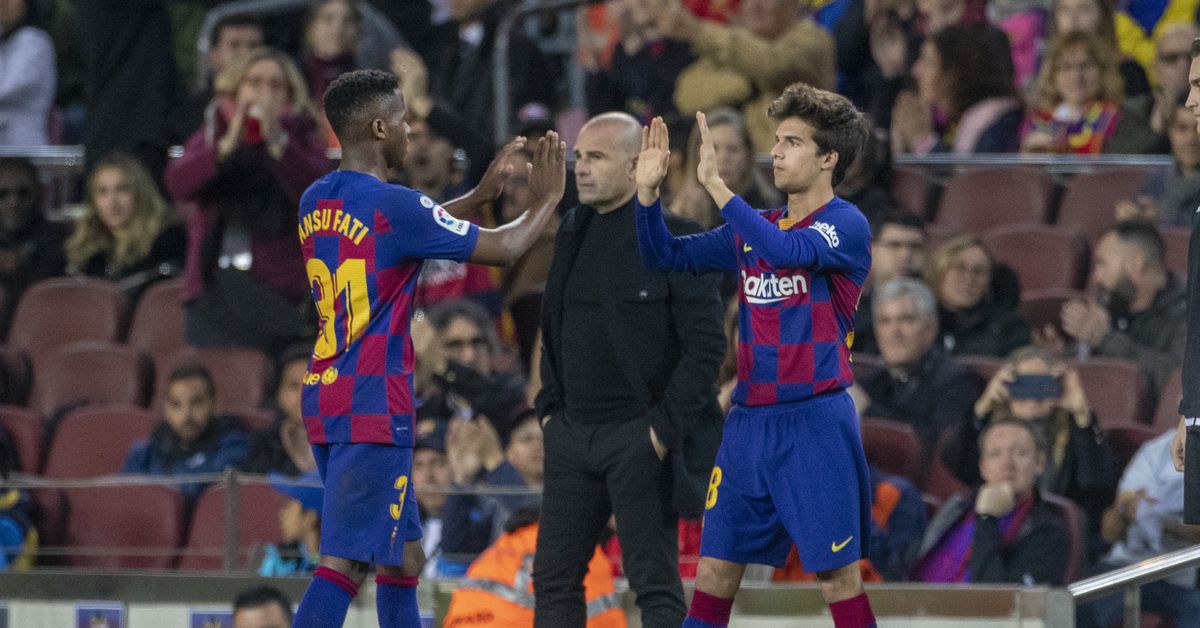