Samoa Joe is the king of the ring.

Or at least, he should win the WWE King of the Ring tournament, set to conclude at Clash of Champions on Sept. 15.

Granted, conventional wisdom paints Joe as the loser in the specifics of a semifinals match also featuring Ricochet and Baron Corbin. The former is an ascending star who could use a boost from a gimmick like this because he's good in the ring but not capturing attention out of it. The latter is perfect at grabbing heat as a villain, which would only be amplified by winning the tournament.

But this is about Joe, who does all of the above as well as the other two guys, if not better in some cases, albeit in a different style. It's about rewarding Joe and getting him out of the cycle he's been stuck in for a long time.

Because let's be honest: Joe is so good he's unfortunately stuck. He's stuck talking the good talk, putting over the seriousness of a match and his opponent, putting on a test match and then losing. Literally a day after a pay-per-view in some cases, the cycle starts again.

He's that good. Fans can forget Joe takes loss after loss without a major main event run because he's arguably the best talker in the company and superb in the ring.

According to the Internet Wrestling Database, Joe has only won 32.85 percent of his matches in WWE. He's won the United States Championship twice since joining the main roster. 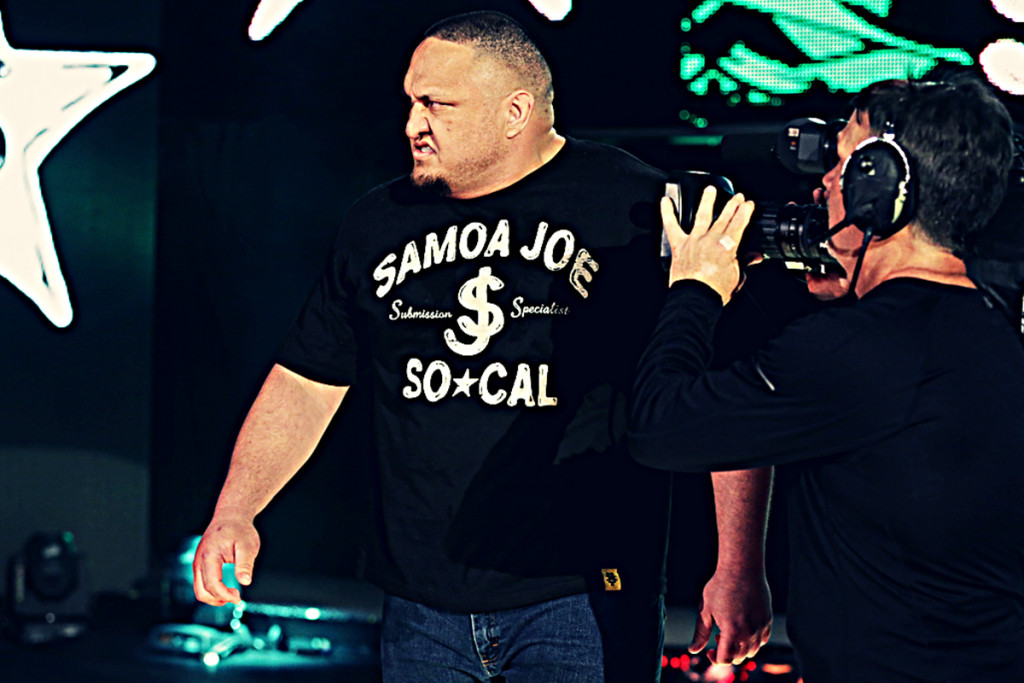 Why does this happen? Because he's putting out promos like this:

In reality, Joe's mic work alone should have him working even higher up the card. Remember him seemingly legitimately making Brock Lesnar angry during their feud while Roman Reigns was cast aside? This one:

There's something pervasive about a sheer bully final boss like Joe reigning over the roster for a little while, talking about his throne, how the king has spoken and whatever else he can come up with.

And the main event scene needs a presence like that. On Raw, Seth Rollins and Braun Strowman have a fun little dynamic going that looks combustible. But that sort of thing can only last for so long before somebody else needs to get in the picture. Same story on SmackDown, where the Kofi Kingston-Randy Orton feud is brilliant looping in past issues between the two but will soon run out of steam.

That's where a King of the Ring Joe comes into play for either brand. The other problem with not letting Joe win it is the other options in the upcoming match.

Slingshotting Ricochet up the card after winning this could backfire if he's still not moving crowds on the mic. Doing the same with Corbin—great as he is at what he does—could have the fans openly rejecting the whole thing. Corbin's feud with Rollins, after all, was drawn out and hurt both of them earlier this year.

A Joe win brings legitimacy to the King of the Ring should WWE want to make this a normal event again. If the first winner of this revised ordeal flops, it does the whole thing a disservice.

Granted, we can't know the motivations of making it a Triple Threat match to conclude the tournament in the first place. Something is amiss, or maybe the folks backstage can't decide who should get the win.

But it would be silly to pass over Joe. There's a difference between relying on older part-time talent like Goldberg for special matches that prevent the next line of Superstars from getting on programs and leaning into an experienced veteran like Joe who can turn around and, on a full-time basis, use the win to put over the whole event and that next generation.

Joe is the only choice, so maybe WWE made it a Triple Threat to divert attention from that fact.