Paul Pogba missed from the penalty spot as Manchester United were held to a 1-1 draw at Wolverhampton Wanderers on Monday following a stunning equaliser from Ruben Neves.

Anthony Martial kept up his perfect strike rate and scored for the second match running to put United ahead after 27 minutes—his 50th goal for the Red Devils.

However, Neves' sumptuous equaliser from just outside the box beat David de Gea to end United's winning start to the season, with both teams still unbeaten after two games.

Ole Gunnar Solskjaer's men travelled to the west Midlands full of optimism following their 4-0 hammering of Chelsea in Week 1, while Wolves were halted 0-0 in their visit to Leicester City.

The United boss made only one change to his side as Daniel James replaced Andreas Pereira. The Welshman looked to build on his debut goal against the Blues.

James showed ingenuity early on down United's right side, but Molineux lapped up his yellow card when the 21-year-old was cautioned for simulation after 24 minutes.

His embarrassment didn't last long, however, as Martial capped off a sweeping combination ignited by Jesse Lingard and Marcus Rashford, via Sky Sports and NBC (UK and U.S. viewer only):

Paul Pogba and Lingard were two of United's main protagonists in attack for much of the first half. However, neither side was very active in front of goal during the opening period. United had two shots on goal (one on target), while Wolves missed with their only attempt, per WhoScored.com.

An under-hit back-pass from Ryan Bennett almost allowed Martial to steal in for a second goal just before the break, but the Frenchman was unable to get his shot away in time.

Statman Dave highlighted the French forward as one of the key performers in the first half:

Raul Jimenez was close to scoring soon after the restart, but he could only steer his header onto the post and off David de Gea.

De Gea had even less of a chance of getting to Neves' rocket, digging Joao Moutinho's pass out from under his feet and arcing an early goal-of-the-season entrant into the top-right corner (UK and U.S. only):

There were questions as to whether Moutinho strayed offside in the build-up, but The Athletic's Laurie Whitwell suggested the margins were too marginal to punish such a strike:

What an incredible strike from Neves. The protractor almost came to United's rescue but it would have been an abhorrent use of VAR. Solskjaer said he wanted to see how his side coped with an obstacle and Wolves with tails up is certainly that #mufc

Wolves captain Conor Coady was guilty of tripping Pogba up inside his own area to give away a spot-kick, but the 2018 FIFA World Cup winner couldn't get the better of goalkeeper Rui Patricio from 12 yards. Portugal goalkeeper Patricio guessed correctly and palmed Pogba's attempt away to his right.

OptaJoe highlighted Pogba as the most wasteful penalty-taker in recent Premier League history:

4 - Paul Pogba has missed four penalties in the Premier League since the start of last season; the most of any player in the competition. Fluffed. https://t.co/NI1odCCBg5

Rashford won and converted his own penalty against Chelsea. Match of the Day presenter Gary Lineker suggested United may be wise to designate the England striker their permanent penalty-taker:

Inexplicable that Pogba should take the penalty after Rashford took one and scored last week. As a striker that would absolutely do my head in. Particularly if they miss.

Espirito Santo's hosts took the fight to their guests and looked capable of their own goals on the break at times. A wayward pass from record signing Harry Maguire almost led to a late Wolves winner, but De Gea was quick to the rescue.

After beating Pyunik in the UEFA Europa League third qualifying round on Thursday, Wolves will be the far happier of these two teams with their share of the spoils.

United are back in action at Old Trafford on Saturday when they host Crystal Palace, while Wolves travel to Turin on Thursday for the first leg of their UEFA Europa League play-off against Torino. 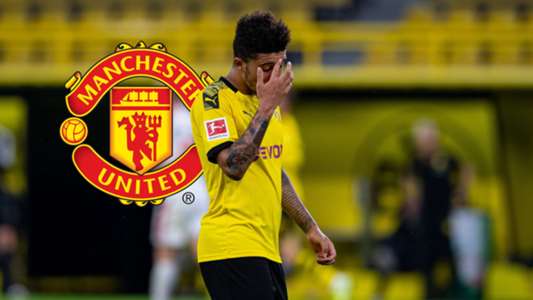