Lukaku, 26, left Old Trafford for the San Siro on Thursday following months of speculation. Giggs told the Press Association he expects Lukaku to score goals "wherever he goes" but added the forward wasn't suited to United (h/t Goal's Chris Burton):

"I'll be honest with you, I never felt as if he was a United centre-forward. That was my feeling. But he started well, then obviously he lost a little bit of confidence and then found it difficult to get back up to form.

"I think there was always that feeling of was he fit enough? And was his style suited to playing football for Manchester United? That was my question.

"He'll always score goals wherever he goes. He'll score goals for Inter. But the way you want to play, you've got to fit the right people on the bus, and Romelu Lukaku was never that person.”

The Nerazzurri unveiled their new club-record signing in Milan on Thursday: 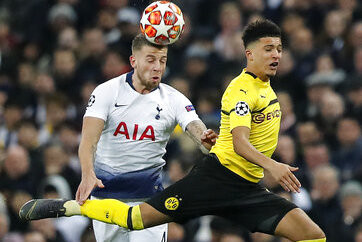 United manager Ole Gunnar Solskjaer looks likely to give Lukaku's place in the squad to Mason Greenwood, 17, who impressed during pre-season.

The Belgium striker scored a respectable 42 goals in 96 appearances for United, but his first touch and build-up play were often criticised, while many saw academy product Marcus Rashford as a superior option up front.

Giggs—who made a club-record 963 appearances for United between 1990 and 2014—continued:

"With Lukaku, with the way Ole has looked to play, with Anthony Martial up front, with Marcus Rashford and Mason Greenwood and he has probably looked at it and gone 'maybe I am not going to get a lot of games out of him.'

Lukaku's relationship with Solskjaer also deteriorated towards the end of his United career, per the Evening Standard's James Robson. However, the forward still paid tribute to his former boss on his way out:

To everyone involved with Manchester United - from the board to the manager and his staff, the players, and all the fans. Thank you and good luck for the future @ManUtd. https://t.co/EI6POzQGFm

Wales manager Giggs added it's not new for players to want to leave the club but said the lack of success in the past "10 to 15 years" highlights high-profile departures even more these days.

A story on what Romelu Lukaku can expect under Antonio Conte - “Get ready to suffer”. ✔️players bombarded with instructions about tactics / food / physical shape (values marked in red need to be improved) ✔️hard work ✔️long tactical sessions ✔️a manager that is never happy https://t.co/L2eJdk1YO3

Rashford looks to have earned Solskjaer's faith as United's primary striker this season. The Red Devils open their 2019-20 Premier League campaign at home to Chelsea on Sunday.