Bayern Munich face Tottenham Hotspur in the final of the 2019 Audi Cup at the the German champions' Allianz Arena on Wednesday.

In the sixth edition of their pre-season tournament, Bayern have reached their fifth final and are looking to win it for a fourth time.

Two years ago, when Atletico Madrid triumphed, hosts Bayern came fourth after losing both their matches.

They ensured there would be no repeat of that on Tuesday when they thrashed Fenerbahce 6-1, while Spurs beat Real Madrid 1-0.

For Bayern, the Audi Cup final is their last pre-season game before they face Borussia Dortmund in the German Super Cup on Saturday.

Meanwhile, Spurs follow Wednesday's clash with a friendly against Inter Milan before kicking off their Premier League campaign against Aston Villa on August 10.

Thomas Muller made the key contribution for Bayern against Fenerbahce on Tuesday as he netted a hat-trick amid goals from Renato Sanches, Leon Goretzka and Kingsley Coman.

Harry Kane was the sole goalscorer in Spurs' clash with Real, with the Englishman showing a fine touch to produce a deft finish after Marcelo's mistake:

Cool as you like! 😎 @HKane capitalises on Marcelo's mistake to give @SpursOfficial the lead midway through the first half Watch live on @ITV4 and the @itvhub #AudiCup #HalaMadrid #THFC https://t.co/WDbFSQv48U

In pre-season, performances matter a lot more than results, and both managers will use Wednesday's fixture as an opportunity to trial various tactics and players in preparation for the new campaign.

But given the start of the 2019-20 season is so close, and the fact there is silverware on the line, there should be a greater competitive edge to the Audi Cup final.

Mauricio Pochettino's Spurs side have slowly established themselves among the European elite in the last few seasons, culminating in their UEFA Champions League final spot last term.

It is a group Bayern have been part of for a long time, so Wednesday's fixture can be legitimately labelled as a clash between two of Europe's heavyweights.

A victory in the Audi Cup final would provide either side with a momentum boost going into the new campaign.

There is set to be a huge amount of attacking talent on show, with Robert Lewandowski, Heung-Min Son and Christian Eriksen likely to join Muller and Kane in the action.

As such, this year's Audi Cup final should be an entertaining clash as Bayern look to win their home tournament for the first time since 2015.

Podolski: Sane Not Yet at the Top Level 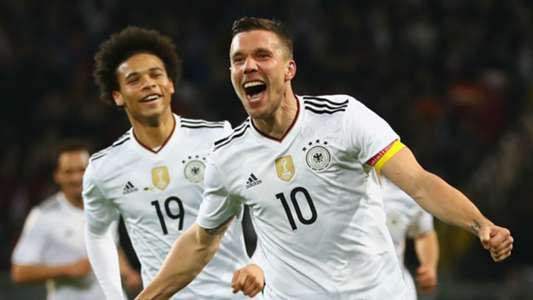 Podolski: Sane Not Yet at the Top Level