The Ligue 1 champions and the Toffees confirmed his move on Tuesday:

↩️ | @IGanaGueye has today joined @PSG_Inside for an undisclosed fee. Thank you for always giving everything, Gana. 👏 https://t.co/YvOTVAqm6Z

The 29-year-old made 108 appearances for Everton after arriving from Aston Villa in 2016.

The Senegal international, who began his senior career in Europe with Lille, told PSG's official website he is "immensely proud" to join the Parisians.

"I wanted to give a new boost to my club career by joining Paris Saint-Germain, one of the most structured and ambitious sports projects in Europe. I'd like to thank the directors, the coach and his staff for the confidence they have shown in me. I will do everything to justify the faith they have shown in me and to integrate into this talented squad. And of course I can't wait to take in the amazing atmosphere of the Parc des Princes, which impressed me during my first seasons in France!"

Dominic King of the Daily Mail relayed his reported transfer fee and noted the loss he'll be to Everton:

Idrissa Gueye has completed his move to Paris St Germain, fee in the region of £30m. He will be a big miss... it has to be a decisive and busy 10 days for Everton now before the window closes 🔵

He'll be a welcome addition in the French capital, where PSG were in need of a midfielder who could protect the back four.

The club had not replaced Thiago Motta following his retirement last year, and manager Thomas Tuchel had to deploy centre-back Marquinhos as a holding midfielder in key games.

The Brazilian was exposed in the UEFA Champions League, particularly in PSG's 3-2 group-stage defeat to Liverpool and their 3-1 loss at home to Manchester United in the round of 16.

Gueye is among the best ball-winners in European football:

1 - Since making his debut for Everton in August 2016, Idrissa Gueye made more tackles (395) and interceptions (218) than any other player in the Premier League. Enforcer. https://t.co/qmXKO091gm

His presence should bring more balance to the side, which is somewhat top-heavy when Kylian Mbappe, Neymar and Edinson Cavani are all fit.

As for Everton, they shipped 46 goals last season, the joint-best record outside the Premier League's top four.

They'll be far less secure without Gueye, though, so they need to find a solution before the transfer window closes on August 8. 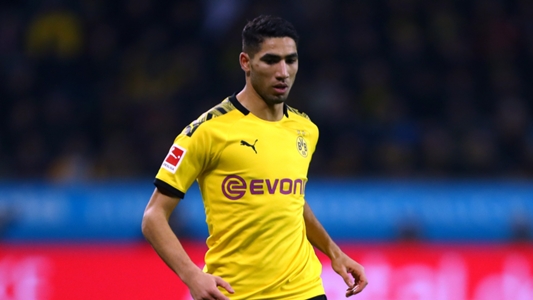