Seattle Seahawks linebacker Bobby Wagner opened up on the process of negotiating his new three-year, $54 million contract extension, which he said included a conversation with Michael Jordan.

Wagner, who is a Jordan Brand athlete, met with the Basketball Hall of Famer during a trip to France over the summer. The five-time Pro Bowler acts as his own agent and negotiated the terms of the deal that makes him the highest-paid inside linebacker in the NFL.

Wagner did not give details on what advice Jordan gave him when it came to negotiations. He did say that the protracted talks weighed on him during the offseason.

"It's a focus," Wagner said. "Just like when you play in football and playing during the season, it's a certain level of focus that you want to be great that you want to apply, so trying to get a deal done there was a certain amount of focus that I had to have to ultimately get the deal done. But I felt like you had a guy who wanted to be here, you had a team who wanted him here, there was respect on both sides and that's always a good recipe to get a deal done.'' 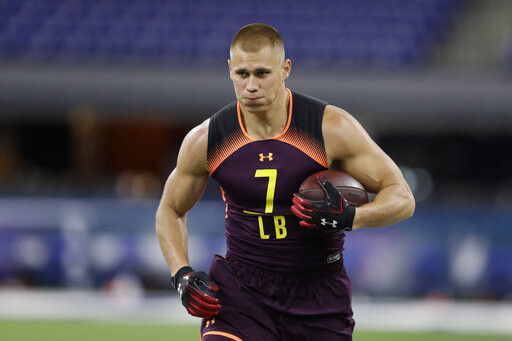 Wagner came into camp prepared to play out the final season of his contract, which was slated to pay him a $10.5 million base salary. He'll now be under contract with the Seahawks through the 2022 season with a deal that includes $40.2 million in guarantees.

Wagner has emerged as the focal point of the post-Legion of Boom Seahawks defense and has made five straight All-Pro teams, including first-team honors each of the last three years. He said he does not plan to hire an agent for any future contract negotiations.