The New York Knicks have been fined $50,000 for violating the NBA's policy regarding equal access for media.

The Knicks refused to credential the New York Daily News for R.J. Barrett's introductory press conference Friday. According to the NBA release, the Knicks have agreed to comply with the policy moving forward.

“The Knicks acknowledge that we did not comply with the NBA’s media policy, and made an error in interpreting Friday’s announcement as an invite only event.  As we do throughout the year, we have and will continue to provide access to credentialed media as per the League’s policy," the Knicks said in a statement.

The Knicks refused to invite the Daily News to the presser over issues with the paper's coverage of the team. This is the second time the Knicks banned the Daily News, the first coming in December after the paper implored owner James Dolan to sell the franchise.

The latest ban drew widespread criticism from members of the media, who viewed it as a form of censorship. The Pro Basketball Writers' Association released a statement condemning the Knicks' actions:

"In reality, the only message he is sending is that he is a bully who retaliates against legitimate news outlets that publish content he dislikes. Members of the Professional Basketball Writers Association support our Daily News colleagues, and we condemn the Knicks' attempts to hinder journalists' ability to do their jobs and inform the public."

Dolan has also run into issues with fans, including banning one for life during this season after the fan told him to sell the team. The Knicks have been one of the NBA's most downtrodden franchises since Dolan took over operations in 1999. 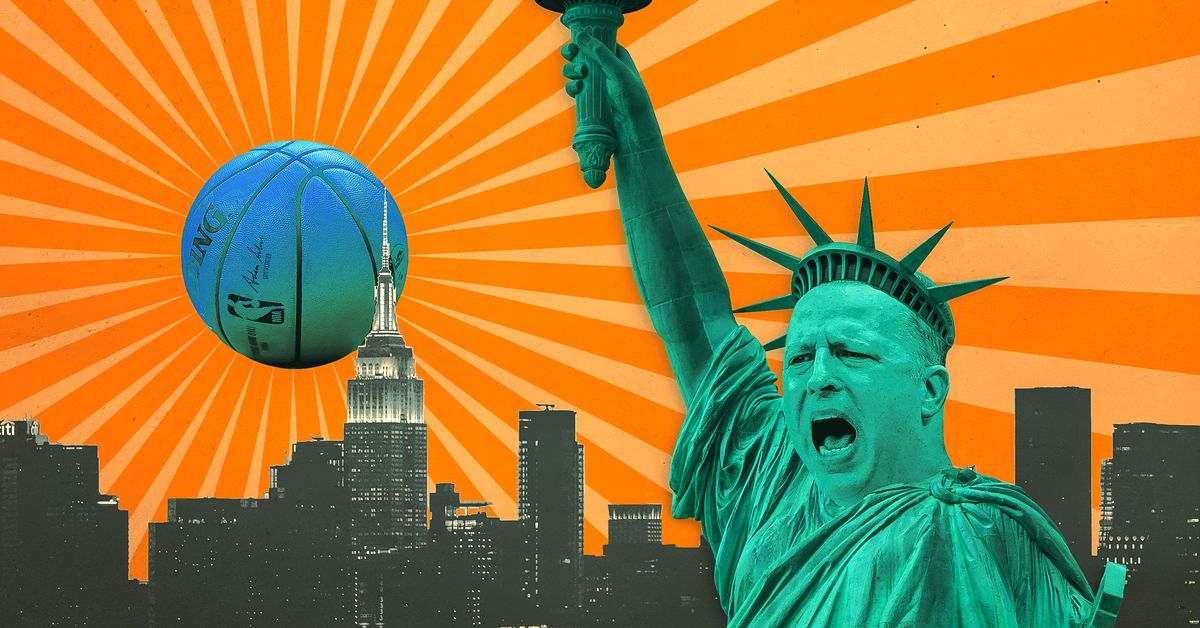