The former Rutgers forward announced his decision to transfer to Oregon by posting a photo wearing a No. 1 Ducks uniform to his Instagram Monday night.

Omoruyi also took to Instagram to announce his intention to transfer from Rutgers on May 28 and entered the transfer portal. He then reportedly visited Oregon on Saturday, according to CBS Sports' Jon Rothstein.

The Ontario, Canada native played three seasons at Rutgers and led the team last season in points per game (13.8) and rebounds (7.2).

Omoruyi is expected to sit out next season, per Stadium's Jeff Goodman:

Oregon has added UNM grad transfer Anthony Mathis and Rutgers transfer Eugene Omoruyi — who will likely sit. If Dana Altman can get UNLV grad transfer Shakur Juiston, should be NCAA tourney team despite getting crushed by NBA early entries.

"Gene was here three years and was great," Pikiell said. "But Gene wants to go to another school. You don't always have to agree, 18-to-22-year-olds have to make decisions. ... I think he thinks another place is better for him and that's his right."

Once Omoruyi is eligible to take the floor, the appeal of finishing his collegiate career at Oregon instead of Rutgers is clear.

Rutgers has not finished above .500 since the 2005-06 campaign, while the Ducks are coming off of a Sweet Sixteen run. Oregon head coach Dana Altman has led the program to nine consecutive winning seasons with NCAA tournament appearances, including the 2017 Final Four.

The 6'7", 240-pound forward played in 93 games in three years for the Scarlet Knights, averaging 7.7 points and 4.7 rebounds. While the 2018-19 season saw Omoruyi post career-bests in points, rebounds and assists per game, he had consistently built a reputation as a stout defender throughout his Rutgers tenure.

That characteristic makes for a good fit in Altman's system, as the Ducks' defense propelled them deep into the NCAA tournament last season. 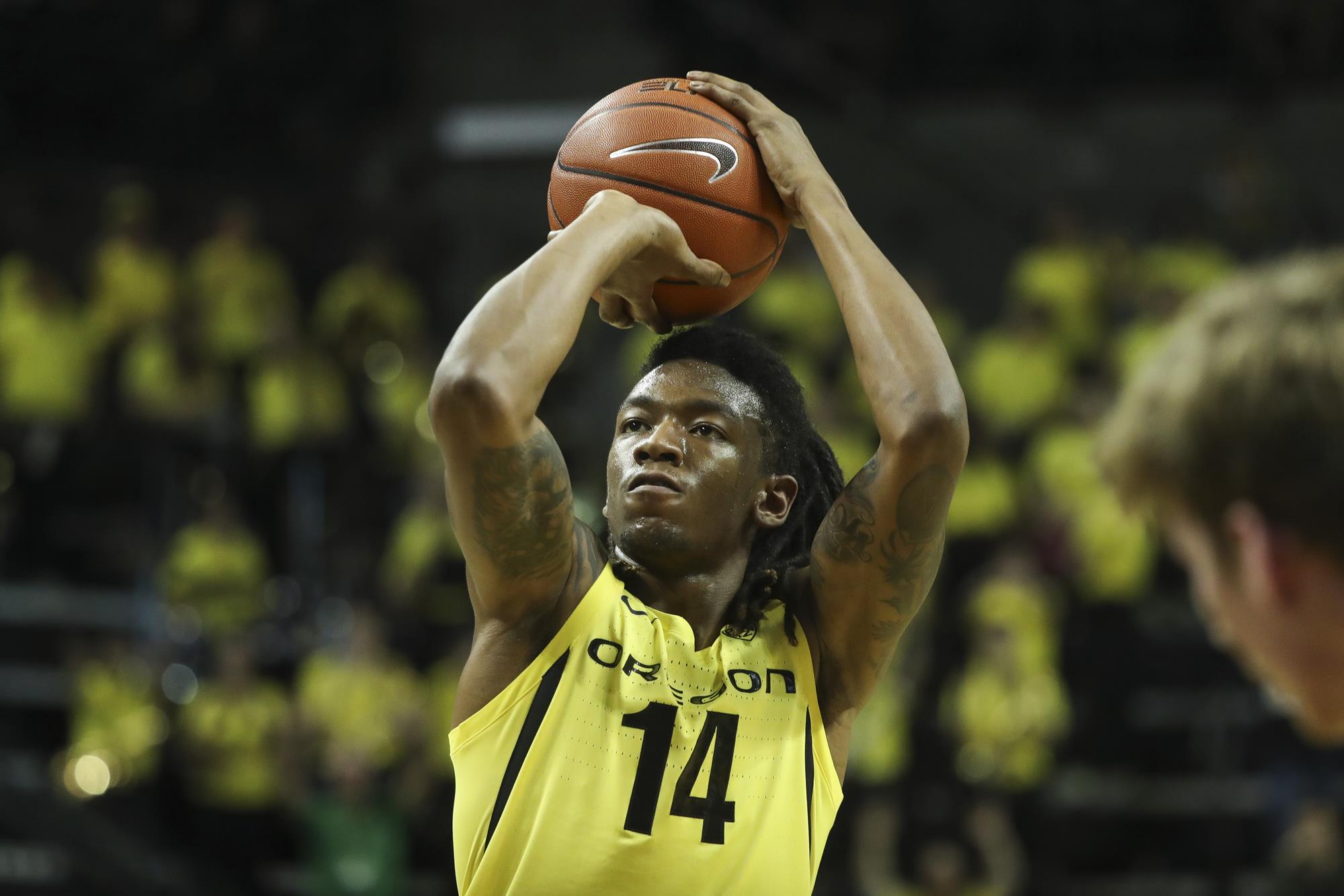