Brock Lesnar has a big decision to make in the days and weeks ahead.

The surprise winner of the 2019 Money in the Bank briefcase has his pick of either Seth Rollins or Kofi Kingston when weighing up his intended opponent for a guaranteed world-title match.

When WWE books Lesnar's choice, though, the company has to be sure it nails the angle, irrespective of whether The Beast Incarnate successfully cashes in his briefcase or otherwise.

But would fans rather see a rematch between Lesnar and Rollins, or a new showdown with Kingston?

The Case For Seth Rollins

There is a case to suggest Lesnar and Rollins have unfinished business. Sure, The Architect pinned his opponent clean at WrestleMania 35, but that doesn't mean The Beast is simply going to go away quietly.

Randall Ortman at Cageside Seats wrote last week that Lesnar is expected to announce he will be cashing in against Rollins, with a match likely booked for Super ShowDown in Saudi Arabia on June 7. 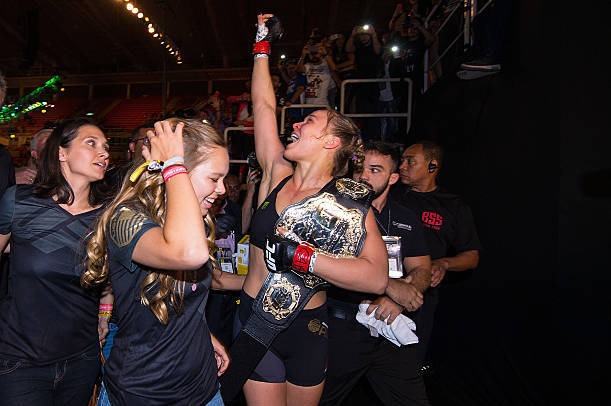 But whether Lesnar's cash-in against Rollins is a success depends on one thing: The Beast failing to win the Universal Championship.

The positive of Lesnar choosing Rollins as his opponent means it gives the current titleholder another chance to solidify his position as the top star in WWE, by scoring a second consecutive victory against The Beast.

If he does that, it would make Lesnar vs. Rollins II completely worthwhile, but WWE can't have the former champion going over The Architect at this particular point in proceedings.

The Case For Kofi Kingston

With SmackDown moving to Fox later this year, it's obvious WWE is going to roll the dice and put some big names on the blue brand moving forward.

There are arguably none bigger in WWE than Brock Lesnar.

So if his plans change from what has been reported above, and he ends up choosing Kingston and the WWE Championship as his target, there is some logic to it.

Lesnar hasn't had a run on SmackDown for years, and it would give him fresh impetus in WWE to compete on a different brand—and against a completely different opponent.

WWE would also have the element of surprise on its side with Lesnar cashing in on the New Day member, with fans blissfully unaware when The Beast is going to strike.

Of course, Kingston may have lost the WWE Championship by the time Lesnar cashes in, but even so, the prospect of The Beast ripping up the rulebook and doing something completely different would surely be more appealing to fans than another rematch with Rollins and a part-time run on Raw.

In truth, WWE has booked itself into an unfortunate corner by having Lesnar win the Money in the Bank briefcase.

If he's going to take on Rollins, then he simply has to lose. That cheapens the Money in the Bank briefcase concept itself, especially if Lesnar announces the date he intends to cash-in in advance.

However, Rollins cannot lose the Universal Championship so soon after winning it. So if WWE intends for Lesnar's cash-in to be a success, then Kingston and the WWE title has to be the plan of action.

Rollins going over the former universal champion clean again would truly establish him as a big name, even if it means Lesnar's briefcase victory is all in vain.

If you could guarantee a win for The Architect, then it probably would be better for The Beast to cash in against the former Shield member.

But don't be surprised if WWE does something left-field.