The NBA ruled Andre Iguodala did not foul Damian Lillard before he stripped him of the ball on the Portland Trail Blazers' final possession of Thursday's Game 2 loss to the Golden State Warriors in the Western Conference Finals. 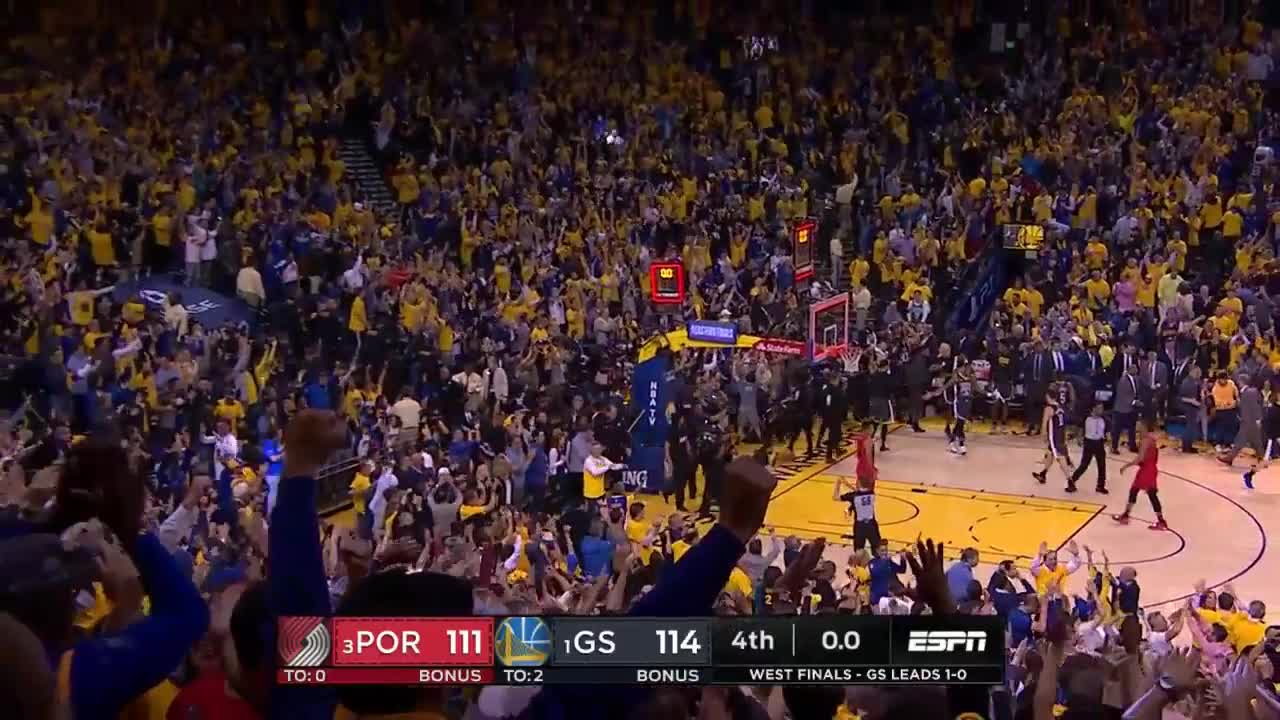 Iguodala bumped Lillard with his arm before he knocked the ball loose to clinch the Warriors' 114-111 victory. Lillard was clearly frustrated by the no-call and told reporters there was "a lot of contact" on the play:

"I know it's a tough position for the referees to be in to make a call at that point in the game. But I tried to get a little bit of space the first time. He grabbed my arm, and I lost the ball a little bit. I regained it, and I was going to shoot it again. And he got his hand on the ball. ...

"For me, as the offensive player, I felt like it was contact. There was a lot of contact. But, obviously, the ref is not going to decide the game or jump in at that point. So good defensive play."

Iguodala's block clinched the Warriors' comeback from a 17-point deficit and gave them a 2-0 lead in the best-of-seven series.

"He's done that before. During my five years here, I think I've seen him do that a couple of times," Warriors coach Steve Kerr said, per the Mercury News' Matt Schneidman. "He's an incredible defender because he's got the whole package between the athleticism, the length but most importantly the brain. He just understands his opponent. He understands the spots where the opponent is trying to get to and [has] quick hands to get a steal like he did on that last play. It was an amazing play against one of the best players in the league."

Golden State's Iguodala and Draymond Green have been huge defensively since Kevin Durant suffered a strained calf in Game 5 of the conference semifinals. Couple that with Stephen Curry's resurgence from three-point range, and the Warriors have looked like their pre-KD selves with Durant out of the lineup.

While it's not remotely accurate to say the Warriors are better without Durant, they may want to start using him a little more off the ball if he returns to help unlock the things they've been doing through the first two games against the Blazers.

As we saw in Game 2, an engaged Iguodala can save the day.