The New Orleans Pelicans won the NBA draft lottery Tuesday, which gives them the chance to take Zion Williamson.

That's reportedly done nothing to change Anthony Davis' desire to leave the franchise.

Shams Charania of The Athletic and Stadium reported Davis still wants to be traded this summer. Davis first requested a trade publicly in January, setting off a flurry of rumors and one of the most awkward player-team relationships in recent memory.

The Pelicans have maintained hope that Davis would change his mind and return to the organization. New president of basketball operations David Griffin has been confident that he could sell Davis on his vision, as he said on ESPN's The Jump last month (h/t Scott Kushner of the New Orleans Advocate).

I think there's going to be appreciation on his part for the fact that I would not have come here if it wasn't for the fact that Mrs. [Gayle] Benson and her ownership team weren't completely committed to winning. They very much are. Because of that, I think some of the concerns that Anthony probably had, we're going to be able to alleviate. I feel like there is reason to be optimistic that he's going to be open-minded to coming back.

But the real question is, what does it look like and can we give each other what we really need and be the sort of expression of greatness for one another? I hope that we can. But it's certainly not something we believe can't happen.

Griffin has a good relationship with Klutch Sports, which represents Davis, dating back to his time as the Cleveland Cavaliers' general manager. Klutch also represents LeBron James, with whom Griffin has mutual respect. That strong relationship may make Griffin more willing to trade Davis to the Lakers, his preferred destination. 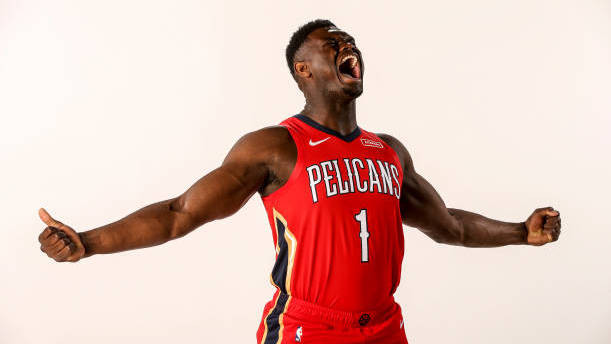 The Lakers moved up from No. 11 to No. 4 in Tuesday's lottery, making their possible trade offers more attractive.

What's clear is that Davis' time in New Orleans appears to be done. Even if he may be regretting the way the trade request played out, the Pelicans were a poorly run organization throughout his tenure. The public nature of the request coupled with the way Pelicans fans (understandably) booed him created a point-of-no-return situation a long time ago.

Now it's Griffin's job to get a huge head start on a rebuild with the No. 1 pick and a Davis trade package in his back pocket.