Philadelphia 76ers big man Joel Embiid went an ugly 2-of-7 from the field during his team's 101-96 loss to the Toronto Raptors in Sunday's Game 4 of their second-round playoff series. Apparently, there was a clear explanation for his struggles.

Serena Winters of NBC Sports Philadelphia noted Embiid said he was throwing up on Saturday night and needed an IV at 6 a.m. ET on Sunday. He also explained this new issue was not related to the stomach illness with which he dealt in Game 2.

"He just kind of willed his way through it." Sixers coach Brett Brown gives props to Joel Embiid, who woke up unsure if he would even be able to play in Game 4. #NBAPlayoffs https://t.co/7aVY4bTPJH

Embiid is arguably the best center in the NBA, but he has been a shell of himself for much of this series. He scored 12 points on 2-of-7 shooting in Game 2 and was 5-of-18 from the field in Game 1 while limited by knee tendinitis.

He finally looked like himself in Game 3 with 33 points, 10 rebounds and five blocks, but this new ailment proved costly as the 76ers lost home-court advantage.

Unfortunately for Embiid and the team that made him a franchise cornerstone with the No. 3 overall pick in the 2014 NBA draft, health concerns have served as a predominant storyline throughout his career. He missed his first two seasons in the league, played 31 games in 2016-17 and has never logged more than 64 in a single campaign.

He also missed a contest during the first round against the Brooklyn Nets. 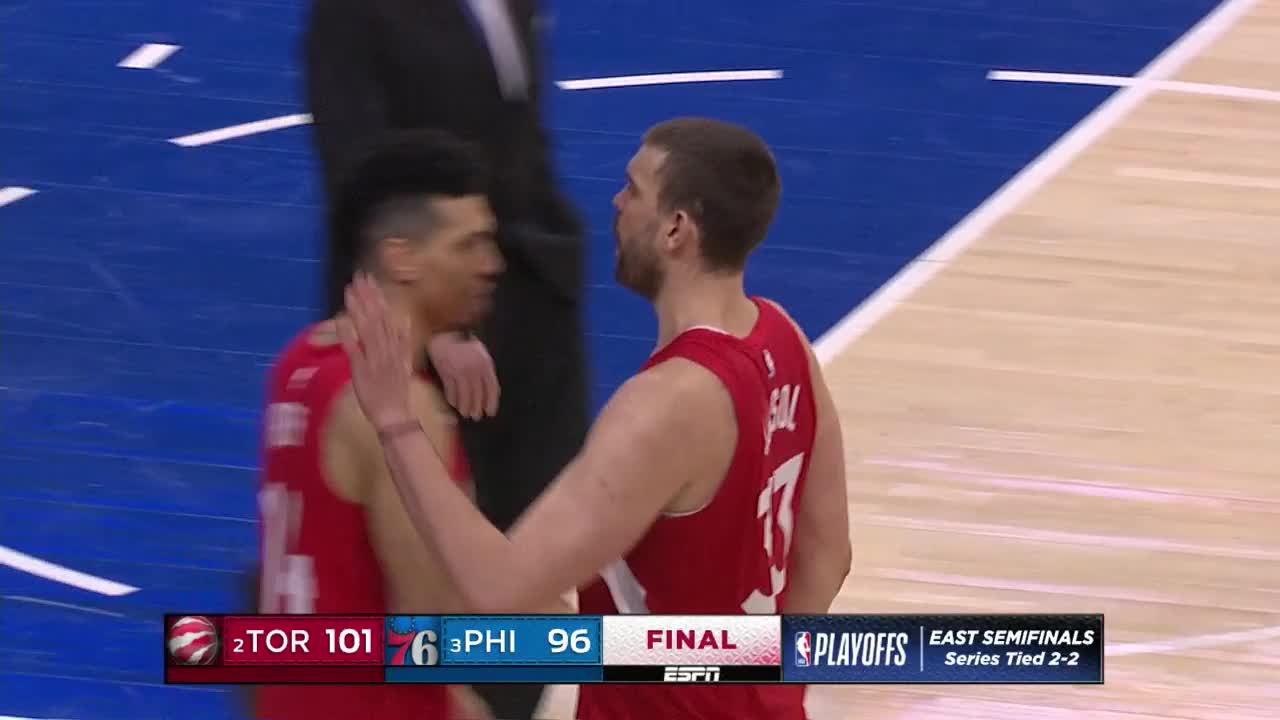 Until Embiid is consistently able to remain healthy, the 76ers will have trouble fulfilling expectations as a championship contender in the Eastern Conference. They had a golden opportunity to move ahead of the Raptors 3-1 and pull within a single victory of the Eastern Conference Finals, but they instead ceded home-court advantage with the Game 4 defeat.

Embiid was not the only star to struggle, as Ben Simmons sported an ugly plus-minus of minus-16 in 38 minutes, per ESPN. He had just 10 points and four assists and was largely a nonfactor for much of the contest as the Raptors played off him with no fear of his outside shot.

Simmons and Embiid will have to be much better in what is now a best-of-three series if they are to prevail and advance against Kawhi Leonard and the Raptors. Leonard had 39 points, 14 rebounds and five assists in Sunday's win and was clearly the best All-Star on the court.