Portland Trail Blazers center Enes Kanter said he "separated [his] shoulder more" during the first overtime of the team's 140-137 quadruple OT victory over the Denver Nuggets on Friday night.

Kanter has been dealing with the injury since the final game of the Blazers' first-round playoff series against the Oklahoma City Thunder. He ended up playing 56 minutes in the Game 3 marathon against Denver to help Portland take a 2-1 series lead.

"First overtime, I think I separated my shoulder more," he told reporters. "I had to tuck my arm into my jersey because I couldn't carry my arm. I'm glad we got a win, man. Whatever it takes. You've got to sacrifice everything. I'm proud of my teammates."

Whatever it freaking takes #RipCity https://t.co/ok9l0Mf5I8

Kanter finished the game with 18 points, 15 rebounds, three steals and one block. He connected on eight of his 16 shots from the field, including his only three.

"Sometimes you've got to make some sacrifices to get a win," he said. "I'll get some painkillers for the next game. I hope I can play. But I'll be fine." 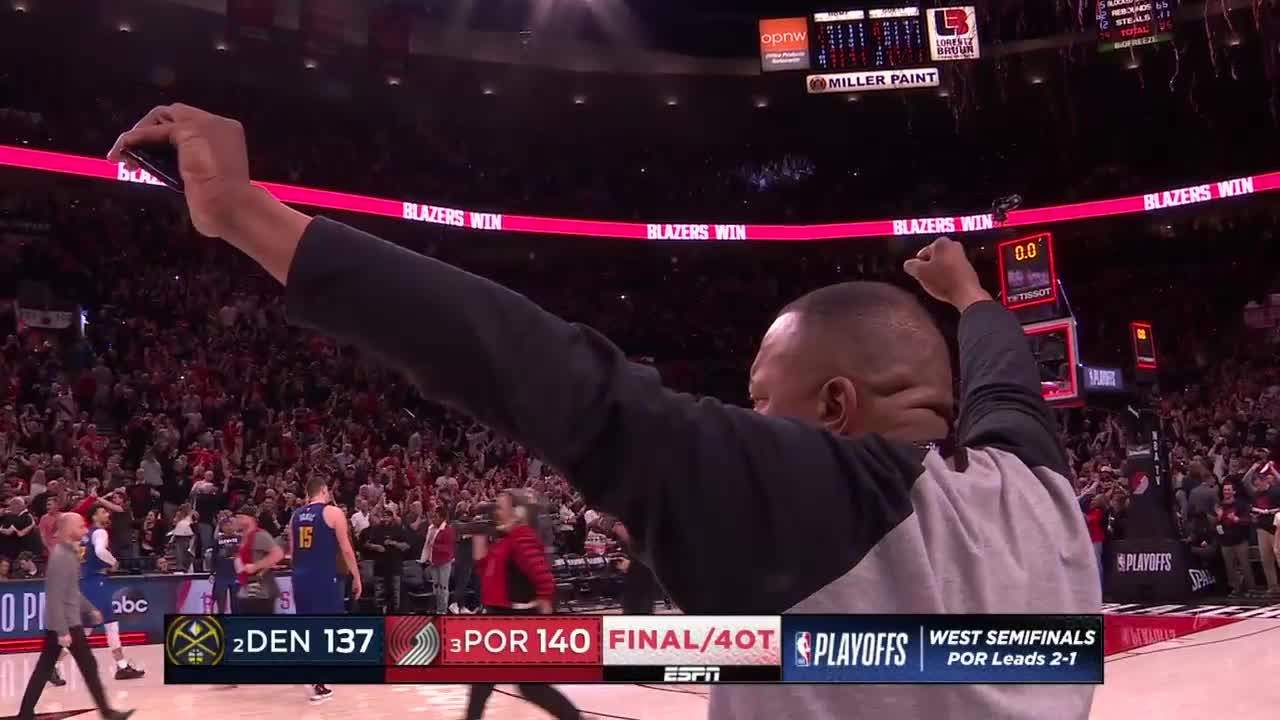 Kanter previously made headlines after Game 2 when he called out the NBA's Turkish Twitter feed for removing his stat line after the Blazers' win:

What a messed up country lead by #TurkishDictator @RTErdogan Only Turkish player out here tonight, and the official @NBA for Turkey @NBAturkiye is censoring me. They dont show blazers games in Turkey. The government controls people,this a problem. How can official NBA allow this https://t.co/Zvny0NwF8C

The 26-year-old was born in Switzerland but represented Turkey at the international level before getting embroiled in a long-running feud with the country's current president, Recep Tayyip Erdogan.

"The NBA Turkey Twitter account was managed by a local vendor, and we are terminating that relationship," NBA deputy commissioner Mark Tatum said in a statement.

Kanter signed with Portland in February after getting waived by the New York Knicks. He was originally slated to serve in a reserve role behind starter Jusuf Nurkic, but he's become a key piece for the Blazers since Nurkic suffered a season-ending leg injury in March.

He's averaged 15.6 points and 10.3 rebounds across eight playoff games. Zach Collins would be thrust into a much larger role if the shoulder costs Kanter any playing time.