Manchester City boss Pep Guardiola has called on his side to turn their focus to the Premier League title after their dramatic exit from the UEFA Champions League on Wednesday.

The Sky Blues beat Tottenham Hotspur 4-3 at the Etihad Stadium, but having lost the first leg 1-0, they went out of the quarter-finals on away goals.

"We have to stand up and react. It is a close time and the same team. Now it's time to think not too much now. We have to try to sleep as much as possible and the day before the game we are going to prepare the game.

"We fought for nine or 10 months in the Premier League and still we are there. It is in our hands. Of course it is tough, and we have to do it until the end."

A flurry of early goals gave City a 3-2 lead on the night after just 21 minutes (U.S. and UK only, respectively).

Last night we witnessed a true Champions League epic 🤩 We tried to get all seven goals into 60 seconds for you... Unfortunately, 73 seconds will have to do 😉 https://t.co/R1vKrFJQMP

Raheem Sterling opened the scoring in the fourth minute before Heung-Min Son replied with two goals of his own in the seventh and 10th. A minute later, Bernardo Silva's effort deflected in off Danny Rose, and Sterling restored the lead on the night with a close-range finish at the back post in the 21st.

Sergio Aguero gave City the lead in the tie with a venomous effort just shy of the hour mark, but Fernando Llorente turned home a corner to swing it back in Spurs' favour with a little more than 15 minutes remaining.

The ball hit the Spaniard's arm and then thigh on its way in, and the goal was allowed after a VAR review. Sterling thought he had won the tie in injury time, but it was ruled out for an offside in the lead-up upon review.

Per Goal's Sam Lee, Guardiola felt the manner of the defeat was "cruel" for his team:

Guardiola: “It’s cruel but it is what it is, we have to accept it. If you make mistakes in this competition you are punished, we knew that, but we scored when we needed. Congratulations to Spurs and good luck in the semi-finals.”

He felt Llorente's goal should not have stood but remains in favour of VAR:

"I support VAR. But maybe from one angle the goal from Llorente is handball, maybe from the referee it is not. I am fine for fair football and fair decisions. The referee must be helped. In the future and the present, it will be fair and that's all.

"The referees must be helped sometimes. When it is offside, it is offside. What can I say? I think in the future, and even in the present it will be fair and that is all."

City will take on Tottenham at the Etihad Stadium again on Saturday in the Premier League, where they will now concentrate their efforts until the FA Cup final against Watford on May 18.

The Sky Blues are two points behind Liverpool but have an extra game to play, so they are guaranteed the title if they can win all five of their remaining league matches.

You wouldn’t bet against a #lfc PL/CL double now. Going to be huge test of City’s resolve to bounce back from that 2nite. Will speak volumes if they can see out those final five PL games &amp; retain title against what’s proving a formidable Klopp side. Amazing end to season in store

In Premier League terms, Manchester City exiting the CL (and in this manner) feels like bad, bad news for Liverpool in the title race. City’s schedule just cleared up considerably and are probably now hell-belt on a treble to soothe this pain.

Liverpool have an easier run-in, with three sides in the bottom six—Cardiff City, Huddersfield Town and Newcastle United—awaiting before Wolverhampton Wanderers on the final day, while City's next two matches are against Spurs and Manchester United.

However, the Reds now have a two-legged semi-final with Barcelona to contend with, while City only have the Premier League to focus on until the cup final.

If City are to cede ground in the title race, it's more likely to happen in their next two games rather than the final three fixtures—against Burnley, Leicester City and Brighton & Hove Albion. Beat Spurs and United, and they will be ahead of Liverpool with the game in hand played.

Guardiola: It's unfair to compare Jesus to Aguero 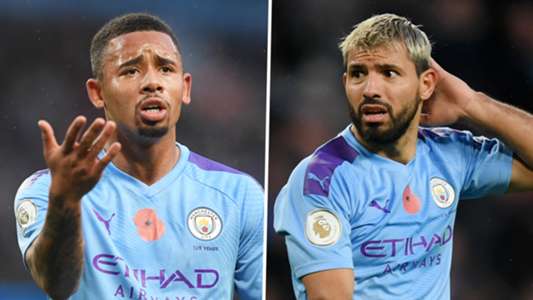 Guardiola: It's unfair to compare Jesus to Aguero