"This is a great story."

You can say that again, Tony Bennett.

The Virginia Cavaliers men's basketball coach referenced Rocky, discussed the ups and downs his team experienced going from the first No. 1 seed to lose to a No. 16 in the Big Dance to national champions and gave credit to his players when discussing Monday's 85-77 overtime victory over the Texas Tech Red Raiders in the national title game:

"I got a poster of Rocky on the steps and I told them: I just want a chance at the title fight one day." Coach Bennett reflects on UVA's 1st title #MarchMadness https://t.co/SVCXfe2RPE

Hunter saved the season with a game-tying three-pointer with 12 seconds remaining in regulation to force overtime and then hit the three that put the Cavaliers ahead for good in the extra period.

As if that wasn't enough, Hunter provided head-turning defense on Texas Tech star and potential top-five draft pick Jarrett Culver. He helped hold Culver to 5-of-22 shooting from the field, ensuring the playmaker didn't go into takeover mode with the game hanging in the balance.

Thanks to that effort, Virginia's "great story" ended with the ACC school cutting down the nets. 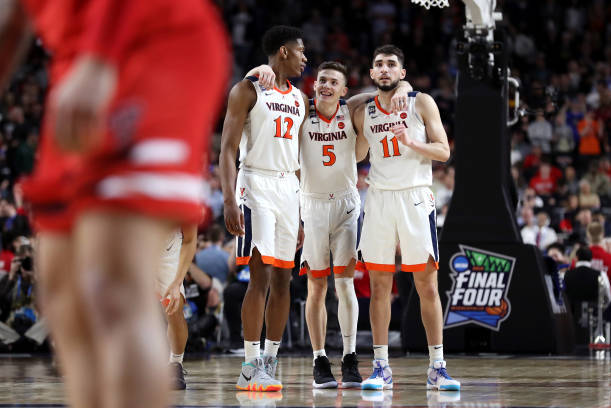