Atletico Madrid's season started with a bang. Diego Simeone's side turned over ancient rivals Real Madrid in August's UEFA Super Cup final 4-2 in Tallinn, Estonia. It was vintage Atletico. The game was an arm wrestle. Diego Costa barrelled his way to two goals in normal time before Saul and Koke chipped in with two more to seal the victory in extra time.

Hopes of an epic season that held out the promise of a place in the UEFA Champions League final in Atletico's new stadium, the Wanda Metropolitano, foundered, however, on a bleak March night in Turin when their old nemesis Cristiano Ronaldo broke them once again. A hat-trick from the five-time Ballon d'Or winner helped Juventus overturn a two-goal lead from the round-of-16 first leg and progress 3-2 on aggregate. What mystified was the manner of the second-leg defeat—Atletico were lifeless.

"Atletico was scared in Turin," says Fran Guillen, a Madrid-based journalist and author of Diego Costa: The Art of War. "The team found itself in a scrap. They needed to fight like tigers, but several players were mentally very far from being at that level. For me it was a shock very similar to that match Atletico played in Munich against Bayern in the 2016 Champions League semi-final, but with a big difference: In Germany the team had conviction in battle (in that game Atletico lost 2-1 on the night but went through on away goals).

"In Turin, they lacked that hunger. This, in part, was because there are players on that team who are out of sync with Simeone's style of play. Thomas Lemar is the clearest example; others are showing the passage of time like Diego Godin and Juanfran. Together with the lack of leaders in the dressing room like former players Gabi, Fernando Torres or Raul Garcia has made the team lose something of its essence. A renewal of the squad is necessary."

The overhaul of the squad has already started. Bayern Munich have agreed to pay a massive €80 million fee for Lucas Hernandez. Guillen believes selling the versatile FIFA World Cup-winning defender was a good piece of business by Atletico. 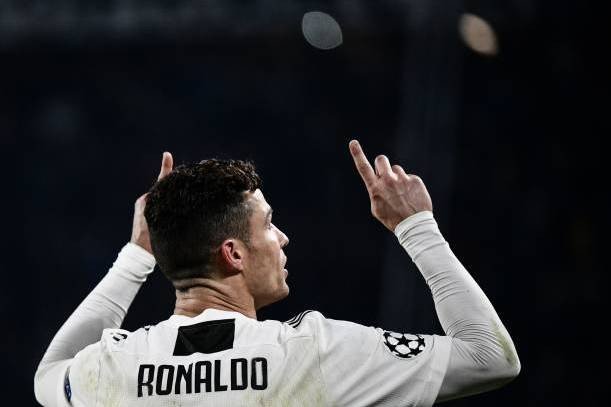 Lucas Hernandez will move to Bayern Munich in the summer.Soccrates Images/Getty Images

"He's a phenomenal defender, but he's got two clear weak points: as a full-back, offensively, he is far from the level of the best Filipe Luis and, as a central defender, his aerial game has room for improvement. The club would have been happy to retain him, but for the amount of money that Bayern is paying, Atletico can buy a couple of very reliable defenders. It's worth pointing out, too: defenders, under Simeone's system, always appear better players than they really are."

Lucas is one of more than half the starting XI in Tallinn who might have left the club by the start of next season. In the defence alone, there are question marks over the futures of Godin, Juanfran and Stefan Savic, while Filipe Luis, who was on the bench that night, may also leave.

The departure of 33-year-old captain Godin, who has been linked with a move to Inter Milan, would be the end of an era. Godin scored the goal that clinched Atletico's league title win against Barcelona at the Camp Nou in May 2014 and has been the epitome of Simeone's snarling, competitive Atletico side during their glory years. The defender is baulking at the club's policy of only offering players over 30 years of age one-year contracts.

"Godin is not at the level he used to be anymore," says Inako Diaz-Guerra, a journalist with El Mundo. "In normal conditions, Godin would become the club's third central defender behind Jose Maria Gimenez and—if he wasn't sold to Bayern Munich—Lucas. Godin would be around the dressing room. He would play the big matches.

"But Atleti doesn't want to keep a player on the books for two or three years that is already experiencing decline. I don't like the idea. A squad of more than 20 players needs its veterans, its captains and the players that give character to a team. It's worth keeping them even if they are not at the top of their game anymore because they give you other things, maybe not on the pitch but in leadership.

"But Atleti are very clear with their policy: They don't want the commitment of having to pay high salaries to players who don't deserve it anymore—not now maybe but in two years' time, so if Godin doesn't want to re-sign every year, it is a hard situation for everybody, and I understand he has to leave. Atleti want him to continue, but they want him to sign year by year, to see how it goes. This is what happened with Torres and Gabi in their final seasons at the club. It's the same reality for Juanfran and Filipe Luis."

One player who is far from the autumn of his career is Saul Niguez. The 24-year-old midfielder signed a nine-year contract renewal in 2017, but his future at the club is also up in the air.

"Saul's agent is making moves in the English market," says Ladislao J. Monino, a journalist with El Pais. "The club doesn't want him to go, and they repeat his buyout clause is €150 million, but it's possible he will leave. We have to see how it plays out, but they don't discard that it could happen."

Because of the need to balance the books, it's likely that only two of Atletico's three strikers—Costa, Alvaro Morata, who is on loan from Chelsea (with an option to purchase) and Antoine Griezmann—will be around next season. Rumours have been rife, including from AS, that Barcelona's interest in Griezmann has been re-awakened, following their failed pursuit of him last year. According to Marca, his buyout clause is an affordable €120 million. Earlier this week, Atletico president Enrique Cerezo told TVE that Griezmann was "1,000 per cent" staying.

"Up to this point, I have no news that he will go," says Diaz-Guerra. "Barcelona is very obstinate. At this point last year, Atleti thought he was leaving. At this point this year, Atleti thinks he will stay. It will be a long saga. Real Madrid are out of the Champions League, Atletico as well. The media has a lot of space to fill. All of it is speculation. If there is something happening, they are keeping it a secret because nobody in Atleti thinks it could happen. Could he go? We don't know. We're only in April. We'll have to see."

It's a notable juncture for Simeone, who earns €41 million a year as the best-paid football coach in the world, according to France Football (h/t Marca). He has overseen a remarkable change in Atletico's fortunes. When he took over the team in December 2011, the club was four points from the relegation zone, hadn't beaten Real Madrid since 1999 and owed €120 million to the Spanish treasury.

Each season, Atletico had to sell star players—like Sergio Aguero and David De Gea the summer before Simeone arrived—to service its debt. Now, Atletico are a buying club. According to Diario AS, they have spent a net figure of €131.4 million on transfers over the last five seasons, more than twice the outlay of Real Madrid during that period.

It will be interesting to see who Simeone brings in to re-arm for next season. There are several players who are being linked to the club. Manu Sainz of AS has reported Hector Herrera, a Mexican midfielder with Porto, is close to agreeing a free transfer; Porto wing-back Alex Telles is also of interest.

Ruben Dias, a central defender with Benfica, has been linked with a move to Madrid, while Bayer Leverkusen's left-back, Wendell, could be chased, per Mundo Deportivo.

Can Simeone—with his trademark aggressive, defensive style of football and inspiring leadership, known by the faithful as "Cholismo"—take the club to another level, or is it plateauing as Spain's third-biggest club?

"It's part of human nature to believe you can always go further, but that's a little bit foolish," says Diaz-Guerra. "In this case, you have to analyse if Atletico can go further. Atleti with Simeone has demonstrated it was able to win a league title. It has regularly finished second in the league, as it did last season and probably will do so again this season. It competes every season in the Champions League, getting to finals in 2014 and 2016, and other years to the semi-final.

"Before Simeone took over, Atleti was a million miles from winning the Champions League. It hadn't won a league title in years. You have to be realistic. This season, Atletico's budget was about 14th of those teams competing in the Champions League. It wasn't a big drama to be eliminated by Juventus—who had one of the highest budgets and which had just bought Cristiano Ronaldo—with a goal in the 86th minute. In the hundred or more years of the club, Atletico has never been as high as it is now."

Barcelona have ceded a chink of light in the title race by dropping points to Villarreal midweek following an engrossing 4-4 draw. Atletico travel to the Camp Nou at the weekend. A win by Simeone's men would cut the deficit to five points with seven games to play amid a crowded fixture list for Barcelona, who still have designs on a treble. It will be fascinating to see if Godin and Co.—even if some of them have one foot out the door—can lift it for one last hurrah.