Kevarrius Hayes scored 16 points and Jalen Hudson added 15 more as No. 10 Florida hung on to beat No. 7 Nevada 70-61 in the first round of the NCAA Division I men's basketball tournament on Thursday at Wells Fargo Arena in Des Moines, Iowa.

An Andrew Nembhard layup and Dontay Bassett dunk increased the Gators advantage to six, however, and Florida held on for the win.

KeVaughn Allen Must Assert Himself for Gators to Beat Michigan

First, they were able to control the tempo, a point head coach Mike White mentioned during his halftime interview.

The Gators entered the game as the ninth-slowest team in the 353-team Division I ranks, per KenPom.com. Nevada entered Thursday ranked No. 88.

Second, they forced Nevada into bad shots and turnovers. The Wolfpack had nine first-half turnovers alone, with an errant cross-court pass leading to this back-breaking Gator dunk to end the frame:

Third, Hudson and Hayes (23 points) nearly outscored Nevada (28) by themselves in the first half. That was an impressive feat considering the Gators' leading scorer, KeVaughn Allen, had zero.

Florida can't get away with Allen having a scoreless first half against Michigan, who hasn't beaten first-round opponent Montana just yet but is the heavy favorite against the Grizzlies.

KenPom.com ranks the Wolverines fifth overall in team efficiency and second in defensive efficiency. Michigan allows the second-fewest points per game in Division I at 58.6 points. The Gators also may need to keep up with an impressive Michigan offense ranked No. 18 in Division I by KenPom.com.

Florida does have a balanced scoring attack, but good things happen when Allen takes over games. He scored 21 points on 6-of-12 shooting in a road win versus LSU and dropped 21 more in an overtime victory over Ole Miss.

Allen also came to life early in the second half on Thursday, scoring seven of his 10 points within the first three minutes. That helped the Gators jump out to an 18-point edge, a cushion that they ended up needing thanks to Nevada's late charge.

However, the Gators likely won't be up by nearly 20 versus the Wolverines. Allen needs to post a big performance to keep Florida's season alive.

Nevada Will Struggle to Return to NCAA Tournament

The Wolfpack's four-year run under head coach Eric Musselman has been impressive. The team compiled an 110-34 record and three NCAA tournament appearances, including a Sweet 16 bid in 2018.

The senior class that led the Wolfpack during that stretch is on its way out, however. All five Wolfpack starters are seniors, led by the Martin twins:

The brothers made a tremendous impact on the program and local community, as John Trent of Nevada Today wrote on Mar. 7. Nevada won't overcome losing that duo in a year, and that's not even counting seniors Jordan Caroline, Tre'Shawn Thurman and Trey Porter leaving.

Those five players were among the team's top six scorers, and they were all their five leading rebounders. Nevada also had a six-man rotation for much of the season, with the non-senior being junior guard Jazz Johnson.

Not only do the Wolfpack have a tremendous amount of production and playing time to replace, but they will also attempt to do so with more inexperienced players.

The good news is that Musselman has proved to be an excellent leader for Nevada, who went 9-22 during the 2014-15 season before going 24-14 in his first year running the show. If he rebuilt the program once, he could surely do so again after this influx of talent leaves.

However, that will likely take some time.

The 20-15 Gators will play in Des Moines on Saturday against the winner of No. 2 Michigan and No. 15 Montana. The Wolverines and Grizzlies face off on Thursday evening.

The Wolfpack end their season with a 29-5 mark.

Florida looks to get back in win column against Mississippi State 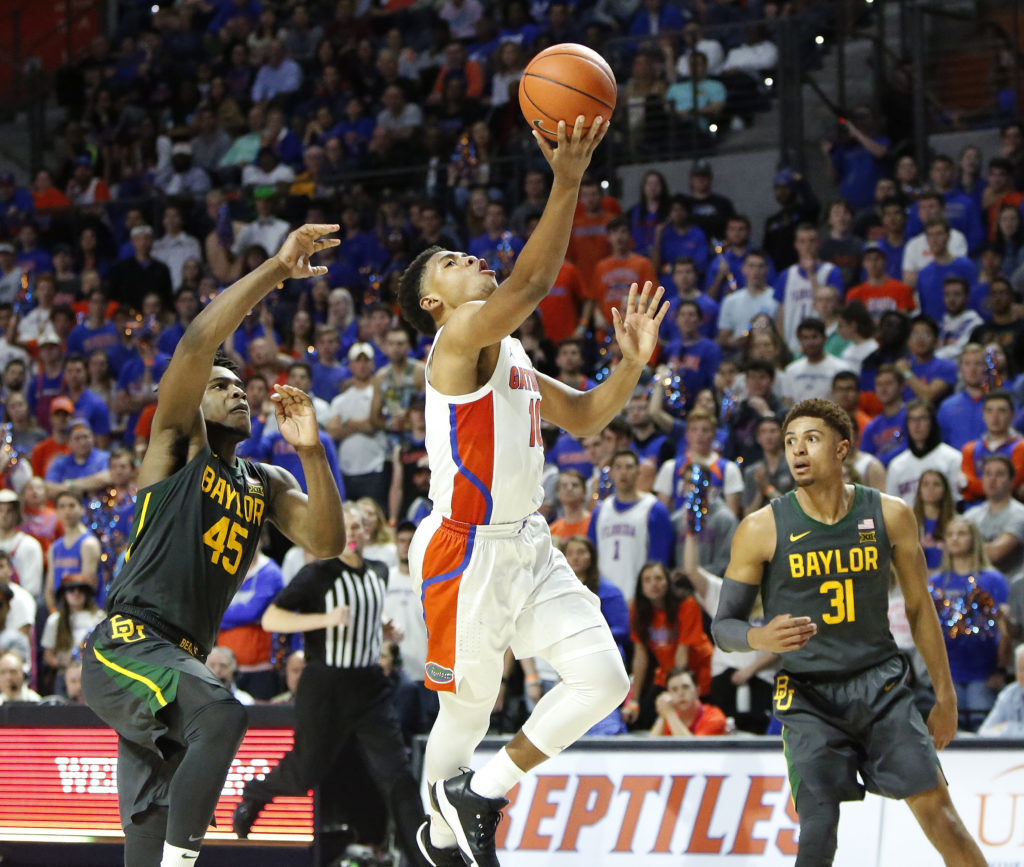 Florida looks to get back in win column against Mississippi State

How to watch Florida vs. Mississippi State men's basketball

How to watch Florida vs. Mississippi State men's basketball