Rooney made the move to Washington last year, and he feels others could follow in his footsteps.

"There are lots of players who could come over and could be very successful here.

"Obviously players I have played with—Paul Pogba, Marcus Rashford—players like that are great players.

"I know Paul Pogba loves coming to the States. His brother is here, so I'm sure he'd be a great signing for anyone."

Rooney moved to DC United from Everton in July last year, and a strong debut campaign saw him contribute 12 goals and six assists in 21 appearances.

His efforts helped DC reach MLS' play-offs, where they were defeated by Columbus Crew on penalties.

On Sunday, he scored his first hat-trick in MLS and grabbed an assist as DC beat Real Salt Lake 5-0:

Football reporter Jonathan Tannenwald relayed his numbers from the game, via WhoScored.com:

Football writer Kristan Heneage was particularly impressed with his play in the buildup to his second goal:

Wayne Rooney did a good job of managing the press for #DCU here (you don’t see all of it in this clip). Instead of just running head on he kept splitting the RSL defenders as D.C. laid a trap. He even had the presence of mind to stay onside when it was sent left. https://t.co/unpDIvcbAh

MLS has given the 33-year-old a career renaissance after he spent several years visibly declining in English football.

Pogba, 26, is in the prime of his career and seems unlikely to leave the confines of the European game in the near future.

He has displayed some of his best form with the Red Devils in recent months since Ole Gunnar Solskjaer took over from Jose Mourinho in December.

In that time, he's scored nine goals to take his tally to 14 for the season, having scored a total of 15 in his first two campaigns back at Old Trafford following his return in 2016.

United are still in the UEFA Champions League this season, and Pogba will hope to help the team challenge for it and other major honours in the coming years.

MLS has become an increasingly viable and attractive destination for players in Europe, though, with the likes of Zlatan Ibrahimovic, Andrea Pirlo, Thierry Henry and Frank Lampard among those to cross the Atlantic.

In the future, Pogba could be another coup for an MLS side. 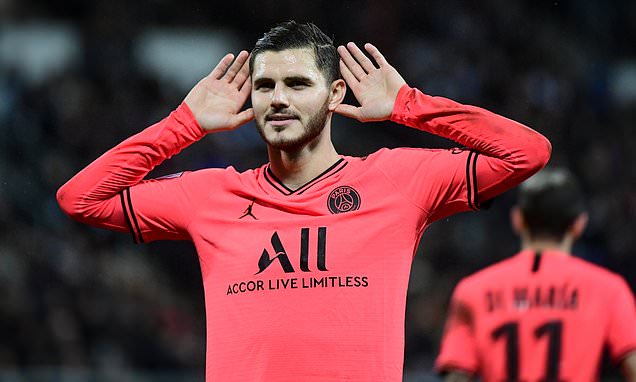