The Buffalo Bills selected Houston Cougars defensive tackle Ed Oliver with the No. 9 overall pick of the 2019 NFL draft Thursday.

Many commented on how the Bills got great value in the first round.

Ed Oliver can be a FORCE. Always jumped off my TV screen when I watched Houston.

Ed Oliver is such a heist at 9 there's going to be a true crime podcast.

Ed Oliver to Buffalo. An absolute steal. Get on the Bills bandwagon right now!

Ed Oliver is a 100% effort guy with exceptional 1st step quickness and burst.. Ignore the 2018 production and look at how he played in 2016/2017.. He’s a shop wrecker at the POA... Undersized as a 3-tech but he could be a Geno Atkins-like playmaker for the @buffalobills

Ed Oliver is a great pick. Should have been off the board.

Buffalo Bills get a very disruptive interior defensive lineman in Ed Oliver. He has drawn some comparisons to Aaron Donald.

Ed Oliver is an extremely rare athlete and you can’t ever get across his face. He’s not a big guy &amp; he lacks length which is why the question is whether or not he can win early in the rep. To that end, his snap explosiveness is unmatched in all my studies https://t.co/8Osk7JeuxK

At this point, Ed Oliver is officially a felony-level steal.

Oliver has had his sights set on the NFL for some time. Houston announced in March 2018 that he planned to make the jump to the next level following the conclusion of his junior season.

Entering the 2018 campaign, Oliver was widely regarded as one of the best players in the 2019 draft class. Bleacher Report's Matt Miller projected him as the second overall pick last August.

Oliver's performances fell somewhat short of expectations throughout the year, though. He suffered a bruised right knee in Houston's 49-36 win over Navy on Oct. 20 and missed four games. He finished with 54 total tackles, 14.5 tackles for loss and three sacks in eight appearances. 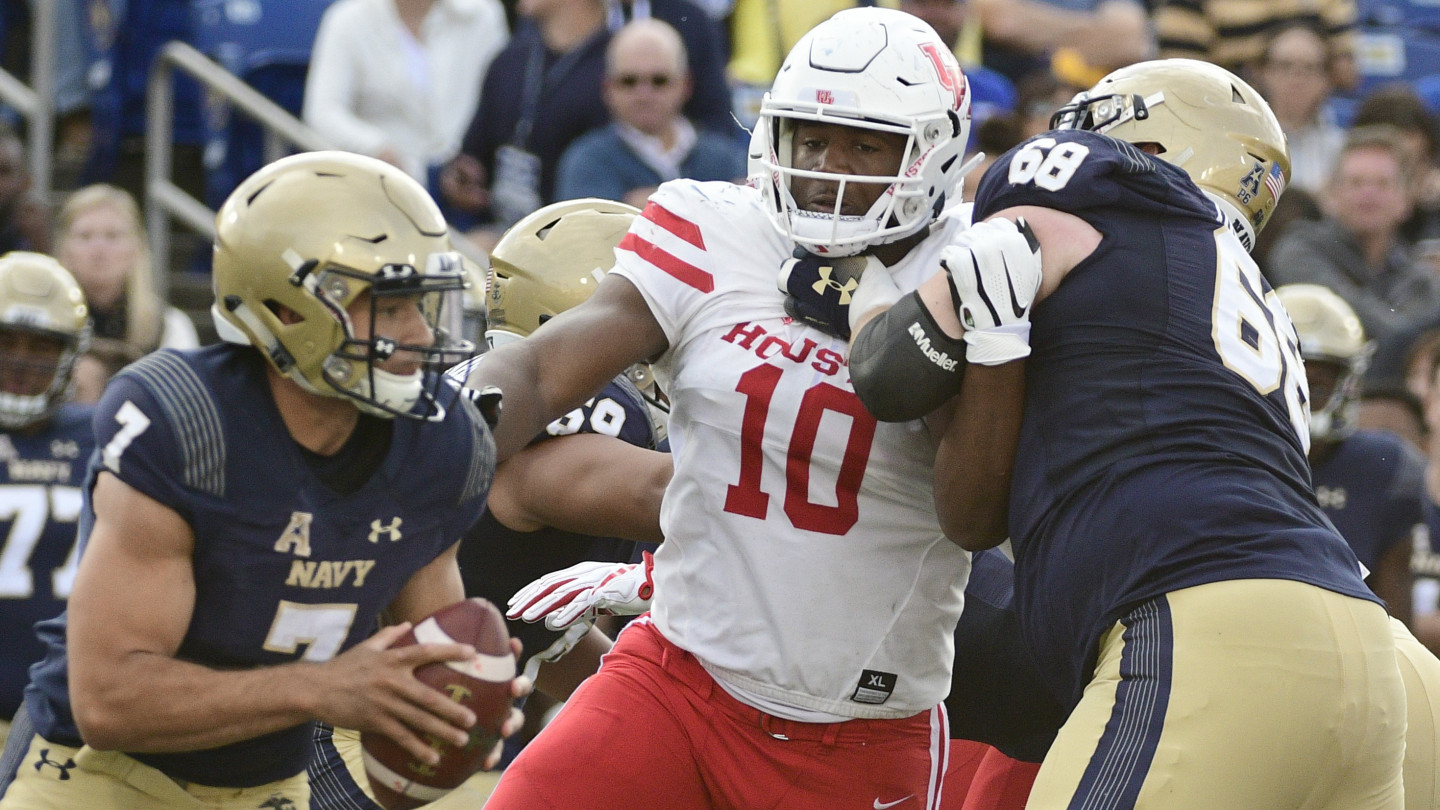 Oliver's most memorable moment from 2018 had nothing to do with his production on the field. During the Cougars' 48-17 victory over Tulane on Nov. 15, he got into an argument with then-head coach Major Applewhite. Oliver was wearing a jacket reserved for active players on the sideline and took exception when Applewhite made him remove it.

Oliver apologized, while Applewhite moved on quickly from the incident. Oliver returned for Houston's regular-season finale, a 52-31 loss to Memphis. He then sat out the Armed Forces Bowl, with Army bludgeoning Houston 70-14.

Of course, Oliver is so talented that his disappointing 2018 didn't significantly hurt his draft stock. In his final big board, Miller listed Oliver as the sixth-best player overall and the second-best defensive lineman.

Houston's official site lists Oliver at 6'3", 292 pounds, which isn't an ideal frame for an interior defender. For some perspective, though, Aaron Donald is the NFL's most dominant defender and stands 6'1" and tips the scales at 280 pounds.

Oliver's size does give him an advantage in the right situation. He's so quick and agile that he can beat his blocker before the lineman has a chance to really get a hold of him.

Rushing the passer from outside of the 0-tech meant good things for Ed Oliver – yet he rushed the passer head up on the center more than any other draft-eligible DI. Did the Houston scheme hold him back? We explore ⬇️ https://t.co/2lH8ewYqvI https://t.co/MsGVvdPuq0

Some critics will question whether Oliver will be his own worst enemy in the NFL. After the argument with Applewhite, The MMQB's Albert Breer wrote the Cougars star was "widely seen as high-maintenance, and as a guy who's gotten things his way a lot (his high school defensive coordinator, A.J. Blum, was hired as his position coach two years ago) since arriving on campus as the first 5-star recruit in program history."

Even taking that critique into consideration, Oliver was a great addition for the Bills in the first round.

Kyle Williams left big shoes to fill when he retired in December. Fans in Buffalo shouldn't expect Oliver to immediately replicate Williams' production, but he has the potential to make a similar impact for the Bills defense. 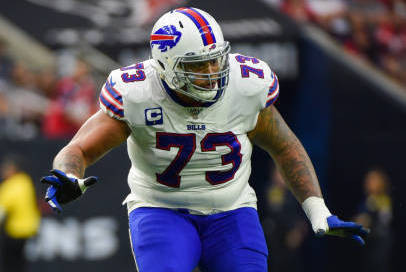