Houston Astros shortstop Carlos Correa was placed on the 10-day injured list Wednesday with a fractured rib and is expected to miss approximately four to six weeks of action.

In a statement, Correa confirmed he suffered the injury during a massage at his home, according to the Houston Chronicle's Chandler Rome:

"I'm extremely disappointed about not being on the field with my teammates. I sustained the rib fracture during a massage at my home on Tuesday. To sustain an injury in such an unusual way makes it even more frustrating. However, I will work hard to get back on the field as quickly as possible to help our team achieve our goal of winning another championship."

According to MLB.com's Brian McTaggart, the Astros called up utilityman Myles Straw to take Correa's spot on the roster.

This is just the latest injury for Correa, as the 2015 American League Rookie of the Year has already been sidelined on a couple of occasions early in his career. A torn ligament in his left thumb limited him to 109 games in 2017, and he made only 110 appearances a season ago after missing more than a month due to a back ailment.

He was held out of the first three games of the season this year due to a neck injury that popped up during spring training.

Now, he is shelved again.

Correa had his roughest season to date in 2018, hitting just .239 with 15 home runs, 20 doubles and 65 RBI, all of which are the lowest totals of his four-year career. Meanwhile, he hit just .241 with two extra-base hits in eight postseason contests. That injury-plagued performance came just one year after his first All-Star selection in 2017.

Aside from his current injury, however, Correa has bounced back in a big way this season with a .295 average, 11 homers and 35 RBI through 50 games.

Houston has no shortage of talent throughout its roster when healthy, but its lineup has been plagued by injuries as of late. Correa is set to join second baseman Jose Altuve, outfielder George Springer and infielder Aledmys Diaz on the IL.

Jack Mayfield, who has just two games of MLB experience, started for Correa on Tuesday. He will likely continue to see action at short, but the Astros could also shift Alex Bregman from third to shortstop, Yuli Gurriel from third to first and Tyler White from designated hitter to first in order to create more flexibility.

The Astros have been able to overcome injuries to Correa while winning back-to-back AL West titles the past two seasons. They will once again have to overcome adversity as they look for their third consecutive playoff berth.

Why Astros' Penalties Are Harsh Enough 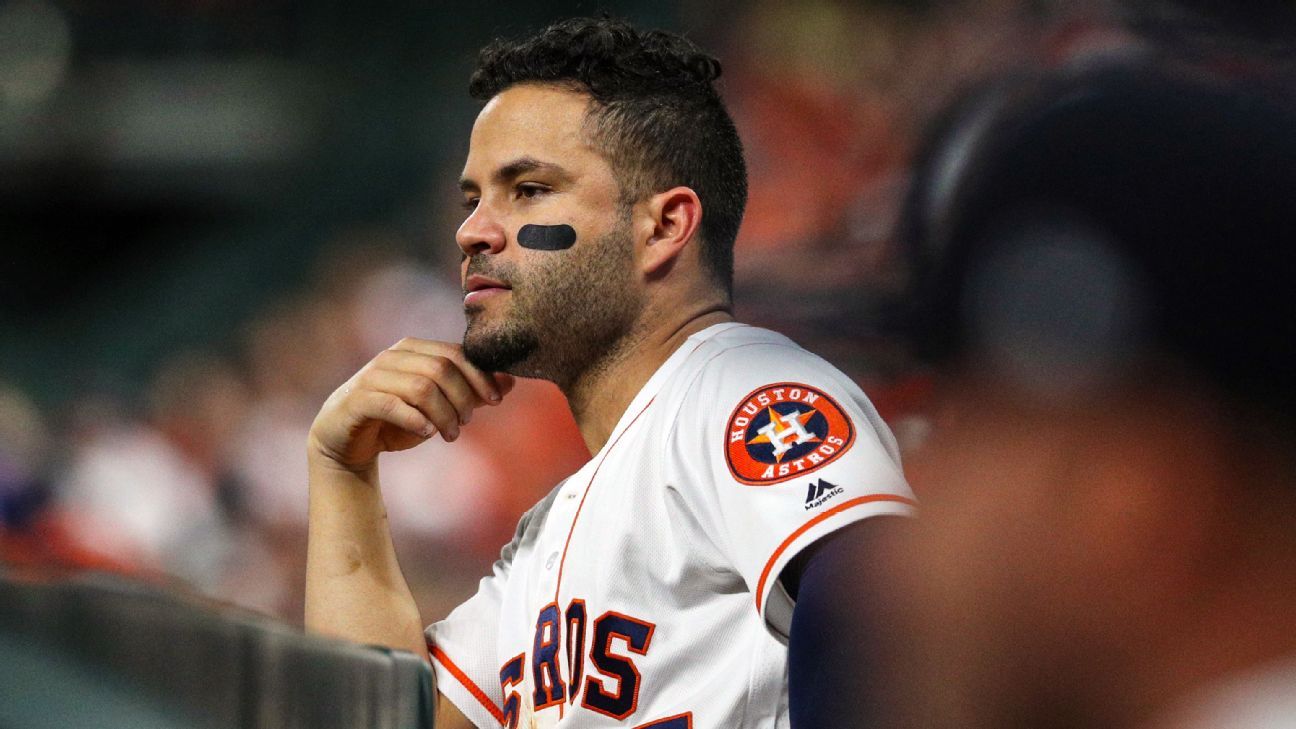 Why Astros' Penalties Are Harsh Enough

Buy or Sell: Brad Ausmus Is the Favorite for Astros Skipper? 🧐

Buy or Sell: Brad Ausmus Is the Favorite for Astros Skipper? 🧐