It's deja vu all over again for the Washington Redskins—in the worst way imaginable.

For what seems like the umpteenth year in a row, the Redskins enter the offseason awash with questions at football's most important position. But whereas in recent years those questions centered on the contract status of quarterback Kirk Cousins, this year it's much, much worse.

Now the Redskins have a high-priced quarterback under contract who probably won't be of any use to them in 2019—and no easy path toward finding an alternative.

NFL Network's Ian Rapoport reported over the weekend that the Redskins are operating under the assumption that quarterback Alex Smith, who suffered a horrific leg injury in November against the Houston Texans, will miss the entire 2019 campaign.

This isn't exactly breaking news. In December, Rapoport reported that there was no guarantee Smith would ever play again. The 34-year-old remained hospitalized at the time because of infections in the leg. While Smith has since been spotted at a Washington Wizards game wearing an elaborate brace, it reinforced just how bad the injury is.

"He's moving around and well on his way to a recovery," Allen said. "It's a tough thing for him and his family. All the love and care has helped him quite a bit. We'll see how it goes. We're optimistic. If anyone can come back, it's Alex. I'm sure he wanted to shoot hoops at the game yesterday, but we'll see."

Allen can try to spin things any way he'd like, to put the best possible face on a bad situation. But there's no way to look at Smith's injury as anything but a catastrophe for both player and team.

Smith didn't light up the stat sheet in his first year in D.C. (2,180 passing yards, 10 touchdowns, five interceptions), but in the only category that mattered, he and the Redskins were having a good year. Heading into that fateful game against the Texans, Washington was 6-3 and in first place in the NFC East. The team's decision to let Cousins walk and trade for Smith looked to be paying off.

After the injury, with a revolving door of scrubs at quarterback, the Redskins managed just one more win the rest of the way.

Now the four-year, $94 million extension the Redskins signed Smith to hangs like a massive anchor on the franchise's neck.

According to Spotrac, Smith's deal counts $20.4 million against the salary cap in 2019 and $21.4 million against the cap in 2020. If the Redskins were to cut bait on Smith prior to the 2021 season, the cap hit would be so staggering that it's simply not an option. Per Jason Fitzgerald of Over the Cap, the $12 million insurance policy the team took out on Smith could offer some relief down the road, but that relief probably wouldn't come in 2019.

That puts the Redskins between a rock and a hard place.

As things stand today, the only other quarterback under contract for the Redskins is Colt McCoy, a 32-year-old career backup with a 7-20 record as a starter who is himself coming off a season-ending leg injury. Mark Sanchez and Josh Johnson are set to hit free agency, and given how the pair played in 2018, there isn't going to be a stampede to procure their services—by Washington or anyone else.

Per Over the Cap, the Redskins are sitting on about $21.4 million in cap space for the upcoming season. The team will no doubt wrangle some more with a restructure or three and a veteran cut or two, but Washington is outside the top 20 in cap space.

In other words, the higher-echelon free agents are out. Even if the Redskins were willing to concede that Smith is done (which is what another big financial commitment to a quarterback would say), they don't have room to add a Nick Foles, Joe Flacco or Ryan Tannehill. It would mean having upward of $40 million (or more) committed to the position.

Never mind trying to sell one of those passers on joining a team with a reputation as one of the league's more dysfunctional franchises with Smith looming over his shoulder.

Even a second-tier free agent would be a tough get, a risky proposition or both. Teddy Bridgewater is only 26 and led the Minnesota Vikings to the playoffs in 2015, but in the three seasons since his own gruesome injury, Bridgewater has started all of one game. Even if Washington believes he can recapture past form, it may not be alone in that regard.

Washington isn't in a position to win a bidding war.

Cleveland's Tyrod Taylor took the Bills to the playoffs two years ago, but he looked absolutely awful in his one season in Cleveland and could join his third team in as many years. If Jacksonville releases Blake Bortles, he might welcome a chance to resurrect his career with a short-term deal that would give him a chance to play. However, even Bortles won't come cheaply, and he was benched last year in favor of Cody Kessler.

Washington's best bet at procuring a stopgap might well be Ryan Fitzpatrick. The 36-year-old told Greg Auman of The Athletic that he's leaning toward playing a 15th season. While Fitzpatrick's roller-coaster 2018 season had as many lows as highs, he offers a modicum of upside and the experience of 126 career starts.

Both might be available for a reasonable cost on a short-term deal if the trade-off is that Fitzpatrick gets to finish out his career playing instead of watching.

That Ryan Fitzpatrick might well be the best of an unappealing group of realistic free-agent options underscores how screwed the Redskins are at quarterback right now. It also hammers home why so many mock drafts (including the most recent one from Bleacher Report's Matt Miller) predict Washington will take a signal-caller with its first pick in April.

Given its present financial situation and Smith's uncertain future, the team may not have a choice.

Even if you weren't a fan of Smith's extension, there's no way to look at this mess as anything besides the worst of bad beats. There was no way to foresee that Smith (who played in at least 15 games in five straight seasons from 2013 to 2017) would suffer such a devastating injury.

But here the Redskins sit—with a high-priced quarterback who can't play (and may never again), too much money locked up in said quarterback to spend big on another one…

And no easy solution to this dilemma in sight.

Rivera Says Working with McLaurin Has Been a 'Treat' Thus Far 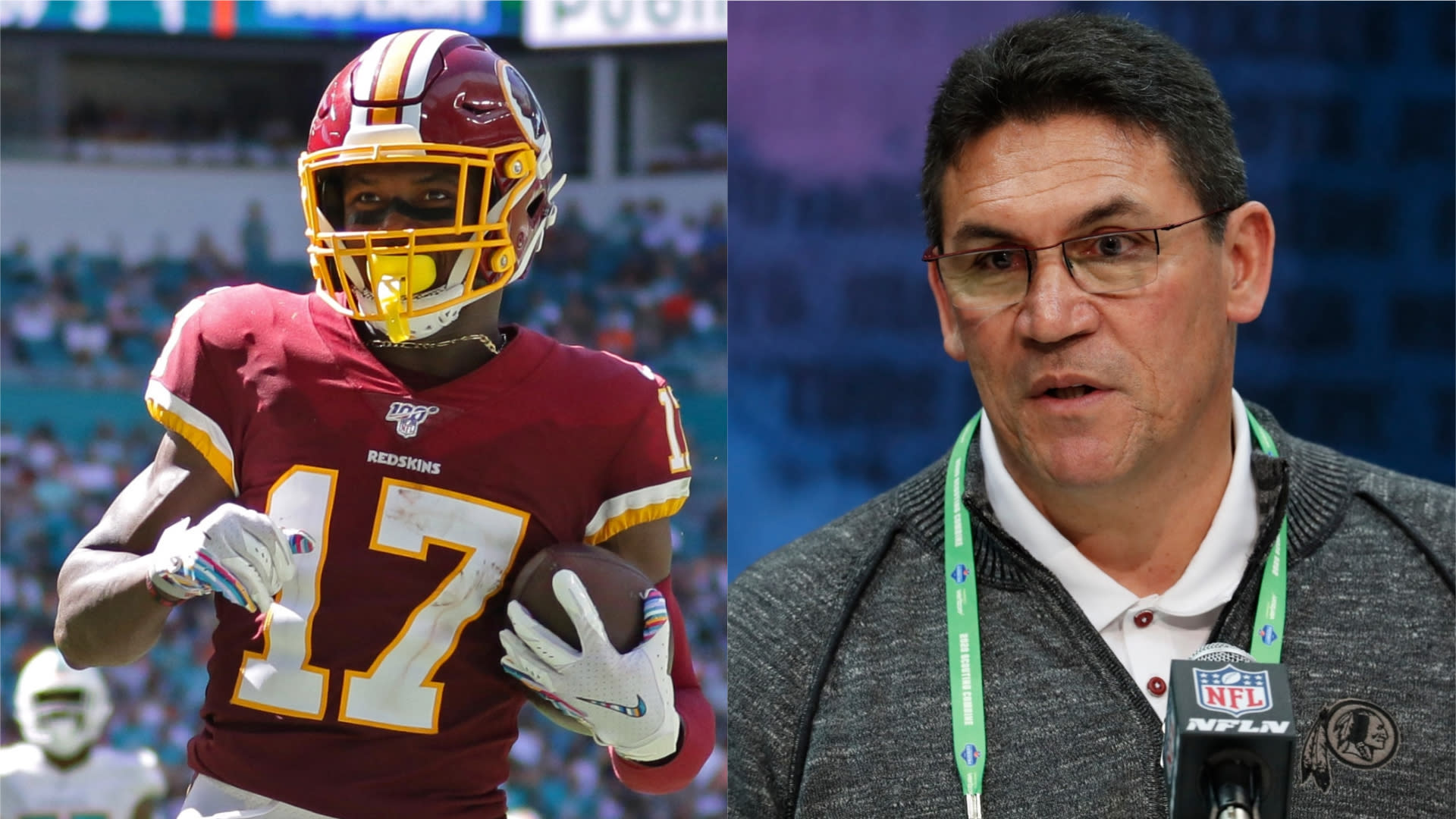 Rivera Says Working with McLaurin Has Been a 'Treat' Thus Far