The Kansas City Chiefs and safety Tyrann Mathieu agreed to terms on a three-year, $42 million deal on Monday, according to ESPN's Adam Schefter.

Mathieu, 26, spent the 2018 season with the Houston Texans on a one-year deal. He recorded 89 tackles and two interceptions, quickly emerging as a vocal leader in the Texans locker room.

"He's got a powerful voice, and he's got a great life story that's still continuing," Texans head coach Bill O'Brien said, per Mike Jones of USA Today. "I think there's a lot of respect for him in that locker room—I know there is. I mean, the guy was voted a captain and he hadn't even been here for a full football season. I think that says it all about him. He's just a good guy."

The Texans' decision to move on from Mathieu was likely more financial than anything. They paid him $7 million on the one-year deal, during which the Honey Badger proved himself every bit worth a long-term contract.

He played within himself in coordinator Romeo Crennel's defensive system, shying away from the buzzing-everywhere tactics that earned him the name in the first place.

"I think, ultimately, I've really prided myself by really coming in and kind of embracing the safety role, accepting the safety role," Mathieu said, per Aaron Wilson of the Houston Chronicle. "A lot of different times, it's been very challenging for me, but I've been buying in to it. My teammates, my coaches, have really been helping me out a lot with that transition. So, it's been fun for me."

Mathieu doesn't turn 27 until May, meaning the Chiefs still should get prime-level years of production. He's played in all 16 games in each of the last two seasons, a sign that injury issues from his past could be behind him.

Mathieu missed at least two games in each of his first four NFL seasons. He spent his first five years with the Arizona Cardinals, making a Pro Bowl in 2015.

His arrival should have a big boost for the Chiefs, who finished 26th in defensive efficiency in 2018, per Football Outsiders. The Chiefs also allowed the second-most passing yards per game (273.4).

The team clearly has the offensive firepower to be a title contender. Improvements to the defense were necessary for Kansas City to make the next jump forward, and signing Mathieu will help achieve that goal. 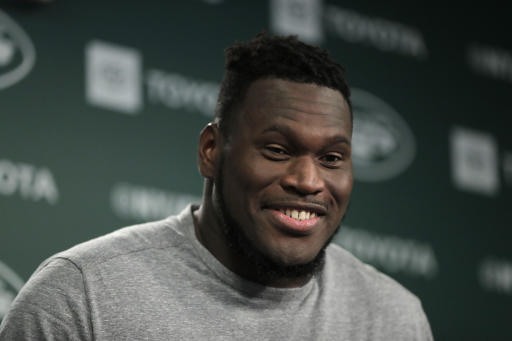