New York Knicks center Enes Kanter is not backing down from his comments on Turkey President Recep Tayyip Erdogan.

Kanter, who is Turkish, recently made headlines by announcing he would not travel with the Knicks to London for an international game because "there's a chance I could get killed out there," via the Associated Press:

"Sadly, I'm not going because of that freaking lunatic, the Turkish president. It's pretty sad that all the stuff affects my career and basketball, because I want to be out there and help my team win. But just because of the one lunatic guy, one maniac, one dictator, I can’t even go out there and do my job. It’s pretty sad."

This is my travel document: It’s NOT a visa issue!!! I CAN go to London. Either you are delusional, or still Erdogan’s lap dog.. Keep wagging your tail @hidoturkoglu15 @RT_Erdogan #DictatorErdogan 🇹🇷 https://t.co/UpvEG24ayu

Back in May 2017, Kanter was held at a Romanian airport, at which point he called Erdogan the "Hitler of our century": 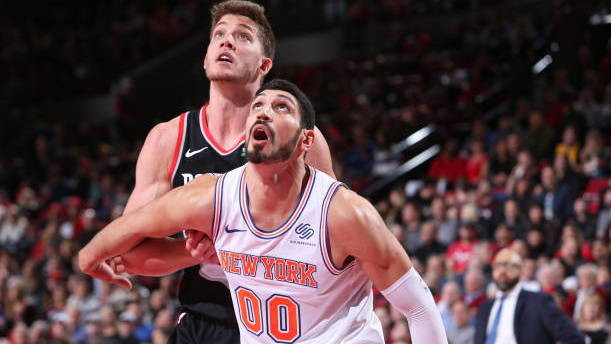 I'm being held at Romanian airport by Police!! https://t.co/uYZMBqKx54

Vorkunov, then with the New York Times, reported in December 2017 that the Turkish government sought to jail Kanter for at least four years for insulting Erdogan.

The Turkish government later sentenced Kanter's father, Mehmet, to 15 years in prison last June. Even through that, Kanter told Bleacher Report's Yaron Weitzman he will continue "fighting for human rights and freedom of speech."

Kanter believes this is a matter worth fighting for.

"It's bigger than the NBA. It's bigger than basketball," Kanter said, per Vorkunov. "It's people's lives over there so it doesn't matter if it's going to affect my career or not. It's way more important than my career."