PORTLAND, Oregon — The final three of Klay Thompson's 32 points Saturday night came on a three-pointer from the top of the key with about five minutes left in the fourth quarter of the Golden State Warriors' 115-105 win over the Portland Trail Blazers.

The shot put Golden State up by 16, effectively sealing the win, and the Blazers took a timeout to regroup. As Thompson walked back to the bench, he glanced at his right hand—his shooting hand, which has drained 1,650 three-pointers in his NBA career but which has recently failed him—and said, "I missed you."

In the previous six games, Thompson had shot just 6-of-31 (19.4 percent) from beyond the arc as the Warriors went 3-3, including a 2-of-9 showing in Thursday's home loss to Portland. So this 32-point explosion, in which Thompson hit four threes and shot 12-of-21 from the field, was much-needed, for him and for the two-time defending champions.

By their own admission, the 2018-19 Warriors haven't been themselves. Their Dec. 27 loss to Portland was their 12th of the season, and in the previous four years under Steve Kerr, the earliest they had hit 12 losses was Jan. 20 last season. They haven't yet separated themselves in the Western Conference standings, trailing the Denver Nuggets by half a game and leading the third-place Oklahoma City Thunder by just one game.

No wonder Thompson was so eager to welcome that right hand back into action. 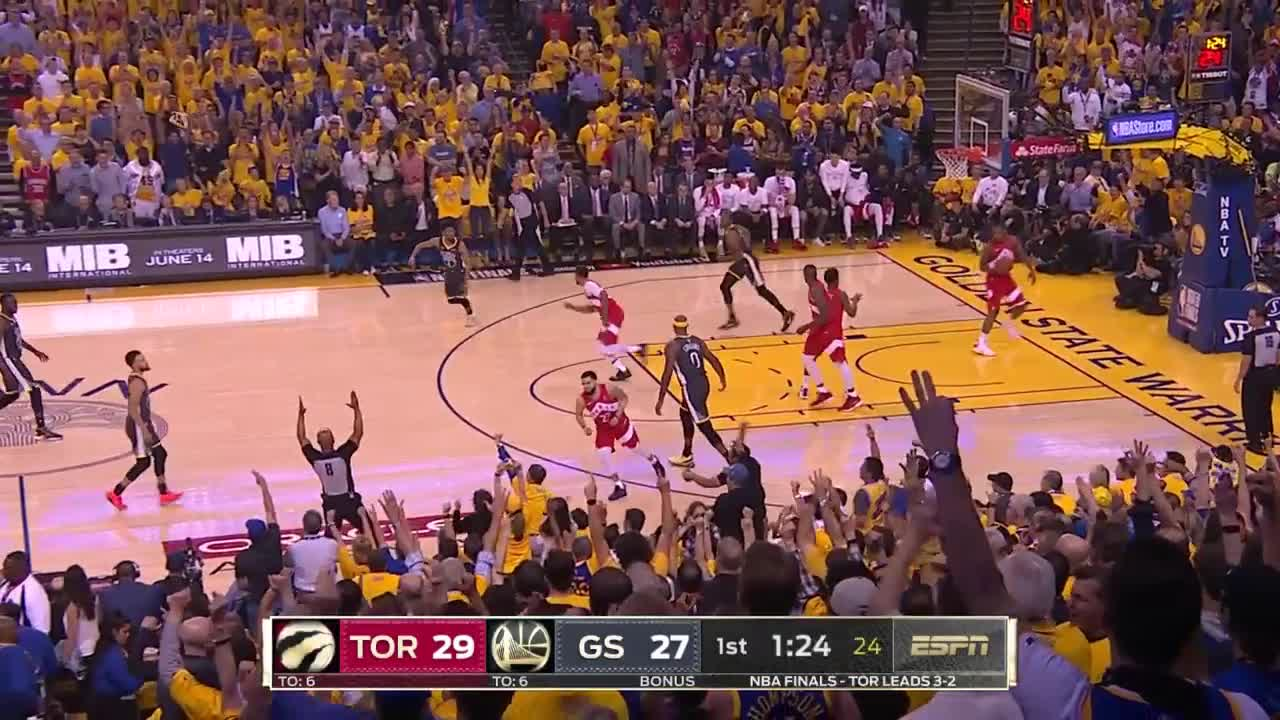 "I don't think it ever went anywhere," Kevin Durant said of Thompson's hand. "But whatever works."

As happens with these things, Thompson's odd celebration was all over Twitter seconds after the Warriors' broadcast picked it up. But in the moment, Thompson wasn't thinking about going viral. He doesn't go online much at all these days.

"The internet is a very volatile place," Thompson said. "I don't try to be on there too much because it's a lot of range of emotions. Mass information is crazy. But I try to read books and stay away as much as I can during the season because you can drive yourself crazy getting into Twitter spats with people."

Thompson's teammates didn't realize he was lighting up social media, either. Not that they were surprised he was talking to his hand during a game. That's the sort of thing they've seen him do countless times over the years.

"He has some special celebrations when he gets going, if he's out-of-his-mind hot or coming out of a couple tough games, that type of vibe," Stephen Curry said. "But shooters shoot, and they keep shooting."

A few big games aside, Thompson is in the midst of the worst shooting season of his career. He's hitting below 40 percent from three-point range for the first time—34.2 percent, to be exact. He's also taking more long twos. Per Basketball Reference, 27.3 percent of Thompson's field-goal attempts on the season have come between 16 and 23 feet, the highest percentage since his rookie year in 2011-12. He's also attempting the fewest threes since that year, with just 39.1 percent of his shots coming from beyond the arc, down from 44.2 percent last season.

Thompson hasn't stopped shooting, though—his 18.8 attempts per game are a career high, and his teammates still expect him to make more of them than he misses.

"I stopped getting excited for Klay, especially after his little slump or whatever y'all want to call it," Durant said. "But when he makes shots, I'm not going to go overboard with the cheering because I expect that out of him. And he expects that out of himself. We're not going to make him feel like he's been away from the team because he's missed shots."

The Warriors need Thompson to be himself. On reputation alone, they have to be considered the favorites to win their third straight title and fourth in five years. But as the calendar year flips, they are far from the juggernaut they've been throughout the Kerr era. At 24-13, they're on pace for 53 wins, which would be very good for most teams but is well below the standard for a group that has never won fewer than 58 games in a season under Kerr.

"This year's different from years previous," Curry said. "There wasn't much of a roller-coaster ride throughout the year. Every night we were putting our best foot forward, playing with a lot of spirit and energy. Teams were having extreme problems with us. This year, it's been a little different with injuries and stuff like that. We're not on our game."

Call it burnout. Call it a holding pattern (remember, DeMarcus Cousins has yet to play this season as he works back from a torn Achilles tendon, though he's expected to make his Warriors debut in the next month). Finding things to play for can be hard when the regular season matters as little as it does to the Warriors. As long as they're healthy from April on, they'll be in good shape. But the focus hasn't been there this year, and they know it.

The Warriors need Thompson, the lowest-profile member of their core four, to be himself if they're going to scale the mountaintop again. It was obvious early Saturday that it was his night, but Thompson and the Warriors believe it will be his night every night.

"I feel it coming every game," Thompson said. "I got into a five-game rut, but that's life. That's basketball. This was long overdue."