Mary Kay Cabot of Cleveland.com shared his comments on Jackson's decision to accept an assistant position with the Cincinnati Bengals: "I didn't like the move and people don't have to care. I'm not looking for anybody's approval."

#Browns Baker Mayfield doesn’t regret anything he said about Hue Jackson after the game or even calling him “fake” https://t.co/u9TDFpK1Ir

Mayfield also addressed his decision to call Jackson "fake," saying, per Cabot: "There's things that happened in the building. No reason to go into detail about it. We've moved on."

There has been plenty of drama between the Oklahoma product and his first NFL coach since the Browns' victory over the Bengals on Sunday. Cabot noted Jackson attempted to hug the quarterback after the game only to be rebuffed for a handshake instead.

Mayfield said he "didn't feel like talking" and added: "I don't know. Left Cleveland, goes down to Cincinnati, I don't know. It's just somebody that was in our locker room, asking for us to play for him and then goes to a different team we play twice a year. Everybody can have their spin on it, but that's how I feel."

First Take host Damien Woody of ESPN said the rookie should "grow up" because "things happen in pro football" and also pointed out Mayfield transferred from Texas Tech to Oklahoma—both Big 12 schools—during his collegiate career.

Mayfield responded in an Instagram comment by saying the two situations are "not even comparable" while pointing out "I didn't lose 30+ games be fake and then do that … I wasn't gonna have a scholarship. Good try though buddy."

Jackson is only with the Bengals—where he used to be an assistant under head coach Marvin Lewis prior to becoming the head coach in Cleveland—because the Browns fired him following a 2-5-1 start.

The AFC North rivals play again in Week 16 in a game that is sure to feature some off-field storylines given the dynamic that has played out after Sunday's contest. 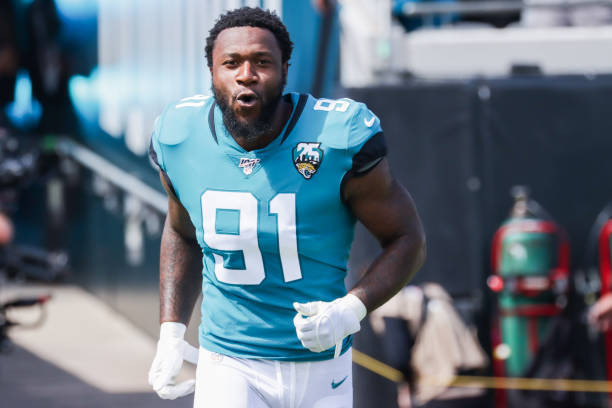