The Denver Broncos are reportedly not actively shopping Demaryius Thomas as the Oct. 30 trade deadline approaches.

According to Mike Klis of 9News, the Broncos will likely listen to offers, but it's a "good bet" Thomas will remain in Denver.

Per ESPN's Jeff Legwold, Thomas acknowledged he has heard rumors, but he made it clear he'd like to remain with the Broncos: "I love to be here. I'm going to do what I've got to do to be ready. ... I love to be here. I've been here my whole career."

Denver selected the 30-year-old with the 22nd pick in the 2010 draft out of Georgia Tech. He topped 1,000 receiving yards in five straight seasons from 2012 through 2016, but his production dropped off last season to 83 catches for 949 yards and five touchdowns, his lowest numbers since 2011.

Thomas is on pace for an even worse season in 2018, as he has just 33 grabs for 372 yards and three touchdowns through seven contests.

With 46 catches for 603 yards and three scores, Emmanuel Sanders has emerged as Case Keenum's favorite target. Further, rookie second-round pick Courtland Sutton is developing into a threat with 14 receptions for 246 yards and two touchdowns. That may make Thomas expendable, and the four-time Pro Bowler also has just one year remaining on his contract beyond 2018 at $14 million.

Denver is on the edge of the AFC playoff discussion at 3-4, but based on Thomas' usage this season, trading him may not be a major detriment to the Broncos' postseason hopes. 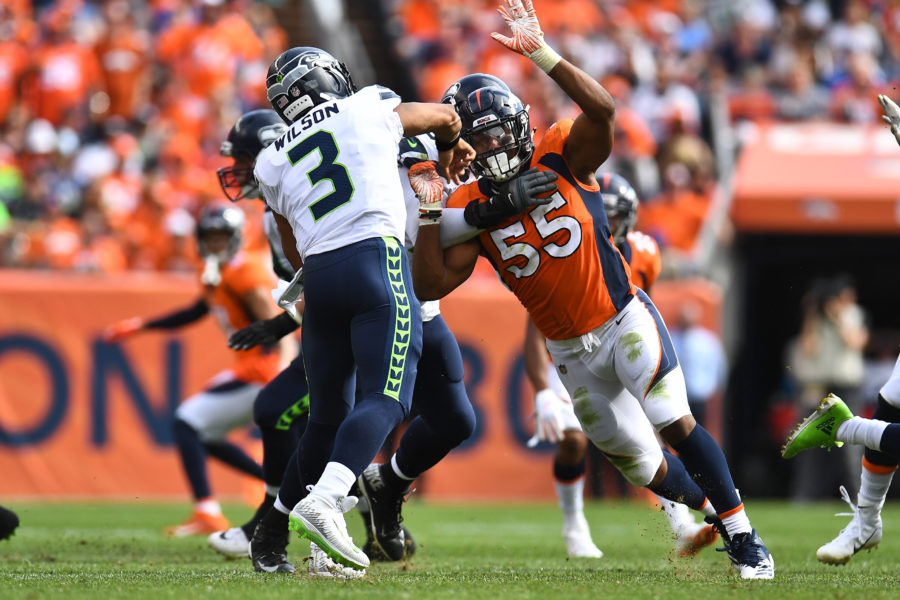