The criminal case against Conor McGregor stemming from April's bizarre bus attack made a soft final landing Thursday in a courtroom in Brooklyn, New York.

As expected, the former UFC lightweight champion accepted a plea deal offered by prosecutors that will spare him any jail time. In exchange for admitting his role in tossing a metal hand truck through the window of a charter bus during a pre-UFC 223 media event at Barclays Center, McGregor had the two felony charges against him dropped.

He pleaded guilty to misdemeanor disorderly conduct and agreed to pay restitution for the damage to the bus, complete a one- to three-day anger management class and do five days of community service.

The agreement won't affect his travel visa, and he won't have a criminal record.

Fans came out to support McGregor as he accepted a plea deal in a Brooklyn court room.TIMOTHY A. CLARY/Getty Images

In other words, McGregor got the slap on the wrist most observers anticipated and now is free to resume his career inside the Octagon.

As always, the "Notorious" one will continue to write his own ticket when it comes to where, when and whom he'll fight next.

The typically bombastic McGregor didn't have much to say following his final court appearance in New York. Addressing gathered media outside the courthouse, the fighter delivered a short, uncharacteristically canned-sounding statement before walking away from the gaggle of microphones.

"I just want to say I'm thankful to the D.A. and the judge for allowing me to move forward," McGregor said. "I want to say to my friends, my family, my fans—thank you for the support."

Audie Attar, McGregor's longtime manager, was a bit more forthcoming. Speaking with ESPN's Ariel Helwani following the hearing, Attar said talks with the UFC about a return have picked up in recent weeks.

While Attar stopped short of saying his client's current relationship with his employers has been in a tenuous place since McGregor and a group of cohorts took Barclays Center by storm April 5, he admitted things have been "on pause" and said the goal will be to "continue to get back to doing good business."

"I think everybody wants to get back to the good old days, if you will," Attar said. "I know Conor has been training. He's been getting in shape. He's in great shape right now, and he's ready to take this next challenge on."

It remains to be seen if McGregor will face any official sanction from the UFC. Company president Dana White was livid in the immediate aftermath of the bus attack, going as far as to hint he might be done doing business with his biggest star.

But White's fire faded fast. Perhaps somebody in the UFC's accounting department reminded him how much McGregor has meant to the company's bottom line since he arrived on the big stage in 2013.

By the end of April, White told TMZ that the UFC would wait to take any disciplinary action against McGregor. The UFC boss seemed to want to find out what the courts had to say before acting.

Now that we know the law isn't going to do much to McGregor, smart money says the UFC won't either. At the very least, the organization likely isn't going to do anything that keeps its most potent pay-per-view draw out of the cage longer than absolutely necessary.

McGregor has already been linked to return dates in October, November and December, but any comeback will be contingent on both sides' reaching a financial agreement they can live with.

If we take Attar at his word, the UFC and McGregor haven't begun talking specifics yet. Negotiations between the two sides have historically been fraught, and McGregor certainly hasn't become any less valuable since his last Octagon appearance in November 2016.

His boxing match with Floyd Mayweather Jr. last summer anointed the Dublin native as a full-blown mainstream sports star. Now that McGregor is essentially footloose and fancy-free of his legal troubles, the biggest obstacle will be getting him on the same contractual page as White and the rest of the new UFC power structure.

At least the title picture in the 155-pound division has cleared up in McGregor's absence.

When Khabib Nurmagomedov defeated Al Iaquinta for the vacant lightweight title at UFC 223, he solidified himself as the leading candidate to be McGregor's next opponent. The 29-year-old native of Dagestan, Russia, sports a 26-0 record, and his hard-nosed grappling attack may present the most difficult stylistic challenge to the Irishman's striking-centric approach.

Yet Nurmagomedov's aggressiveness borders on being reckless and could leave him open for one of McGregor's vaunted southpaw power punches. Those factors alone make a title fight between the two an MMA fan's dream.

Given Nurmagomedov's penchant for ice-cold trash talk and McGregor's well-known gift of gab, the pairing could also do big business for the UFC at the box office. It could become a bona fide mega-event if the UFC goes through with plans to stage it in Nurmagomedov's home country.

To that end, McGregor has been cagey of late. He attended the World Cup final July 15 and posted an Instagram picture of himself hobnobbing with Russian President Vladimir Putin. He also posted a cryptic video indicating that he's building some sort of compound in Russia.

Prior to the bus ordeal, there was talk that the UFC wanted that fight to happen during the organization's maiden voyage to Russia on September 15. With McGregor tied up in the courts, however, the event had to take on a decidedly lower-profile feel, with a main event featuring Mark Hunt vs. Oleksiy Oliynyk in a heavyweight bout.

Yet Attar would only refer to Nurmagomedov as the "likely" opponent for McGregor moving forward. If a deal can't get done for a fight against the lightweight champ, there are a couple of other interesting options for McGregor's return.

There has long been idle talk about a superfight against former welterweight and middleweight champion Georges St-Pierre. St-Pierre briefly returned from a four-year hiatus in November 2017 and won the 185-pound championship from Michael Bisping at UFC 217.

Despite the fact he's 37 years old and has been largely inactive in recent years, St-Pierre would be the most lucrative matchup for McGregor in the UFC landscape. The major sticking point could be St-Pierre's health. Immediately following his win over Bisping, the French-Canadian legend announced he was suffering from ulcerative colitis and moved back into semi-retirement.

If St-Pierre is unavailable, matchmakers could fall back on a third fight for McGregor against Nate Diaz.

That pair smashed company earnings records by splitting a pair of fights at UFCs 196 and 202. The McGregor-Diaz rivalry is one the UFC can pick up whenever it wants, and it will still feel fresh and marketable.

Diaz, though, hasn't fought since his loss to McGregor in August 2016. His own negotiations with the UFC aren't always the easiest, so the biggest obstacle to booking a trilogy fight would be getting all parties to sign on the dotted line.

Whatever happens next, it must be a relief for McGregor to put the bulk of his legal worries behind him. He turned 30 years old earlier this month, so knowing his return to MMA is closer than ever is also reassuring to fans. 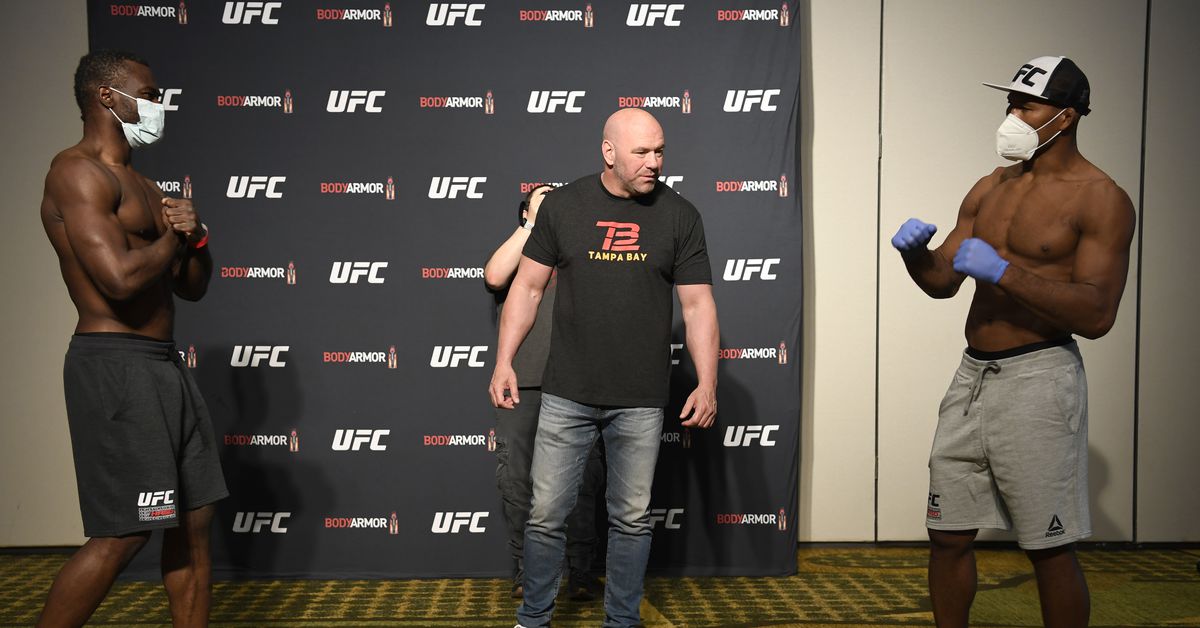 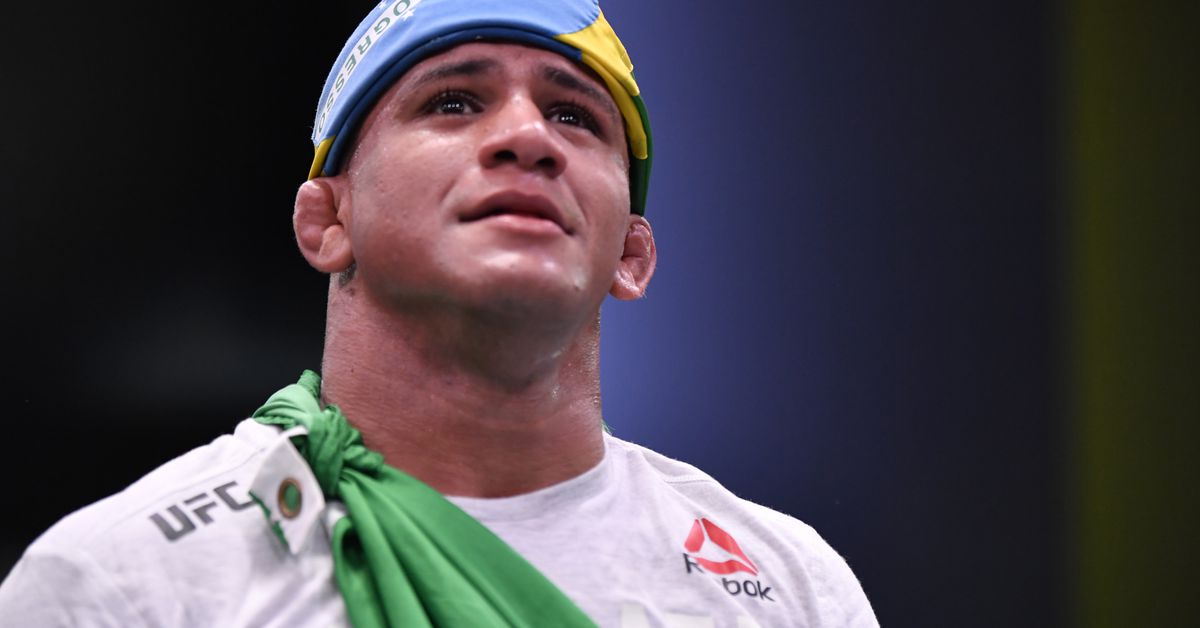 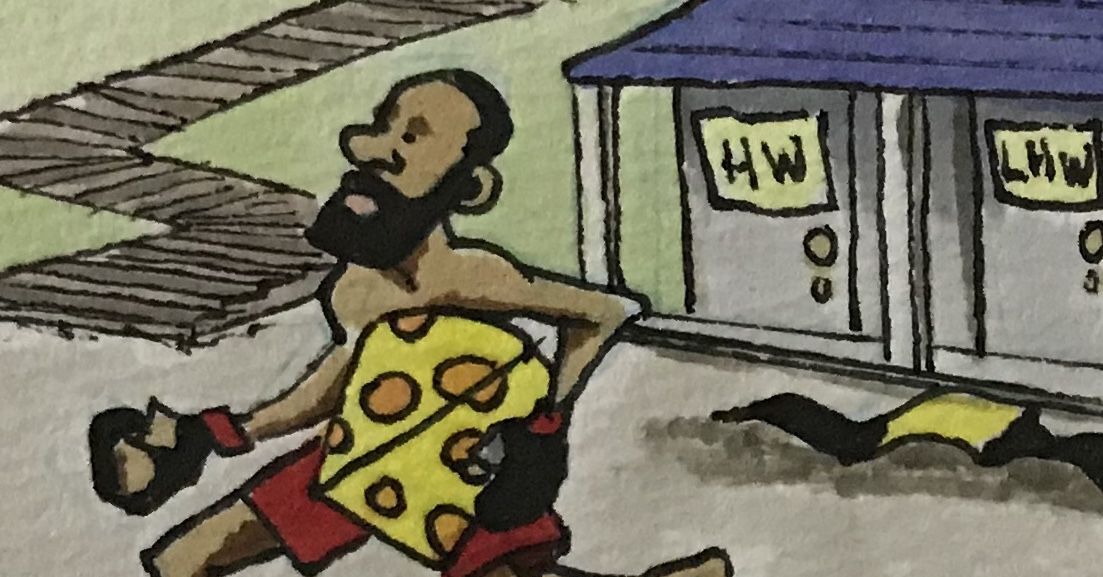