The father of Borussia Dortmund defender Sokratis Papastathopoulos has said the centre-back will complete his move to Arsenal on Tuesday, adding he turned down interest from Manchester United to join the Gunners.

Charalambos Papastathopoulos spoke to Greek radio station Radio 24/7 and confirmed his son is already in England ahead of the speculated move, which he expects will be wrapped up on Tuesday (h/t James Benge of the Evening Standard): "He is happy, he is in England at the moment, and tomorrow everything will be done. The English league is the highest [level] in the world, the most competitive, and I believe he will do well."

However, Benge later suggested the senior Papastathopoulos may have been jumping the gun in terms of a completion date, with his son expected to sign a three-year deal that will keep him at the club until 2021:

Arsenal aren't quite as optimistic as Papastathopoulos senior, so I wouldn't expect an announcement tomorrow. But everything moving in the right direction.

A move to the Emirates Stadium would see Sokratis reunited with former Dortmund team-mates Pierre-Emerick Aubameyang and Henrikh Mkhitaryan, the latter of whom came to north London via Old Trafford.

The Mirror's Alex Smith provided more quotes from that interview, from which he detailed the Red Devils' interest in the player: "There was interest from United but he had to wait until July for them. United have a very good relationship with Dortmund; the teams talked but Sokratis chose to go to Arsenal. Arsenal had talked two years ago, but I don't know why he didn't sign."

He added Sokratis' expiring contract was another factor in his decision to leave the Westfalenstadion, and it's expected new manager Unai Emery's side will pay £16 million for the player.

Sokratis turns 30 on June 9 and would bring some much-needed experience to a back line that has bid farewell to veteran Per Mertesacker, while Laurent Koscielny will miss a good portion of the season due to a knee injury.

German football writer Lars Pollmann debated claims the deal was a bargain for Arsenal, although he agreed there was value for all parties involved:

@MarkoTomic1497 @Super_G_ Jose Fonte. Adil Rami. Miranda. All went for less. Sokratis will cost more than Alderweireld cost Spurs and he was much younger. I'm not even sure what you're trying to say. Sokratis is not a bargain. He's also not very expensive. It's solid value all around.

Emery will hope the familiar connections between Black and Yellows alumni Aubameyang and Mkhitaryan will only help the Greece international's transition from the Bundesliga.

The benefits of purchasing players with a shared past seem obvious, although ESPN FC's Liam Twomey posed the suggestion that Arsenal's recruitment had become a bit lazy:

Sokratis would make it three ex-Dortmund players in Mislintat's first four signings as Arsenal's recruitment chief. Not the most imaginative start...

Arsenal fans might also look forward to Sokratis forming a centre-back partnership with fellow Greek defender Konstantinos Mavropanos, although the 20-year-old may struggle for first-team chances this term after appearing in only three matches last season. 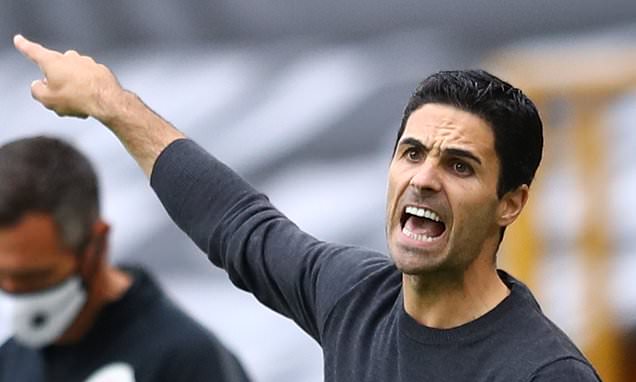