The exclusive Pavillon Cambon in Paris in February was quite a scene. Footballers mingled with celebrities freely at a black-tie event.

The guests were sipping on cocktails that were all given football-related names. One was named after the most important man in the room: Neymar Jr.

It was his 26th birthday, and he had flown in 50 friends from Brazil, all expenses paid, to make sure he celebrated it right.

It wasn't always like this. Not for Neymar, and certainly not for his friends.

Despite an official statement last year that the country's recession was ending, the unemployment rate rose to 12.6 percent in Brazil in February, the same month Neymar was enjoying his 10-hour super party.

But Brazilians are widely known for taking life easily and pleasantly; a lack of job opportunities doesn't stop them having a laugh. A popular joke is that the only career not affected by the economic crisis is being Neymar's friend. It's hard to disagree.

Neymar's pals are called parcas (a slang term in Brazilian for "partners"). He takes them absolutely everywhere.

But what is it like to be part of Neymar's ever-expanding team? Is it all models, celebrities and exotic drinks like it was on his birthday? Or is it all about business? An escape from the economic hardships in Brazil?

In truth, it's a bit of both...and it's certainly a wild scene.

As NBA superstar Draymond Green said on ESPN after partying with Neymar and his buddies in Ibiza last summer: "We see stars in America and it's amazing. But [footballers like Neymar] are stars on a completely different level over there. It's insane. It's like a huge cult."

When Neymar arrived in Europe in 2013 to play for Barcelona, he was certainly already a big name—if not yet the global brand he is today.

His entourage back then looked almost quaint by today's standards, with "just" five of his friends making that initial move to Europe with him.

Former Barcelona president Sandro Rosell revealed in court that €300,000 (about $350,000) was paid to bring Neymar's family and his old mates in a private jet to his unveiling at Camp Nou. The group watched it from the bench and were presented with shirts with the label "toiss"—a word invented by Neymar's gang after the Brazilian slang "noiss," which means "us"—on the back.

Fast forward four years, and Neymar's entourage had ballooned to more than 30 buddies, including his hairdresser, when he arrived at Paris Saint-Germain. One has to wonder how it's going to be if he leaves Parc de Princes one day. Could his band get any bigger?

In the world of entourages, some friends are more important than others, and Gil Cebola, Jota Amancio and Carlos Henrique play key roles in Neymar's inner circle. They all live with him in a mansion in Bougival, a western suburb of Paris. Some critics say they're "professional friends" because they earn around €10,000 (currently about $11,700) a month from their pal. Most Brazilians can only dream of making such figures.

They live off him but, in a sense, he also lives off them. Cebola (in English, "onion"), Amancio and Henrique know what it takes to get Neymar through each day.

They were by his side in the summer of 2016, when instead of playing for Brazil at the Copa America Centenario, Neymar was partying in Las Vegas.

Images went viral of Neymar and his friends spraying champagne at the same time Brazil were being knocked out by Peru. Neymar was pictured with Serena Williams at the party. Models and UFC Octagon Girls Jhenny Andrade and Camila Oliveira joined in on the fun.

The Brazilian superstar and his crew had emulated a scene from the movie The Hangover at the arrival to the hotel and Neymar also got to meet Michael Jordan.

Of course, people are quick to criticize when a professional athlete is seen to be not taking his trade seriously.

Preventing information like that from leaking out can be nearly impossible when there are always so many people surrounding Neymar. For six years, it was Eduardo Musa's responsibility.

A former Santos marketing director, Musa was hired to work exclusively as Neymar's adviser. As part of the job, he was given an unlimited credit card to pay the star and his entourage's expenses wherever in the world they wished to go.

He was also the last word on any inquiry for the group and was pulled out of bed a number of times to pick them up after all-night parties. But he grew tired of that life, especially after a row with Neymar's father.

"I don't work with footballers anymore," Musa tells Bleacher Report. "I can't complain about anything; it was an amazing experience—my goal as a professional. But inevitably, when you work with such a huge guy [as Neymar], you have no personal life. I don't want to pay this price again."

As Neymar's guardian angel, Musa handled a variety of issues that included not only dealing with media and sponsor duties, but also watching out for his friends. He worried about them being approached for interviews and had to shield them from reporters.

No easy task, considering how much being beside Neymar gets you noticed.

The obsession to have a close-up view of their lives is such that a poker night with Neymar and his pals was sold for $40,000 in a recent charity auction.

Cebola had a short stint as the footballer's representative but is now Neymar's photographer and has been in charge of his live broadcasts and videos. He also owns a clothing brand, a tattoo shop and an events production company.

Cebola now has almost 500,000 followers on Instagram. He's so famous that Google once chose him as a part of an advertising campaign in Brazil.

When Brazil's second-largest airline, Gol Linhas Aereas Inteligentes, recently signed Neymar as their new face, they surprisingly announced that he would not actually be featured in any advertising campaigns as he prepared for the World Cup. Instead, Cebola led the campaign.

Neymar believes a large part of his success is having the parcas by his side, and he has never been shy when it comes to sharing his wealth with them.

Last summer, in the build-up to his world-record-breaking transfer, he treated his pals to a vacation off Ibiza. Not one to miss the chance to celebrate, he then traveled to St. Tropez once his move to Paris was confirmed. He had 12 bottles of champagne delivered to his table while a funk version of the Brazilian national anthem was played in a beach club.

When the PSG superstar returned to Brazil to undergo surgery in March, his close allies packed their stuff and switched their base from Bougival to another mansion in Mangaratiba, on the coast of Rio de Janeiro (the state). The area was about the same as an official football pitch with six suites, a gym and a hangar for his 10-seat private jet.

There's plenty of space for all of them and, more importantly, privacy.

Musa had long-term plans for Neymar's friends and wanted them to be more than mere distractions for the PSG ace.

"I have no doubt they're very important for Neymar, but I tried to turn them into a professional support for Neymar's career as well. One of them would become a photographer, the other would work as a manager," he says. "But his father didn't accept it [at that time]."

Such a move might have improved the parcas' reputation. Many fans in Brazil hold the impression that Neymar's friends take advantage of him and are the main reason he has not matured and seems to live in a world apart from everyone else, a place where he isn't subjected to criticism, his own Disneyland.

"Neymar's being prepared to become the world's best player," says former Santos coach Muricy Ramalho, who is now an analyst for the local network Globo. Ramalho, a four-time Brazilian champion, worked with him between 2011 and 2012 and never had any trouble with his entourage. "His father takes care of every single detail in order for him not to be bothered and just play his game. If he wants to have his friends around, it can only help. He doesn't have to worry about anything else and will not be alone. It worked out in Barcelona, and I'm sure it will be the same in Paris.

"It's nobody's business if they make a living from his status. If he doesn't mind, why should we?"

As Brazil's team coordinator during the 2016 Olympic gold-medal campaign, Erasmo Damiani dealt with the parcas almost every day for a month. He blames the media for distorting their image.

"People are interested in everything about Neymar, but most of the time it's reported in a very negative way, trying to wreck his reputation for reasons I can't understand. It blows my mind," Damiani says.

"Take his friends as an example. We had no issue with them in the Olympics. Neymar wanted to have them around, blocked rooms and they stayed in the same hotels we did. But they respected our schedule and showed up in designated times only. They never had any special treatment."

"Obviously, there are now a lot of people trying to get close to him. But his father pays a lot of attention to it—in my opinion, more than he needs.

"[In the beginning], these kids had to be his friends, not Neymar's. He controls everything and makes it clear that they should never do anything behind his back. I'm not meaning to judge if he's right or wrong; it's just the way he handles things."

Life in this world of entourages is definitely nice. It can mean nonstop parties, access to celebrities, dating models and being adored by passionate fans—all while still not having to deal with being the one who has the pressure of a multi-million-euro contract.

"He lives in a pressure-cooker and we are an escape [from it]. We don't talk about football. We're a way for him to let go of the stress of his life. We're together to chat, travel," Gustavo Almeida, one of Neymar's best friends, told Brazilian outlet UOL Esporte in a rare interview.

Gustavo was Neymar's teammate on their childhood futsal team but retired from playing in 2014 when he was asked to move to Barcelona by his more-talented friend. Since then, like most of the crew, he's been employed by one of Neymar's family companies.

All of them have been encouraged—and offered financial support—to invest in business opportunities and pursue careers.

Adopted as a brother after being released from Santos, Amancio tried to resume his career after getting a trial at Leganes, but he wasn't approved. Until recently, he was dating a Big Brother champion. He remains popular with fans and calls himself Neymar's personal adviser.

It is the dream of many young Brazilian kids to become one of the best footballers in the world. But it would seem, just being friends with one is a great consolation prize. 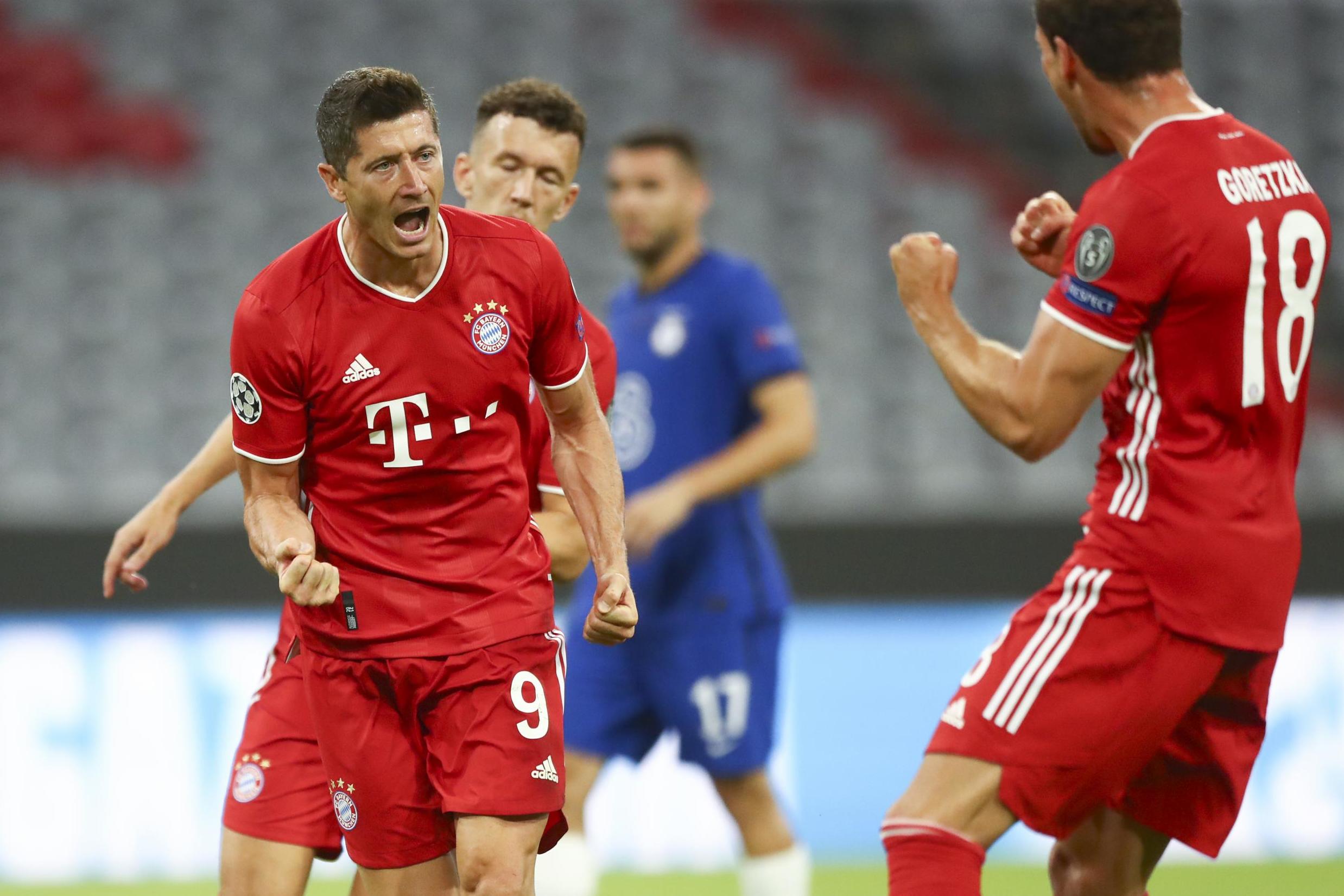